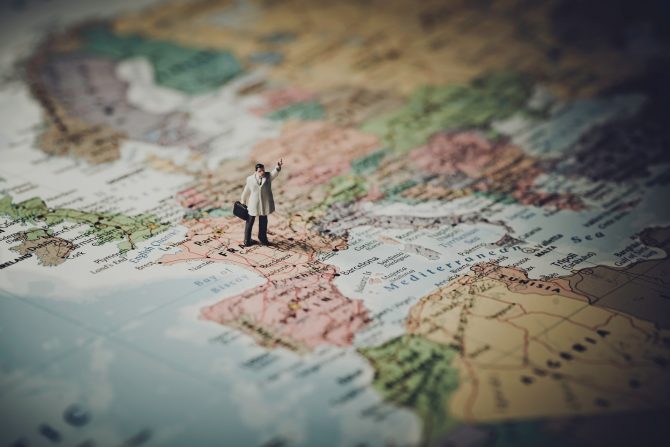 France has had a lot to complain about this week with more bad news for travellers between France and the UK, and the Health Pass extension meeting with resistance. Here are the four French news stories you need to know about this week.

It seems like every week brings a new development in the ongoing saga of ‘travel between the UK and France’. This time it was the UK’s turn to issue the bad news. On July 28, the UK announced that all fully vaccinated travellers arriving in the UK from European countries could now skip the mandatory 10-day quarantine, except those arriving from… France!

Yes, France is the only country singled out for these new rules, being classed as an ‘amber plus’ country, which means that arrivals from France (officially, anyone who has sent time in France in the ten days before arrival in the UK) will still be subject to the mandatory quarantine. All travellers from EU countries (including vaccinated travellers) will still be required to take Covid tests before departure and after arrival.

UK Foreign Secretary Dominic Raab attributed this decision to the presence of the Beta variant in mainland France and French territory Réunion, but indicated that the government wanted “to get France up the traffic light system as quickly as possible”. However, French government ministerClément Beaune openly attacked this statement the following day, saying on French TV:  “It’s frankly incomprehensible on health grounds. It’s not based on science and discriminatory towards the French. I hope it will be reviewed as soon as possible; it’s just common sense.”

With mounting pressure from expat groups and the French government, it is hoped that these ‘amber plus’ rules will be scrapped in the coming days. Fingers crossed that our next newsletter will bring yet again more changes.

2. Health Pass in Force from August 9

We announced last week that France’s Health Pass (Pass Sanitaire) law had been passed by parliament, and the Health Pass extensions will now come into force from August 9 (next Monday). From this day, an activated Health Pass (proving that you are either fully vaccinated, have recently recovered from Covid-19, or have had a negative Covid test within the last 48 hours) will be required for entrance to all bars, restaurants, nursing homes, and hospitals (for visitors). The Health Pass is already required for entry to all gyms, cultural venues, and public events with a capacity of more than 50 people.

A period of ‘adaptation’ has been mentioned for the first week, indicating that there may be some leniency as businesses and individuals adopt the new rules, after which there will be fines for businesses who fail to comply.

The Health Pass will also be required for all long-distance travel, including domestic flights and TGV and intercités trains, with checks taking place at stations, as well as random checks on-board. French transport minister Jean-Baptiste Djebbari also confirmed that refunds will be available for SNCF ticket holders who test positive 48 hours before their trip and are therefore unable to travel.

For more details on the Health Pass for those vaccinated in France, UK and the United States, see last week’s News Digest.

A third weekend of manifestations against the aforementioned Health Pass took place in Paris last Saturday, with more than 200,000 people marching through the city and a reported 76 arrests taking place. Demonstrators followed suit inseveral other cities across France, including large gatherings in Montpellier, Bordeaux, Nice, and Marseille. Among the complaints were the mandatory vaccines for health workers and the impingement on civil liberties imposed by the Health Pass.

France’s Interior Minister, Gérald Darmanin, seemed unconcerned by the protests, telling Le Parisien: “In Paris, we are talking about 150,000-200,000 protesters. If I draw a parallel between that and the four million people who got a vaccination the day after the President’s speech, I can see that these protesters are not in the majority.” He added that it has always been the democratic right of the French to make their opinions known and “protest against government decisions”.

4. Gas and Electricity Prices Go Up

Those of us living in France, along with second homeowners, may find an unwelcome bump in our utility bills from this month onwards. Gas prices (which already increased by almost 10% in July) will once again rise by just over 5%. Electricity bills will go up slightly, too, as the TURPE taxes (which account for up to 40% of your electricity bills) rise. Thankfully it’s not a significant increase — up to 1.57%.