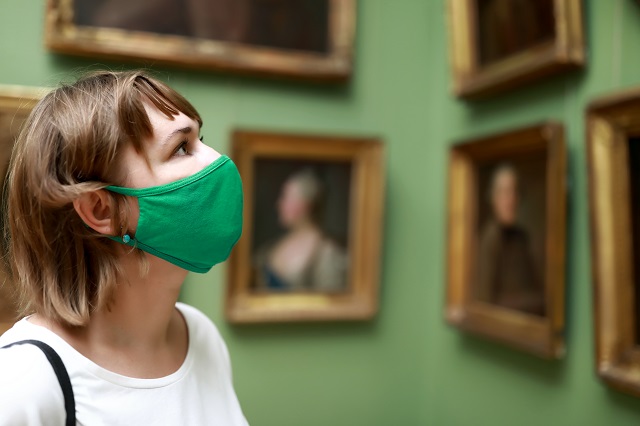 In France, the latest report provided by Santé Public France concerning the Covid-19 pandemic shows at least 3,760,671 confirmed cases in total, with 4,703 of those emerging in the 24 hours to Monday.

There were 375 additional deaths in the same period, which brings the total number of deaths to 86,803. Due to limited testing facilities being open, weekend reports are always lower than recent trends.

The number of deaths in EHPADs (care homes) and EMS (medico-socio centres) now stands at 24,856 while the number of hospital deaths is 61,947.

France currently has 25,430 people hospitalised with Covid-19, of which 3,544 are in intensive care.

Hospital cases and number of deaths in the 24 hours to Monday, by French region:

President Macron has said that France can expect to stay under the current 6pm curfew (couvre-feu) for another four to six weeks.

The President of the Republic was answering a question posed by a teenager during a visit to a training and mentoring centre in Seine-Saint-Denis, Paris, yesterday.

The young man had asked Macron to relax the curfew “until 7pm, because it’s hard”, but Macron replied by urgin him to “hold on a few more weeks,” reported AFP. “Four to six weeks,” he added.

A statement from the Elysée Palace later confirmed the President’s timeframe, saying: “This is a time when the vaccine strategy will have developed. In four to six weeks, we will have vaccinated more French people, which will have an impact on the evolution of the epidemic.

The statement then went on to say that current measures will not change: “The strategy does not change. We continue to take the necessary measures, always on a case-by-case basis.”

New restrictive measures could soon be in place in about twenty departments, which might be put under “reinforced vigilance”.

Discussions are currently under way between prefects and local elected officials in these departments, particularly in the Ile-de-France region and around major cities (Lyon, Marseille, Lille).

Local weekend confinements, such as those imposed in Nice (Alpes-Maritimes) and Dunkerque (Nord), could be ordered at the end of the consultations. No announcement is expected until at least March 6.

Speaking last Thursday, Prime Minister Jean Castex said these departments have “a high level of incidence, around 250 cases per 100,000 inhabitants, a level of new variants that exceeds 50%, hospital pressure close to the critical threshold and, finally, a viral circulation that is beginning to accelerate seriously.”

The mayor of Paris, Anne Hidalgo, confirmed her opposition to the kind of local weeekend confinement, as seen in Nice and Dunkerque. After meeting with local mayors, the police and the Regional Health Agency (ARS), she said she wanted to retain access to public spaces for the capital’s population and asked that the rate of vaccination be multiplied by four.

She defended the right of Parisians to go out. “The more we restrict public spaces and outdoors time for families, the less we fight against Covid,” she stated. “This is what we learned from the first confinement, outside we have less risk of catching Covid, as long as we wear a mask and we are respectful of the barrier gestures,” she said.

Vaccinations in France: an update

Meanwhile, France has reversed a previous stance by approving the AstraZeneca vaccine for over-65s.

“People affected by co-morbidities can be vaccinated with AstraZeneca, including those aged between 65 and 74,” the health minister Olivier Véran said.

Last month France approved use of the vaccine for under-65s only, citing lack of data for older people. Macron called the vaccine “quasi-effective” in January but last Friday he said: “If this is the vaccine I’m offered, obviously I would take it.”

The Oxford-AstraZeneca vaccine is widely given in the UK, but some EU countries are still limiting it to the under-65s, including Germany, reports the BBC.

Reopening of tourist, cultural sites and restaurants to be discussed

According to Franceinfo, this Thursday President Macron will chair a first inter-ministerial meeting to examine how a gradual ‘reopening’ of French tourism, culture, restaurant and sports sectors might take place.

The President is convinced, says the news outlet, that any date for reopening these sectors will depend on the evolution of the vaccination plan.

Last Friday, bookshops and record stores were added to the list of “essential shops” – and thereby allowed to open again, though only at weekends from 6am to 6pm – after the publication of a decree in the Official Gazette.

The Minister of Culture Roselyne Bachelot “welcomed” the government’s decision. “Bookstores are essential businesses. There has never been any doubt about that. During the second containment, the possibility of click-and-collect and the free shipping of books offered to booksellers helped to maintain their business,” she told Agence France Presse.

Previous Article Income Tax in the UK and France Compared
Next Article Own 5 Easy Holiday Homes for €220k worth €4.9m+