French News Weekly: Could the strikes still cause problems for you? 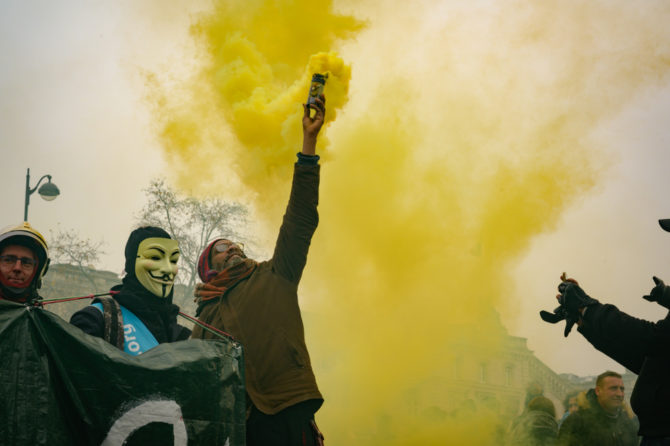 Last week’s news in France was, predictably, dominated by the promised strike action. We’re running through what happened when the unions took to the streets, plus the other French news stories you may have missed.

It appears as though the protests may be triggering some change, though, as the government has promised that the police will retain their rights after the reform comes into play. With travel still not running as usual, and the strike considered open-ended, it’s not yet known whether the end is in sight. If you’re planning to travel, check your routes very carefully.

Jean-Luc Mélenchon, far-left leader of the France Unbowed party, was handed a three-month suspended prison term and an €8,000 (£6,700) fine for intimidating officials investigating anomalies in his funding. He was caught on video shouting “I am the Republic!” and shoving a police officer, before attempting to break into a building. It’s suspected that EU funding was misused in the hiring of parliamentary staff.

Meanwhile, a group of NATO leaders including President Macron seemed to mock US President Donald Trump in a moment caught on camera at a NATO event at Buckingham Palace. President Trump was apparently so incensed by the slight that he left the conference early.

La Poste’s annual calendar is out and beady-eyed recipients have spotted an interesting feature: the UK is omitted as an EU member state. Some are calling this somewhat premature, as the General Election in the UK this week may throw the outcome of Brexit even further into question.

The first foie gras produced without force-feeding has gone on sale in France, but it’ll cost you! The traditional production process, which requires geese to be cruelly force-fed to give them fatty livers, has come under fire for years, with some calling for its production to be banned altogether. This innovative new version claims to have all the richness and flavour of foie gras but uses supplementary bacteria that results in a fatty liver without the controversy. It’s currently on sale for €124 per 125g.

Looking for a job in Paris? The British Embassy is recruiting a butler. With a starting salary of over €2000 a month, applicants must be well-presented, speak fluent English and preferably have some culinary qualifications.