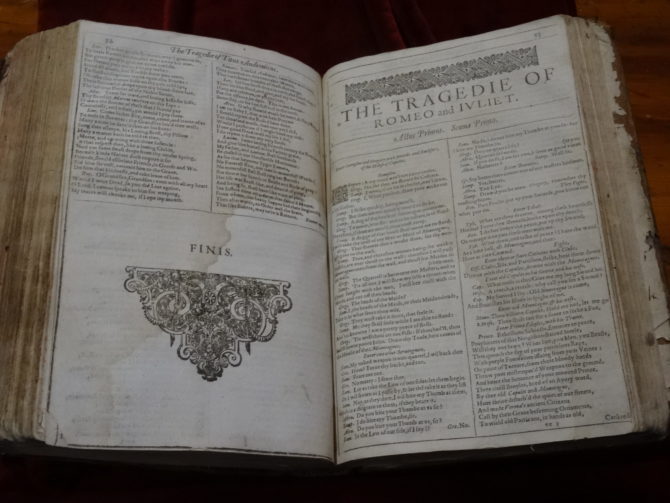 A First Folio edition of William Shakespeare plays has been found in a library in Saint-Omer, where it had remained undiscovered for 200 years.

Medieval literature expert Rémy Cordonnier was responsible for the book’s discovery at the Bibliothèque de l’Agglomération de Saint-Omer. This finding only enriches the library’s reputation for its exceptional rare books collections, which holds, amongst 50,000 other precious volumes, one of the 49 known copies of the Gutenberg Bible.

Professor of English literature at the University of Nevada, Eric Rasmussen, was called in to authenticate the tome, confirming that it dates back to 1623. Published seven years after Shakespeare’s death, the edition contains almost all of the plays widely considered to be his and helped to establish his fundamental literary legacy. One of only 233 known copies worldwide, this is one of the rarest and most valuable books on earth. Only two are held in France, the other being kept at the Biblothèque National in Paris.