British People Living in France After Brexit: Your 2021 Checklist 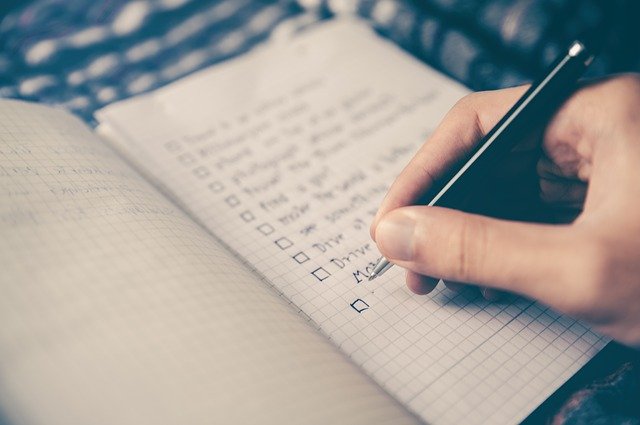 If you’re a British expat in France and were resident before January 1st, 2021, your rights as a French Resident are protected under the UK’s Withdrawal Agreement with the EU. But what do you need to do now to secure those rights and ensure you have the right documents and legal status to live in France post-Brexit? From residency permits to healthcare, driving licences to new passports – this 2021 checklist will make sure you don’t forget anything.

All British residents in France MUST apply for a French Residency Card (Carte de Séjour) by September 30, 2021*, so put this one at the top of your to-do list. Applications can be made via France’s online residence permit application site or read our article on Living in France After Brexit for full details, including the required documents. This applies even for those who already hold a Carte de Séjour – new documents are needed post-Brexit, so you will need to reapply.

*Note that this date has been extended from the original date of June 30, 2021.

2. Ensure Your Healthcare is Covered

If you’re a recent arrival in France or haven’t yet registered in the French healthcare system, this should be your next priority. Register online at Ameli, France’s Social Security website to get your French Social Security Number and your Carte Vitale (your French social security card). Retirees in France whose healthcare is covered by the UK will need to request an S1 form from their UK pension provider. You might also want to consider taking out top-up health insurance, known as a ‘mutuelle’ in France.

Head to our Healthcare zone for more information.

As of July 2021, France has a new agreement in place regarding licences for British expats. It is no longer a requirement for all British expats to change their British driving licence for a French one, depending on certain criteria.

Find out about other changes to Driving in France After Brexit.

While your French residency ensures you maintain your pre-Brexit rights within France, if you are a British passport holder, remember that you are now a non-EU citizen and will be treated as such when you travel.

Thankfully, you DO NOT need to change your current EU passport, and it will remain valid until it expires. However, if your passport is due to expire in the next year, you should apply now for a new UK blue passport. As a UK National, not only will you need your passport for all travel within the EU, but it must have an expiration date greater than six months in order to travel.

Learn more about the changes to travel between France and the UK after Brexit.

If you’ve already lived in France for more than five years, you have the right to apply for French Citizenship, which you can do on the French government website. Until now, many British expats didn’t feel that the application process (which, to be fair, does include a lot of paperwork and procedures) was worth the effort, being as British Citizens were afforded pretty much the same rights as their French compatriots. With the UK now out of the EU though, it might be worth reconsidering.

Becoming a French citizen means you would once again be an EU citizen and be afforded the same rights to freedom of movement within the EU as you had before. Within France, it also means being able to vote, run for office, guarantees French nationality for your children, and, of course, grants you permanent lifelong residence (with no more carte de séjour applications!).

6. Plan for Your Trips Back to the UK

As a British expat, it’s likely you have family back home in the UK and probably hop across the Channel at least once a year, so it’s worth planning ahead to avoid any last-minute surprises.

You’ve already checked that your passport is up-to-date, but if you have a French spouse or family member who currently travel using their ID card, remind them that they will now need a passport to enter the UK.

If you enjoy filling up your car with British favourites or typically pack some sandwiches for the journey, be sure to read up on food import/export rules too – meat and dairy products, for example, can no longer be taken across the border. For Pet Owners, there are also important changes to Pet Passports and Travel With Pets After Brexit.

Finally, don’t forget to turn off roaming on your phone unless you are sure that your service provider allows free coverage outside the EU – free roaming in the UK is no longer a guarantee.

Head to our Brexit zone to learn more about living, travelling, and buying property in France from now on.

Previous Article Mortgage Update: Why the ‘Approval in Principle’ Is Important
Next Article Living in France After Brexit: What You Need to Know