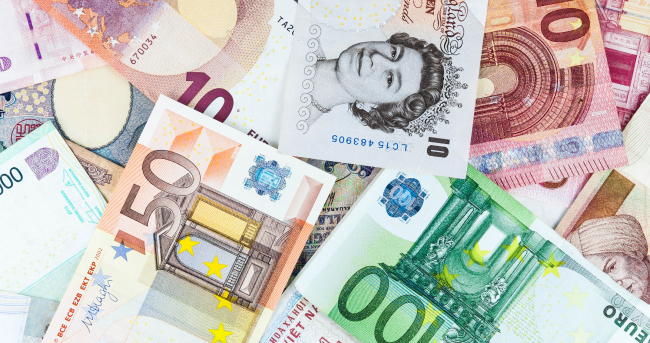 The Bank of England (BoE) surprised markets yesterday (Thursday), however, the surprise was not their 75bps rate hike, but their particularly dismal outlook on prospects for the UK economy, as they forecast a long recession ahead for the UK, as part of their updated forecasts. Furthermore, the BoE issued some particularly strong guidance accompanying this rate hike, suggesting that UK rates will not need to rise much further to bring inflation back to their 2% target. ‘We can make no promises about future interest rates, but based on what where we stand today, we think that (interest rates) will have to go up by less than currently priced into financial markets.’

BoE governor Andrew Bailey was at pains to observe that this is important, given that rates on new fixed-term mortgages should not need to rise as much they have done. Market-implied probability for future UK rate hikes was quickly adjusted on that line. Indeed, long-term mortgage rates have also subsided somewhat over the past week, a move which is likely to continue (for now) given the BoE’s insistence on a lower terminal rate.

The pound accelerated its post-Fed decline, with GBP/USD slipping as low as 1.1155 on the session, before rebounding a touch. GBP/EUR slipped from over 1.1600, to around 1.1450. The move lower for sterling was probably fuelled (other than broad dollar strength) by the rather pessimistic outlook for UK economic growth from the BoE, with their forecasts predicting a painful recession likely to last as long as eight quarters, which if played-out, would represent the longest recession in the UK since the second world war.

Looking ahead, ongoing UK economic data will play a key role in determining market direction for UK assets, especially the next couple of inflation reports, to see whether the BoE are anywhere near being correct in their perception that inflation is likely to peak by the end of this year. However, with the UK economy already looking particularly soft, next week’s Q3 GDP reading will also be closely monitored.

Despite those recent bumper 75bps rate hikes from the ECB, with the last being just a week ago (to 1.5%), the latest data has seen Euro area inflation pushing over the key 10% region, rising to 10.7% from 9.9% previously. That figure had already been a record high for the region. Inflation in Italy has now reached 12.8% (YoY), whilst Germany is not far behind at 11.6%. Think that is bad? Inflation in Estonia, Latvia and Lithuania is now above 20%. Ouch. Clearly those ongoing high energy and Food prices are the biggest drivers to those increases to headline inflation. Extract those as well as beer and tobacco from the mix, and the core harmonised reading is a far more digestible 5% or so.

On the plus side, growth in the region remains in positive territory (just), with a 0.2% increase from the previous quarter. However, that figure is way down from the 0.8% reading beforehand, reflecting the sharp slowdown in activity for the region.

On balance, it seems as if the ECB will need to continue to raise rates at the current pace (75bps) for the foreseeable future, as they attempt to contain surging inflation. ECB head Christine Lagarde, said as much this week. However, with big imbalances throughout the region, such as Italy’s debt to GDP ratio of 150%, as well as Spain having more than 75% of personal mortgages being of the tracker variety, each rate hike from here will become ever more painful for many.

As for the Euro, well the single currency slipped in-line with other currencies against the dollar after the FOMC on Thursday, with EUR/USD dropping back below 0.9750, having been near to parity in the morning beforehand. However, one look at GBP/EUR (see GBP) confirms that the broader Euro actually held-up far better.

Previous Article How To Change Your UK/Foreign Driving Licence for a French Permis de Conduire: Part 2
Next Article Gites de France: A Thing of the Past or Are Gite Owners Missing a Trick?