Theresa May to Trigger Article 50 on 29 March 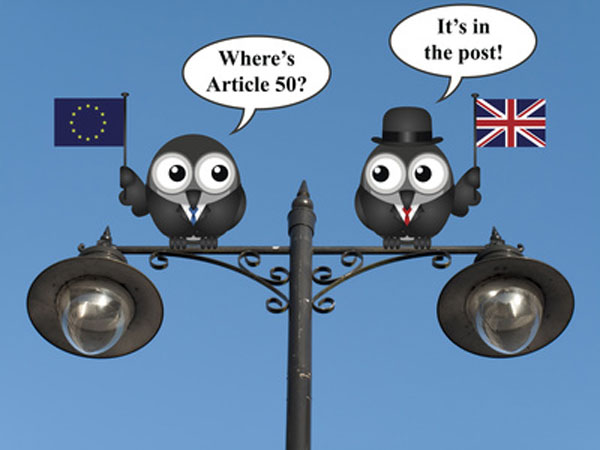 The prime minister’s spokesperson has confirmed that Theresa May will trigger article 50 on Wednesday 29 March starting the official process for withdrawing from the European Union. The spokesperson also  said  “We have always been clear that we will trigger by the end of March and we have met that timetable. It is hoped negotiations will start “promptly”, adding: “But we fully appreciate it is right that they have the opportunity to agree their position.”

Sir Tim Barrow, the UK’s permanent representative to the European Union, notified the EU on Monday morning that a letter should be expected on that date.

Donald Tusk, President of the European Council, stated on his twitter account “Within 48 hours of the UK triggering Article 50, I will present the draft #Brexit guidelines to the EU27 Member States.”

“Last June, the people of the UK made the historic decision to leave the EU. Next Wednesday, the Government will deliver on that decision and formally start the process by triggering Article 50.”

“We are on the threshold of the most important negotiation for this country for a generation.”

“The Government is clear in its aims: a deal that works for every nation and region of the UK and indeed for all of Europe – a new, positive partnership between the UK and our friends and allies in the European Union.”

Previous Article Rent your Property to Holidaymakers with Holiday France Direct, a Brittany Ferries Brand
Next Article My French Garden in the Pays de la Loire

A Week of Announcements – Sterling Update