My French Garden in the Pays de la Loire 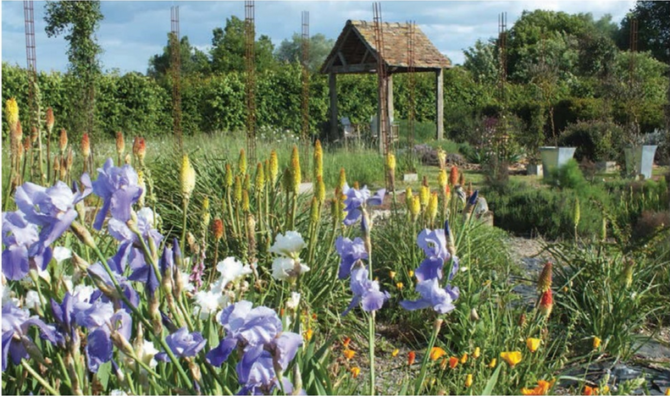 Edward Moss tells Miranda Ingram about the ten years of back-breaking work that went into the garden at Le Domaine.

Ten years ago, Edward Moss and his partner, David Marsh, moved into ‘Le Domaine’, their beautiful house at Epineux-le-Sequin in the Mayenne département of the Pays de la Loire. The property has seen many changes over the years. Built as a chapel in the 13th century, it was confiscated during the French Revolution and, eventually, became a farm.

“There was no garden of any description when we arrived.3 Edward recalls. “Just five acres of overgrown land with scrub, rubbish and the old village dump, to make things even more delightful.”

Edward had previously tended a plot in the Deux-Sevres which was also on disused farm land. However, he confesses, “That, a 20 square metre garden in London, along with window boxes, comprised my experience of gardening.”

Nevertheless, Edward’s always possessed a passion for plants and gardens, as has his partner: David has a PhD in Garden History and teaches a City Lit, University of London, as well as giving talks to various gardening groups.”

That said, the couple didn’t have a design, as such… “The first three years were spent clearing, cutting back and removing unwanted waste – be it trees or fallen-down building,” he explains, laughing at the memory. “The components of the garden have been influenced by weather, soil types and the need for plants that can cope with extremes of climate, as it can be -15C in the winter and temperatures of +36C are not unheard of in summer.

“Plant choices were made by looking at adaptability, particularly those that don’t need watering! We us an amazing amount of mulch to help with water retention and weed suppression.” 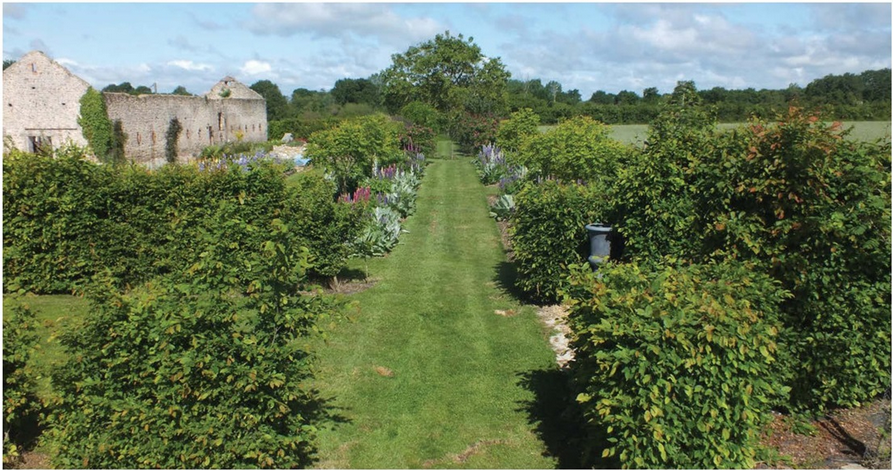 As with most gardeners, Edward’s inspiration came from visiting plots around the world and from magazines.

“Finding ideas that you think might work or can be adapted from other gardeners is a wonderful compliment to them,” he says. “The land a Le Domaine has been like a blank canvas, allowing us to play with ideas and scale. David has grown a phenomenal number of the herbaceous plants from seed. That allowed us to plant big expanses of massifs, using colour, structure and form to help create the garden.

Garden centres in France are very expensive and limited in what they offer. The French seem to be very closed in what they’ll grow in their gardens, planting the same things as everyone else.”

“The local mayor and his wife, Michel and Regine Cottereau, were fantastically supportive of the garden opening,” he says. “Without their friendship, I doubt if we would have had even one visitor. They even turned up at the end of the day with a bottle of Scotch to celebrate the event.”

Asked if he has any tips for other gardeners in France. Edward advises, “Be prepared for anything – laughter, tears and back breaking work. And a glass of wine at the end of the working day is always something to look forward to!

Le Domaine is part of the Jardins Ouverts charity scheme, find out more at www.opengardens.eu