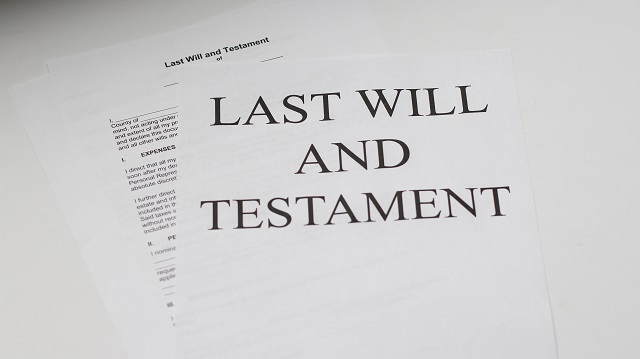 With the Brexit transitional period coming to an end in a matter of weeks, many British people with assets in Europe are thinking about the future and are concerned whether their Wills will still work from 1 January 2021.

Laura is one of these people; she is a British national, living in England. The majority of her assets, including her main home, are in England. Laura also owns a holiday home and a bank account in France.

Laura would like to know if she needs to update her Will.

I Have a British Will – Will It Work in France?

Firstly it is important to note that the UK doesn’t have one legal system. The laws relating to Wills are different in England & Wales, Scotland and Northern Ireland. As Laura is resident in England and her Will was drawn up where she lives, it is highly likely that her Will was designed to work well in England.

It is important for Laura to check the jurisdictional scope of her Will. Does it cover assets in the UK, or assets worldwide?

If the Will is restricted in jurisdictional scope, either because it makes clear that the Will only applies to assets in England or because it clearly states that it does not cover assets in France, then the Will can’t be used in France.

However, assuming that Will covers assets in France, the next step is to look at French law.

France is a signatory to the Hague Convention on the recognition of Testamentary Dispositions 1961 and has signed up to the EU Succession Regulation 650/2012. This means that France will recognise a Will as formally valid if the Will complies with the law of the country in which it was made, or the nationality of the person making the Will (amongst other criteria).

This means that as Laura, a British national living in England, has made a Will in accordance with English law, the Will will be recognised as formally valid in France.

It is vital to know the difference between formal and essential validity.

Formal validity – in order for a Will to be formally valid it must be possible to recognise the document as a Will.

Essential validity – even if a Will is formally valid it may be essentially invalid in whole or in part. This will happen if the gifts or legacies contained within the Will are contrary to the laws of the country in which the assets are located.

Therefore even if Laura’s Will can be recognised in France as a Will it is important for Laura to check that the instructions within her Will can be carried out in France.

Will Brexit Change the Validity of My Will in France?

Brexit is not going to change whether Laura’s Will is valid in France or not. Whether a Will can be legally recognised or not in France, is not dependent on the testator (the person making the Will) being an EU citizen or resident.

A valid Will made before Brexit will continue to be valid after Brexit.

We recommend that Laura reviews her Will to check that it does what she wants it to, both in England and in France.

Laura may also want to consider having a separate Will made to cover her French assets, as in some circumstances a separate will may help to make her estate administration/succession go more smoothly. Laura should seek professional advice here as the decision to have one worldwide Will or two Wills will be dependent on Laura’s particular circumstances.

Visit our Brexit zone to learn more about living, travelling, and buying property in France from now on.

Previous Article Property Update: Reflecting on 2020 and what the Future Holds (Part 2)
Next Article Pet Travel to France: Key Changes from January 1, 2021

Editor’s Pick: 6 Articles You Need to Read if You’re a Second-Home Owner Post-Brexit