Najac Castle in the Aveyron 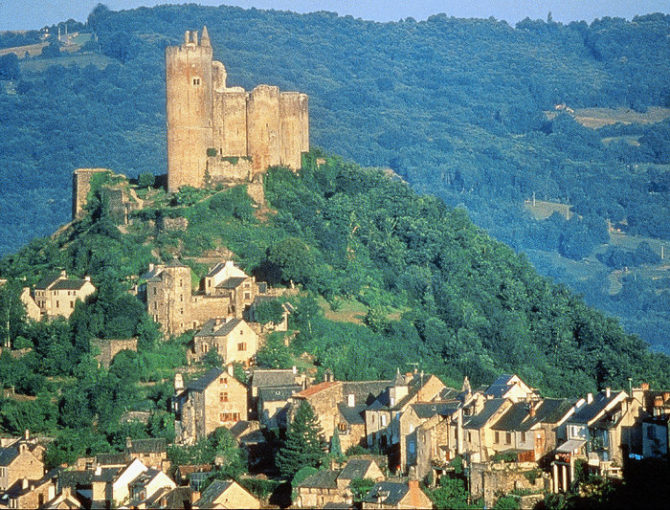 If the word château conjures up epic battles and soaring ramparts in your imagination, Najac Castle in the Aveyron is a must-visit site. Situated in the west of the department, the fortified castle of Najac overlooks the town that shares its name.

The construction of the castle played out in two stages. During the 12th century, the Counts of Toulouse built a tower to protect the county of Rouergue. In 1249, Alphonse de Poitiers became Count of Toulouse and constructed the other parts of the fortress. He arrived in an unstable period: in light of both the persecution of the Cathars and the taking of Toulouse by the French monarchy, Alphonse de Poitiers sought to make Najac castle particularly formidable.

Standing a top a hill, the Château de Najac’s tower is over 40 metres high. Its arrow slits are 6.8 metres tall, which guaranteed protection from all sides. A guided tour of the castle provides a good opportunity to learn about all the castle’s elaborate defence systems for tackling invaders.

Besides being a majestic building in its own right, the Najac castle is home to some beautiful and well-preserved murals in the Saint Julien chapel, dating from the 13th century. The tower has remained undamaged and its three rooms demonstrate its Gothic origins. For a bit of thrill, take the secret passageway from the chapel to the Governor’s room. But the most impressive aspect of a visit to this castle has got to be the spectacular view over the Aveyron from the castle’s terrace.

In Najac, it’s not just the castle that dates back to medieval times. The village itself contains old houses and many religious buildings. If you step back to observe the town as a whole, you’ll notice that the village looks like a long street with the castle at its end. Built on a sharp ridge, Najac and its château watch over the meandering Aveyron below.

Castles in the Lot

King of the castle