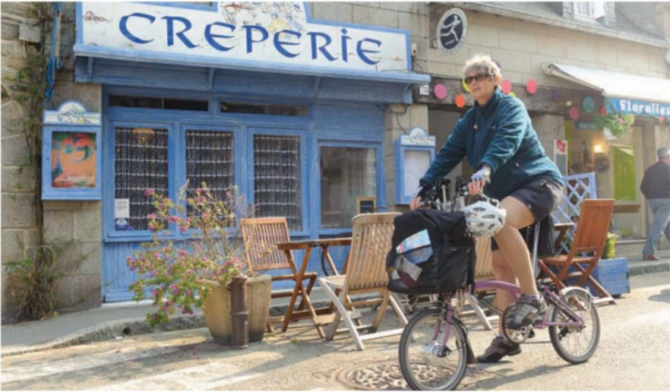 We assess the benefits of buying in two popular regions of France, kicking off with a real pair of northern heavyweights……

With its enviable beaches and renowned Pink Granite Coast, Brittany first invokes a vision of picturesque stretches of coastline. You can explore the colourful fishing ports and sample the ‘catch of the day’ in such local specialities as Coquilles Saint-Jacques (scallop gratin). Inland, there’s idyllic green countryside to discover, including three National Parks, and you can cycle along the 385km-long Nantes-Brest Canal.

The ferry is the obvious choice, with routes from the UK linking to Saint-Malo and Roscoff. If you’re driving, there are good main roads from the Channel ports, and there’s a decent rail network, with TGV links from Paris to Rennes (two hours) and on to Brest or Quimper (four hours). Airports with flights from the UK, some offering low-cost routes, include Brest, Dinard, Rennes and Nantes Atlantique.

The North of the region experiences pleasant summers and mild winters, with the rainfall being the highest along the Atlantic coast.

The south, meanwhile, boasts a warmer microclimate. August is the best month to visit, if you want serious beach time.

Naturally, property prices increase the nearer you get to the coast and you’ll also pay a premium for sea views, but there are still good deals to be found on such traditional homes as fisherman’s cottages.
Further inland in central Brittany, is where you’ll get most for your money, especially if you’re after a home with land, to establish a smallholding or keep horses, but have been priced out of the UK.

Property prices will also increase as you travel south, to the Morbihan département, and as the climate gets more favourable.
Neo-Breton and traditional stone longère properties are found throughout Brittany and are typical styles of the area.

Should you tire of Brittany’s beaches, there are a wide array of heritage and cultural attractions throughout the area, from such megalithic sites as the Carnac Stones to medieval castles like the Fort la Latte.
You can spend the day hiking the Monts d’Arrée moorlands in the unspoilt Finistère département or check out the stunning architecture of the area’s capital, Rennes.

SEE ALL PROPERTIES FOR SALE IN BRITTANY >>> 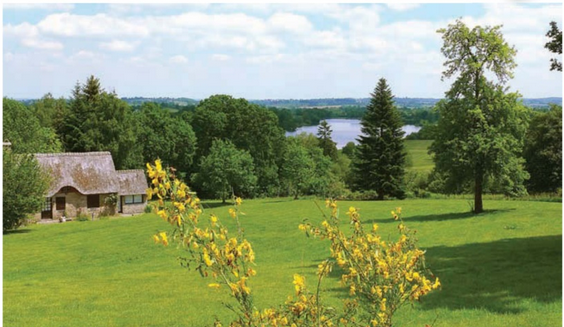 Think of Normandy and what comes to mind are images of unspoilt, undulating countryside, where cows graze in orchards, under the shade of cider apple trees in full blossom. Overall the area conjures visions of a more relaxed way of life – shopping at traditional farmers’ markets and tucking into local produces over a leisurely lunch, with a fresh baguette and a good bottle of red wind or cidre. All those things are true, but on a practical tip, here’s why you should buy a property in Normandy….

When it comes to getting to Normandy, you’re spoilt for choice. There’s easy access via ferry to Caen, Ouistreham, Cherbourg-Octeville or Le Havre. Flyers can gain access to Normandy via Caen, Deauville, Rennes and Dinard airports. By rail, you can take the Eurostar from the UK to Paris then either hire a car or continue your journey by train. Alternatively, you could drive down from the Channel Tunnel.

Overall, Normandy is a couple of degrees warmer than the south of England in the summer and a few degrees colder in winter.

However, it has proper seasons and fresh air!

The daily costs of living in Normandy work out about the same as in the UK, but then you’ll have space to be self-sufficient, and ‘grow your own’ vegetables, or even keep a few chickens. However, your local taxes will certainly be cheaper than in the UK.
Property in Normandy is very affordable for UK buyers, and there’s plenty of choice to be had. Recently, for less that the price of a one-bedroom flat in Kent, you could buy a beautiful, three-bedroom house with a double garage, a one-bedroom gîte and a one-acre garden plus a motorhome…

In Normandy you’re spoilt for choice, as there are many activities taking place every weekend, and they’re often free!
When it comes to attractions, then Normandy also boasts an enviable selection. There’s the UNESCO World Heritage Site of the Mont-Saint-Michel, the beaches of the D-Day Landings and the Bayeux Tapestry, plus numerous pretty towns and villages that boast enough architectural styles to please everyone. The coastline is uncrowded and so are the roads, so you can get to the sea in double-quick time!

SEE ALL PROPERTY FOR SALE IN NORMANDY >>>