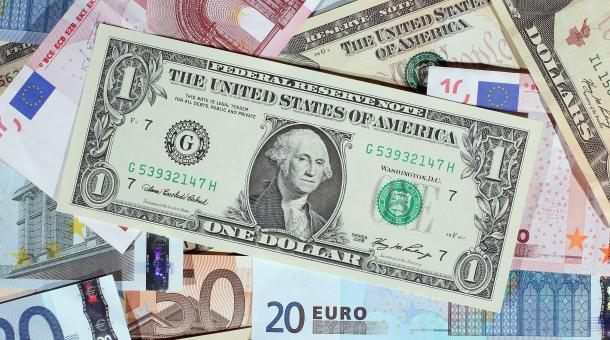 A month on from his success in the French presidential election Emmanuel Macron built on that achievement when his party won the most seats in the National Assembly.  Together with its coalition partner La République En Marche! took 350 of the 577 seats.  Whilst there undoubtedly problems ahead for M. Macron as he takes on the unions and the civil service, investors are reassured that his presence will add to the stability of the EU and the single currency.  Even if the euro is not at the top of their to-buy list it is at least somewhere up there.

In June the euro had an above-average month, strengthening by an average of 0.5% against the other dozen most actively-traded currencies.  It was up by four fifths of a cent against the pound and added more than two and a half US cents.

Economic data from the euro zone indicated a further increase in momentum.  The revised figure for first quarter growth put it at 0.6%, three times what the UK economy could achieve.  Consumer and business confidence is robust and industrial production continues to rise.  Inflation remains low though – 1.3% at the last count – and offers no incentive for the European Central Bank to raise interest rates.

The US Federal Reserve has no such problem.  Consumer prices in the States were up by 1.9% in the year to May and the Fed was pressing ahead with its campaign to “normalise” monetary policy.  It increased the Federal Funds benchmark rate by another quarter of a percentage point in June, the third such move in seven months.  The Fed is also thinking aloud about how and when it might begin to offload the trillions of dollars in Treasury bonds that it soaked up in the aftermath of the global financial crisis.

The tightening tilt to monetary policy continues to be positive for the dollar but it has lost some of its gloss as a result of disappointing US economic data.  The economic hope value that was built into the dollar in the aftermath of Donald Trump’s election victory has faded as it has become clear that  Mr Trump is having difficulty gaining the support of the House and the Senate, even though both are controlled by his Republican party.

For the dollar to recover its mojo the US economy will need to deliver higher wages, Mr Trump’s tax reforms or both.  It is not immediately clear where either will be coming from.

Target Your Ideal Rate with a Market Order

Why Is Foreign Exchange so Important When Buying Overseas?