Mission Impossible – in Search of the Dream Hamlet 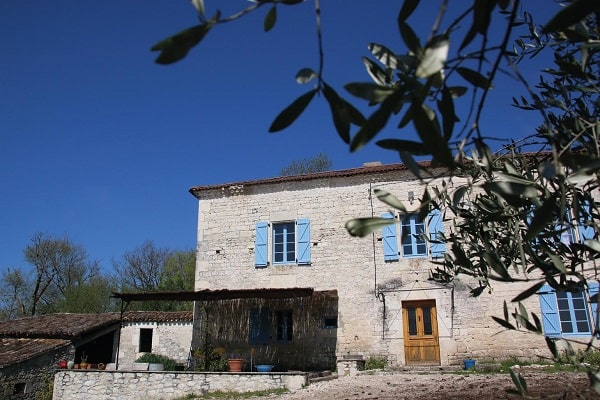 Marion Sauvebois meets a Finnish-French couple who clocked in 25,000km across 15 départements in search of their dream…hamlet

FrenchEntrée Magazine: What drew you to Tarn-et-Garonne?

Suska Karjalainen & Nicolas Prevot: After roughly four months of house-hunting, viewing 100 houses (including farms, castles, mills, ruins, you name it), and driving a staggering 25,000km across 15 départements, we finally found our piece of paradise in the Tarn-et-Garonne; an hour north of Toulouse.

We had a long list of criteria but we soon learnt it would be, if not mission impossible, definitely a mission. For our budget, the
east coast was too expensive and, perhaps more importantly, too populated; plus the atmosphere there was less rural than we were looking for. Almost by chance we spotted Toulouse on the map and decided to go out there and explore. We were soon charmed by the whole region. We now have a centuries-old farm, which used to be a hamlet, home to several families hundreds of years ago. The last owners before us made (and still do as they didn’t move far away) the best goats’ cheese in the region.

Almost exactly a year after moving in we are now finalising the renovations and opening our doors to clients next summer. We’re offering retreats on different themes such as wellbeing, gastronomy and wine, arts and personal/professional development, with a team of instructors from around the world. We want to keep it simple and small, we’re not a ‘retreat centre’; actually quite the contrary, as we emphasise the importance of small groups with an intimate ambiance and personal guidance.

There’s a sauna in a barrel, swimming pool, natural springs, forests, fields and valleys to wander through (or you could just nap in a hammock in the shade of bamboo plants). The surroundings in the Tarn-et-Garonne are perfect. The area is peaceful and, one could say, more authentic. 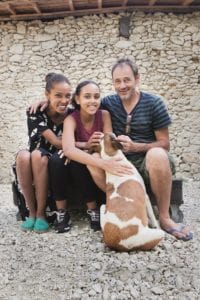 FE: What was your main challenge when you bought the Happy Hamlet?

SK&NP: The name of the Happy Hamlet comes from the fact that we knew feeling good and being happy was equally important for us living here as it was for our guests. Additionally this actually used to be a hamlet of five families centuries ago. The documentation we’ve found in the attic of the main house (that serves as the guest house) dates back to 1580.

It has given us so much joy to discover something new on a regular basis: the secrets the walls reveal, the hidden corners (we have 13 hectares of land, so there’s still a lot more to explore).

FE: What condition was it in when you bought it?

SK&NP: The Happy Hamlet is a property called Gary, which has been used in various ways throughout the centuries. Until we bought it, it was a goats’ cheese farm. The previous owners, Monsieur and Madame Kauffman, lived and worked here for almost 30 years. Some of the buildings had not been used for decades, some had been renovated in the last decade or so. We knew we’d have to restore practically everything.

FE: How did you approach the renovations?

SK&NP: Luckily our Finnish friend Eeva Katz, an architect, lives with her French husband Fred (also an architect) just half an hour away, which allowed us to start working on the plans and permits immediately.

We tackled the most time-consuming admin tasks first, which meant that the plans for the renovation of the barn and extension of one of the houses could be submitted as soon as possible to the relevant authorities. We began contacting various artisans in the region. We were determined to use locals.

We also worked on plans to renovate the main house. Gary consists of several buildings: the main house, which serves as a guest house (five bedrooms, totalling 220m2), a barn that will serve as a multifunctional space with a professional kitchen, platform for activities (such as yoga, pilates), dining room, lounge, toilets, showers and eventually a sauna (total area 400m2), a smaller house that we live in (100m2) and an atelier used as a workshop during the renovations but that can later be turned into something for common use. There’s also a smaller barn that will be part of the extension of our house (providing an additional three bedrooms for us), three cellars (wine cellar and storage) and several other smaller outbuildings that are currently used as storage but will be given a more meaningful purpose one day.

On top of renovating the interiors, we’ve worked hard on the outdoor areas including a natural swimming pool, several terraces and more.

FE: What was your inspiration for the look and feel of the interiors?

SK&NP: We’ve always been inspired by recycling/upcycling rather than just buying everything new. France with all the brocantes and vide-greniers (yard sales) is a paradise for bargain hunters; and our property itself has turned out to be a real find with tons of hidden treasures.

Many of the decorations have stories to tell and we hope the guests appreciate the ‘soul’ it adds to their stay. We were lucky enough to find (and not to burn during the first big clear-outs once the property was ours) boxes of old documents, letters and photos, which we’ve been saving for wall decorations. We’ve also got all our belongings from Finland, New York and Djibouti, which means it is an exotic mixture of things from all over the world. 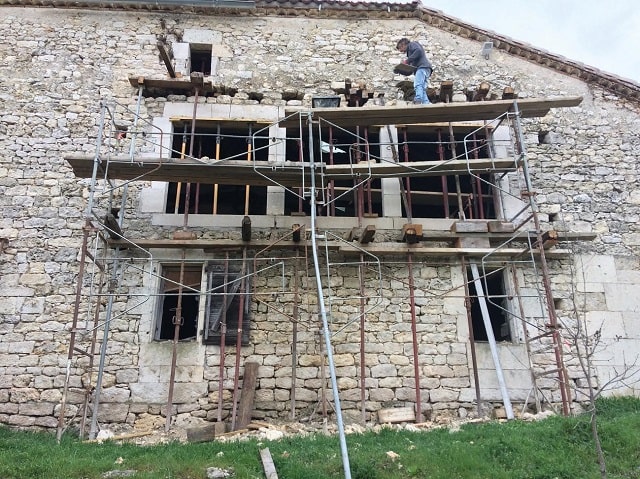 FE: What advice would you give to anyone thinking about buying in France and relocating?

SK&NP: First of all, forget the romance of the books and movies. While the landscape can be beautiful and the people friendly, the search is actually very hard work. You’ll have to endure long days in the car in areas you do not know and where the internet and SatNavs work poorly, quick lunches on the road, not enough sleep and moments of doubt that can be very stressful. Be really ready for a ride! Whether you start your search alone or with the help of someone, give yourself time. It’s a matter both of hard work and luck, and you never know whether you’ll have the latter – or when it’ll strike. Once you relocate, be prepared for long, complicated, not-so-efficient administrative issues. Speaking French really helps. And if you don’t, you might want to consider having someone fluent to help you.

FE: Are there things you would do differently? Narrow down your search?

SK&NP: We would not have wanted to narrow it down in the beginning. Driving all those kilometres gave us an understanding of the differences between the départements/regions and we’re now convinced that we are exactly where we belong. Had we not seen all those areas, it would have been a bit more difficult to judge.

But we would recommend being more particular and stricter with the agents. It is a waste of everyone’s time and money to view properties that are completely out of the question. Our criteria was a zen, isolated, tranquil property with no neighbours. But we were taken to see houses with the TGV line literally in the backyard, a modern windmill on the property, a semi-detached house and so on. It was frustrating to drive 100km to see something we didn’t even have to get out of the car to rule out.

FE: What are your plans for the property?

SK&NP: We’ve been renovating the property for 12 months and are nearing the finish line – of phase one. We open to our first guests this summer. Some retreats are available already, such as Pilates for Wine Lovers, Yoga & Goodness, Fitness with a French Twist, wine tastings, cooking, golf and more. Retreats as such are really not a new invention, but our stays will offer a very intimate experience – we only have five guest rooms for a reason.

After the first season is out of the way
we’ll begin attacking the next phase in the winter. We have great plans. One addition will be a larger sauna downstairs in the barn (it has already been included in the planning application), but we have not started working on it yet. But guests will be able to use the other smaller sauna (in a barrel) this summer.

We anticipate another year or two to finish; at the very least to complete what we have in mind right now. One of the beauties of this property is that we are still discovering new things about it as we wander round. So it is unlikely to ever be ‘done’ but that can only be a good thing!