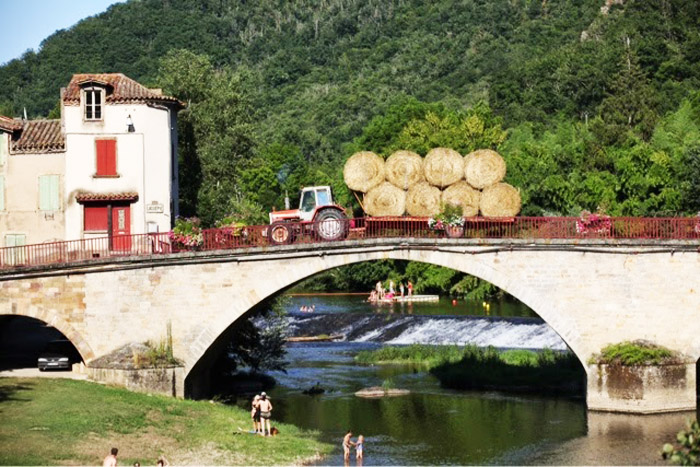 Val Johnstone talks fondly about life in her special corner of Tarn-et-Garonne.

I have always been greedy, so can I write about our three villages. We live in the country, on top of the world at Mas del Sol, practically equidistant between Varen and Laguepie and although twenty minutes away from St. Antonin Noble Val, I would want to bring that jewel in to my reverie. We have lived full time in France for 13 years and love the life, our villages and the people in those villages. Varen and Laguepie both have chateaux, although the one in Varen is in much better condition than the tumbling down chateau of Laguepie. Both villages have rivers running through and Laguepie boasts two, the Aveyron and the Vaour. St. Antonin has the Aveyron running through, a river which has carved its way through the landscape leaving high cliffs along part of its route. So beautiful it has featured in two films in the last few years, Charlotte Grey and the most recent 100 Foot Journey, in French called Les Recettes du Bonheur. All three villages have charm, ancient buildings including churches but if I had to say why I liked these villages, I would point to their inhabitants: warm, welcoming and inclusive. You need to speak the language to make friends with the French, but by golly do they appreciate it when you make the effort. 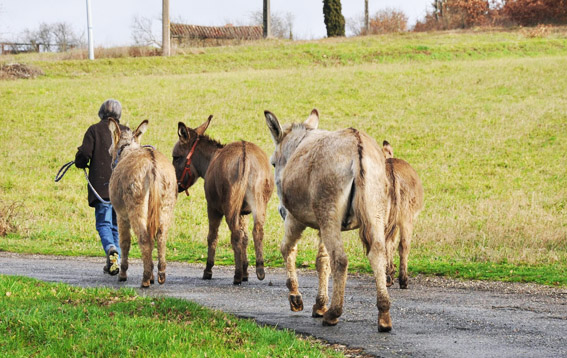 In all the villages we have concerts, choirs, occitan dancing, occitan courses, fairs and brocantes and one is never short of things to do. In summer we can canoe, we keep donkeys and can give donkey rides and walk round quiet, beautiful lanes and we do of course have rivers to swim in, as well as our pools. In the winter, we hold opera evenings chez nous, showing DVDs on a big screen in the salon. We ask for donations to cover an apéro dinatoire, which is slightly more than an apéro and money taken goes to street children in Mali, organised by an association Via Sahel Enfants d’Afrique. Life could not be fuller. When we arrived, we never imagined we would make French friends but 13 years on we have friends of all nationalities in the villages round about, helped and aided by my blog. TAGlines is a blog in which I give local news and views but readers join in by sending news of things happening and stories of French life. I try to ensure it is kept lighthearted, there is too much sadness in the world and I love enjoying a giggle with readers. After donkey stories the most popular section is the Cooks Label, where readers send recipes of often French dishes they have cooked. Martine Lewis, a French lady married to an English guy, gives some great recipes from her French mother. Life is what you make it but you really cannot go wrong living in the most beautiful place in the world with caring neighbours and friends around you, all on this wonderful journey of living in France. Even French neighbours feel the same. This has ended up more about our life in France than our village but the South West of France, readers call it TAGLAND. Well, it is all of our village. Val runs Tarn-et-Garonne online, aka Tagonline. This article is an entry in our My Village competition, which is open to all readers. Click here for more.