Annoix, Memories of a French Exchange 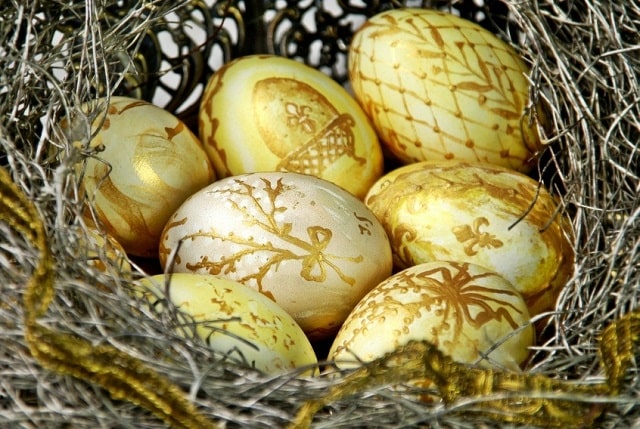 English heart, French soul… Linda Welch pens her memories of a French exchange in the Cher, where she first discovered her love for France.

Annoix is so much more than its entry in Wikipedia, ‘A commune in the Cher department in the Centre region of France.’ It’s where I discovered that although I had an English heart, I had a French soul.

I was 12, and it was Easter. I was on a return exchange visit to stay with my penfriend, Gabrielle, and her family. Her father had been my father’s penfriend in the 1940s, and Gabrielle had already been to stay with me the summer before. I wasn’t nervous about going abroad for the first time, taking my first flight in an aeroplane, not even at the prospect of going to school with her for a few days in Bourges before spending the rest of the holiday in her grandparents’ country house in Annoix.

I fell in love with the old house, with its uneven tiled floors and unreliable electricity, but I was puzzled that there was only one indoor toilet for a house that slept up to 14 people. There was another in a small stone building at the end of the drive, but I avoided it at all costs after my first visit, when I learnt the words araignée énorme.

I loved Gabrielle’s grandparents – her grandfather who spoke to me in English when he could see I was struggling to understand, and her grandmother, who would sing out each lunchtime, ‘A table! A table, les enfants!’ I loved the way they served lunch – in big platters in the middle of the table, and we all served ourselves. It was so different from lunchtime at home, with meat and potatoes, gravy and boiled vegetables all served before it arrived at the table. I hated vegetables, but had to sit there until I ate them. Here, in France, I could choose whether to have them or not. I tried grated carrots in vinaigrette, asparagus, artichokes and mushrooms and discovered I enjoyed vegetables after all.

My family home was in the city of Southampton: my only real contact with the countryside was compulsory Sunday afternoon walks in the New Forest with my brother calling, ‘Keep up, Linda!’ when I lagged behind. I’d never really explored the countryside at my own pace, but here, in Annoix, we were turned loose after lunch and left to our own devices. Gabrielle, my own age, and her younger sisters Anne and Marie, skipped along dusty, empty roads to the river, where we leaned over the bridge to see if we could spot fish among the waving green weeds growing in the water. I don’t recall ever seeing any, but every day we looked for them.

And Easter Sunday was a revelation to me! At home, my brother and I were packed off to Sunday school and after lunch – provided we cleared our plates – we were presented with a chocolate egg, which we proceeded to stuff all afternoon until we were invariably sick.

It was different in Annoix. Too young to stay home alone, I attended morning Mass with the rest of the family. On the way back the girls could barely contain themselves and Grandpère explained that they were looking forward to the ‘hunt’. When I followed the girls around the garden, I knew why they were so excited. Under shrubs, in branches of trees, even in the bucket that dangled in the wishing well, were small cellophane packets of chocolate treats: fish, tiny eggs, and chickens. We used our skirts as makeshift carriers, and returned to the house with sticky fingers and chocolatey faces, all promises of not eating any chocolate until after lunch completely ignored.

If it hadn’t been for that wonderful holiday in France with Gabrielle’s family – the first of many – my life would have been so different. I wouldn’t have become fluent in French by the age of 14, I wouldn’t have gone to live and work in Paris for 6 years, I wouldn’t have had the career opportunities that I have enjoyed as a result.

My photographs of Annoix from that first visit are faded almost to invisibility and the negatives are long since lost, but I don’t need pictures to remind me. Annoix remains preserved forever in my very French soul.

Previous Article How to Behave at a French Beach!
Next Article My Village: Loving Life in Tarn-et-garonne

Linda spent many happy holidays with her penfriend's family in France in the 1970s. She moved to Paris in 1981 where she worked as a bilingual secretary for 6 years, before returning to England in 1987 to work for a French wine broker. She still enjoys holidaying in France and has often thought about retiring there.