France’s Regions at a Glance 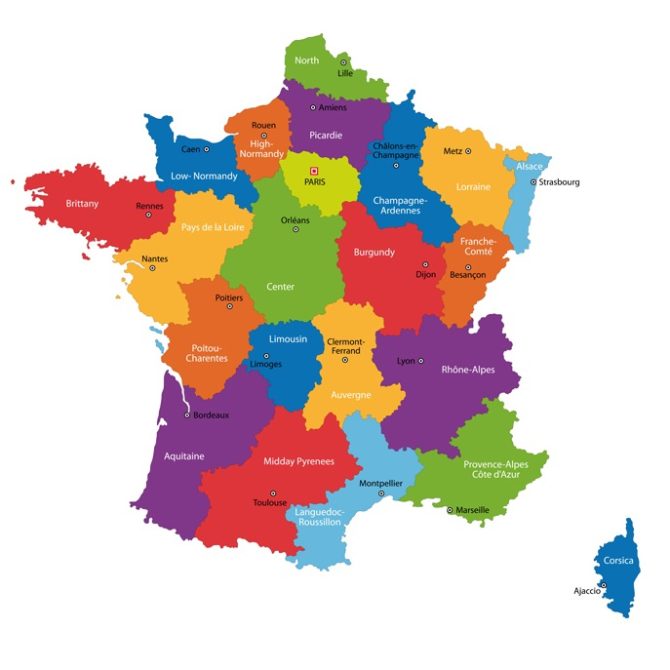 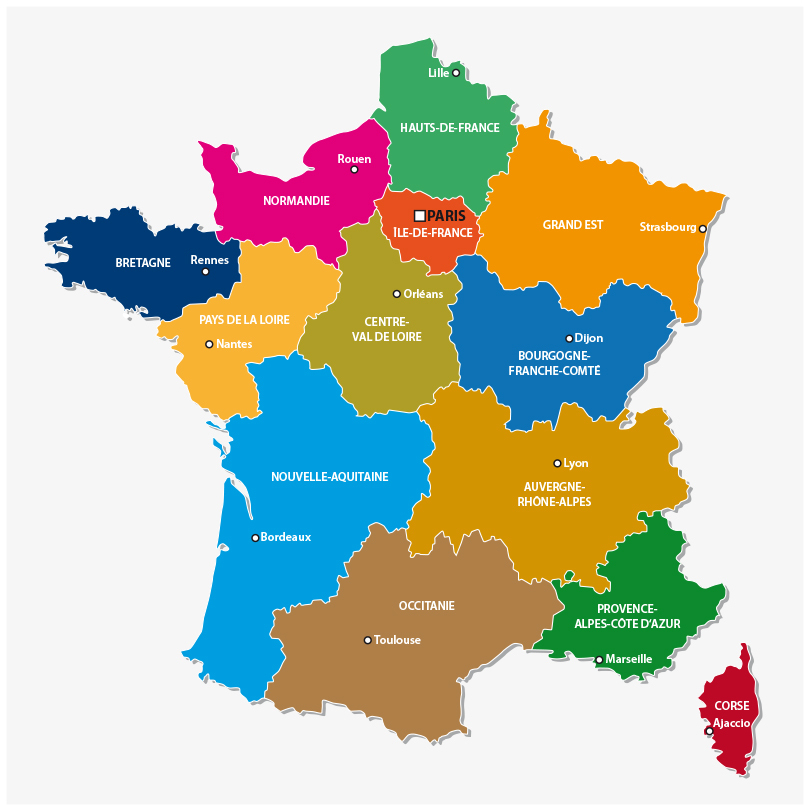 France is a vast and diverse country. All the different regions of France have different landscapes, property types, speciality food and character features.This is where your search begins…

At the country’s northernmost tip, Hauts-de-France is the new region created from the merger of Nord-Pas de Calais and Picardie. It’s here – in Coquelles, speciﬁcally – that the Eurotunnel connects France to the UK.

Paris is the beating heart of Île-de-France, a region unchanged by the administrative reshuﬄe in 2016. Thanks to its airports (Charles de Gaulle being the largest) and train stations, it’s a hive of activity for international and domestic travellers alike.

In the northwest, it pulls together the former Basse- and Haute-Normandie regions. It takes under two hours by car from Paris to Rouen, Normandy’s capital.

At the furthest northwestern reaches of the land, Brittany links with southern England via ferry. It’s also on the TGV line and it takes just under two hours to whizz from Rennes to Paris.

The nucleus of France, Centre-Val de Loire is ﬂ anked by six other regions and, as such, is highly accessible. It’s a mere stone’s throw from Paris too. Hop aboard the TGV at Gare Montparnasse and head to Gare de Saint-Pierre-des-Corps in the city of Tours.

Another region to remain steadfast in spite of the country’s recent administrative overhaul, Pays de la Loire sits on the western coast brushing up against the Bay of Biscay. Its capital, Nantes, sits on the TGV route and is conveniently positioned a mere two-hour (or just over) train journey from Paris.

By far the largest of France’s new super-regions, Nouvelle-Aquitaine in the southwest combines three distinct former regions: Aquitaine, Limousin and Poitou-Charentes. It’s headed by the world-renowned winemaking territory of Bordeaux, which oﬀers a popular high-speed train route to Paris on the LGV L’Océane.

Occitanie was Languedoc-Roussillon and Midi-Pyrénées until a couple of years ago. A TGV service operates at Toulouse train station, linking up with Paris, Lyon and Marseille among others; plus Toulouse-Blagnac Airport ﬂ ies all over Europe, including the UK, Spain, Portugal and Germany to name a few.

Merging the former regions of Alsace, Champagne-Ardenne and Lorraine, Grand Est marks the northeast corner of France. Bordering Germany, it has plenty of links to its neighbour by air and rail.

Bourgogne-Franche-Comté is, as its name suggests, a pairing of Bourgogne with Franche-Comté. The region is connected by TGV and national coach networks link the large cities in the area.

To the southeast of France, Auvergne-Rhône-Alpes is the uniﬁcation of the former regions of Auvergne and Rhône-Alpes. This sizeable chunk of the country is spearheaded by the bustling city of Lyon, accessible via train and aeroplane.

Rubbing shoulders with Italy is the southeastern segment of Provence-Alpes-Côte d’Azur. Its port city of Marseille can be reached by train, plane or ship.

A beautiful speck of land to the southeast, Corsica has six ferry ports oﬀering transportation to and from mainland France, and four airports running domestic and international ﬂights.