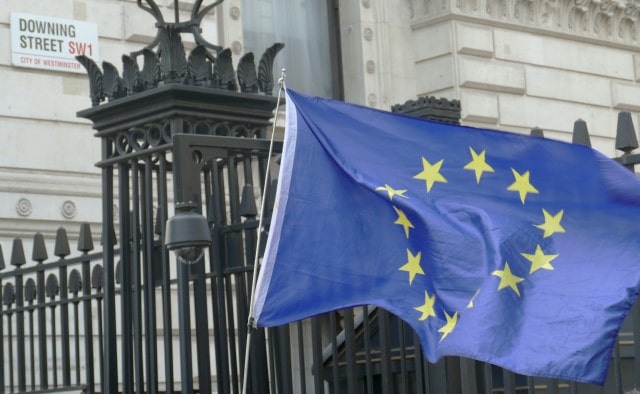 Carmel O’Connell and husband Joe Wilson – joint owners of French property management company, Les Bons Voisins, since founder Sally Stone retired in August last year – are receiving record numbers of calls and emails from prospective franchisees keen to leave the UK. During the month of May, there was a tenfold increase in the amount of enquiries they had from British citizens looking for a business opportunity in France, compared to the same time last year.

‘Lockdown’ seems to have had a huge effect on people’s long-term plans, according to former HR professional, Carmel: “Quite a lot of the people we’ve heard from have told us they’re worried there’ll be more lockdowns and they want to be based elsewhere if that happens. Others have simply had time during confinement, to focus on something that, until now, has only been a dream.”

The increase in enquiries due to lockdown has only added to what was already a busy time for the company. As soon as the UK left the EU on 31st January 2020, beginning a transition period that is set to end on 31st December 2020, the new owners of the LBV franchise started taking more enquiries from British citizens.

“People have been mentioning Brexit since 2017, when Sally was still in charge of the business and we were part of her management team,” Carmel explains. “But that effect waned a little, as the process became more and more complex and unpredictable. Then, along came the December 2019 election and the UK’s subsequent exit from the EU on January 31st – prompting what I can only describe as an explosion of enquiries.”

Carmel says a lot of the British people they’ve heard from are hoping to obtain residency in France before the end of the year, so that they have the right to stay in the country as outlined in the Brexit Withdrawal Agreement. But there are plenty of others who, despite having been ‘motivated’ by the impending Brexit deadline, plan to arrive later. From the perspective of Les Bons Voisins, this isn’t a problem; Joe and Carmel are very familiar with the Visa process, with many of their existing franchisees originating from other countries outside of the EU.

Carmel and Joe say the increase coincided with a rise in calls and emails from second homeowners struggling to get to their property in France because of the travel restrictions imposed during the global Covid-19 pandemic. Franchisees have been asked to deal with everything from basic garden maintenance, to liaising with artisans, to packing up entire house contents and sending them back to the owner’s country of origin.

“It’s a robust business, which doesn’t just survive times of crisis, but actively comes into its own,” says Joe, who previously spent 12 years working for the UK’s Ministry of Defence before setting up a successful security consultancy. “During the recent floods in France’s Aude region, for example, franchisees were contacted by a number of worried homeowners, who needed them to deal with both practical and administrative issues. And those franchisees were able to help each other navigate their way through such matters, and enhance their services at the same time, by sharing advice and information via an online network we’d set up for them.”

With more demand for services and more demand for franchise opportunities, the business is ripe for expansion – and Carmel and Joe are ready for it! Just before Covid hit, they started building the company’s new ‘bureau central’ in their hometown of Lectoure, Occitanie, where the couple operate as ‘Bons Voisins’ themselves. The centre, which was previously in Brittany, will act as a central hub for franchisees, who are periodically invited to come together to discuss matters of mutual interest and share best practice.

“In business for yourself, not by yourself”

It’s hardly surprising that people who dream of setting up their lives in France are attracted by the idea of supporting themselves by becoming a ‘bon voisin’. LBV France provides its franchisees with a reputable brand, a business model, and all the know-how, training and support needed to get going as quickly as possible.

Joe and Carmel have no doubt that many of their members could have ‘gone it alone’ in their own country, but with different rules and regulations in France, along with different accounting practices, and (very) different bureaucracy, they recognise that there’s enormous benefit to be had from being part of a network – even if you know the native language.

As Carmel puts it, “Our tried and tested methods mean that each new franchised area can quickly be fully operational to provide a top-quality service for second homeowners, and a viable business for those who’ve chosen to make France their permanent home.”

The Costs of Running a Gite in France: Can You Make a Profit?

Gite Classification in France: How & Why to Classify Your Gite