Meet a British Couple Who Moved to the Gironde 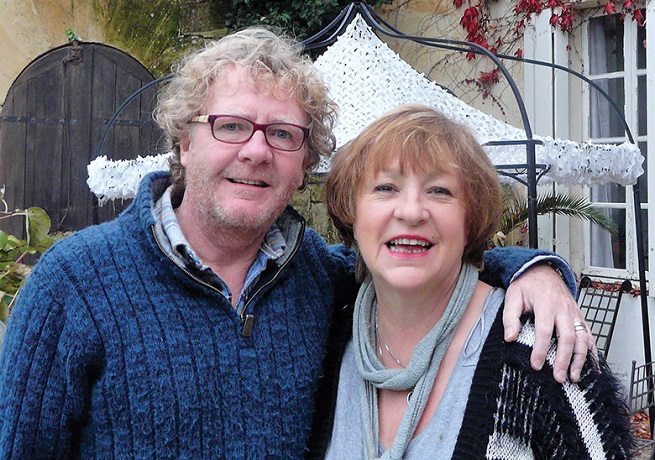 Susannah Hickling meets a British couple who decided to move to France while en route to an acting job and now call the Gironde home.

WHERE DO YOU LIVE? Castillon-la-Bataille, the Gironde

WHERE DID YOU MOVE FROM? Suffolk, UK

FrenchEntrée Magazine: What brought you to live in France?

Janie Millman: We had no more idea of moving to France than moving to the moon! We were both actors at the time and, ridiculously early one morning, we were travelling by train to darkest Gloucestershire, to do a spot of corporate filming.

My husband, Mickey, picked up a discarded copy of The Independent in which there was an article about the recession in Europe and the effects on house prices. There were three photos of houses – one in Greece, one in Spain and one in France. Something about the one in France captured our imagination and we rang up for the details. The next week we flew over and viewed the property.

FE: Please tell us about the house…

JM: ‘Chez Castillon’ is a large, 18th-century townhouse in the heart of Castillon-la-Bataille, a typical French market town on the banks of the Dordogne River. We have a big secluded garden, a swimming pool and a gîte. From the south-facing back garden you’d never guess that you were in a town and yet, immediately you walk out of the front door, you’re surrounded by shops and bars and cafés, and the beautiful river is only a two-minute walk away.

At Chez Castillon, we now run courses in creative writing, painting and photography, as well as retreats for published authors who simply want to come and get words down. There are six large ensuite guest bedrooms.

FE: How did you find the buying process?

JM: Relatively easy. We had a marvelous bilingual lawyer. She smoothed the way for us and helped enormously. We also arranged a meeting with the Mayor before we moved in and he became a good friend and ally – never underestimate the power that they have.

FE: How did you go about renovating and improving the property?

JM: We spent the first year doing the house up. We were fairly naive and hadn’t realised how much work it would entail. We had a nasty surprise when we were told that we needed a new roof. That cut deep into our budget. There certainly wasn’t any money to get the professionals to help us plaster and decorate. Instead, we got Mickey’s brother-in-law to show us the ropes and the rest was left to us! We tried to keep a sense of humour even when things were going wrong. If humour failed we simply grabbed the nearest bottle of red wine!

We hired an architect and a project manager, and without them we would have been lost. We used local builders, electricians and plumbers, which we felt was very important. They were wonderful and we have remained good friends with our local plumber/electrician, which has proved extremely beneficial on many occasions. 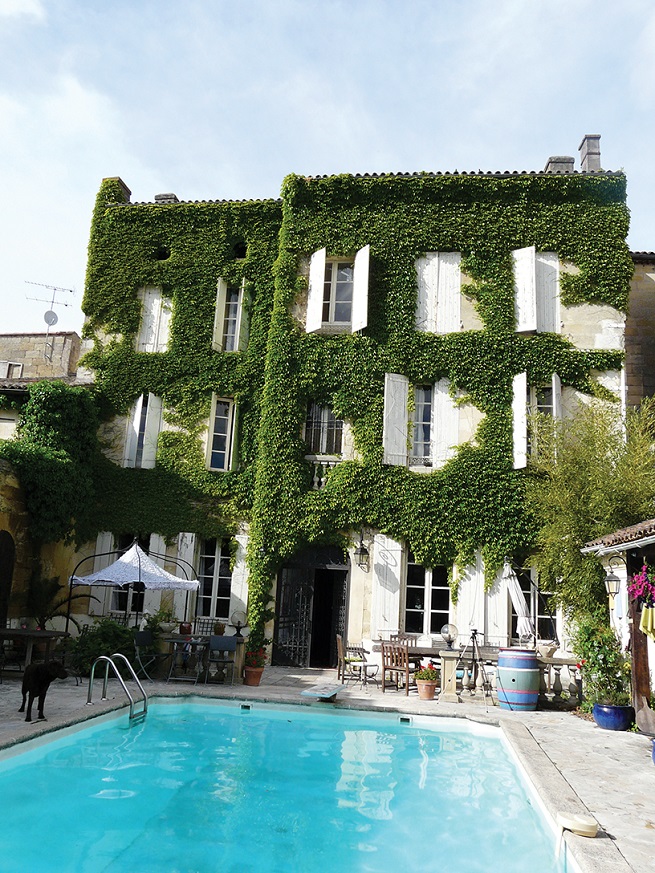 FE: Do you have any advice for other buyers?

JM: A bilingual lawyer is an absolute must, in our opinion, and it’s helpful to have the local Mayor on your side.

Get yourself into the French health system, which is excellent. I was diagnosed with breast cancer three years ago and the treatment was second to none. I had chemotherapy and radiotherapy, and was supported every step of the way.

FE: How is your French?

JM: Mixed. I’d done A-Level French a fair few years earlier but at least I had the basics. Mickey had ‘schoolboy French’ so he struggled a bit more. We did have lessons and took every opportunity to talk as much French as possible. The most important thing is not to worry – if you make a mistake it doesn’t really matter. Everyone helped us and, yes, okay, laughed at us occasionally! Our ‘DIY French’ became very good – we could hold our own in any ‘brico’ [DIY store]!

JM: Our biggest challenge has been getting the business up and running. We aren’t particularly business minded, so that has proved to be quite an uphill struggle – France does have a lot of red tape to get through.

But we’re getting there… the summer months are now busy with courses and retreats, and the winter months we’re kept busy with redecorating and also, for me, with writing the next bestseller!

Mickey still acts but I have switched one precarious career for another and had my first book, Life’s a Drag [Accent Press], a comedy about drag queens, published last year. My second book is now with my agent.

People tell us we are living the dream – we reply that the dream is bloody hard work! 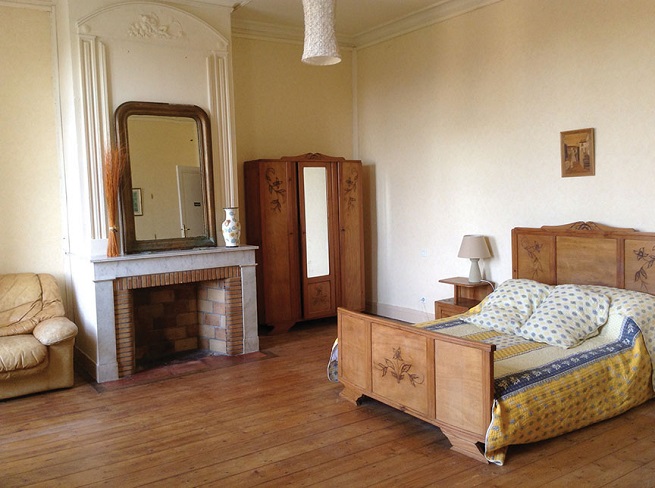 FE: What do you most enjoy about life in the Gironde?

JM: We adore it. Bordeaux is a gorgeous city and we love spending time there. Saint-Émilion, renowned for its wine and a UNESCO World Heritage Centre, is a ten-minute drive away, and slightly further afield we have Arcachon and Cap Ferret, two of our favourite places, plus Biarritz and Bayonne. We never knew this area before we moved here and delight in discovering new places.

We haven’t had a backward glance and would never change anything. When we sit in the kitchen and look out over the pool, surrounded by olive trees and oleander, we are inclined to count our blessings.

For more information on the Gironde, take a look at our property guide.