Loving the Rural Life in Gironde 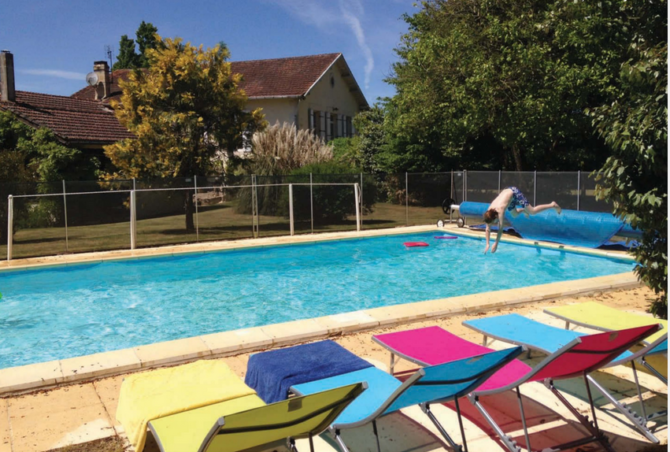 Dominic Bliss experiences the delights of the south-western département of the Gironde, at a luxury gîte owned by a family from Merseyside…

“Learning the language for me is key,” says Deborah Hubbard who moved from Merseyside to Eynesse in the Gironde, nine years ago, with her husband Richard and two sons, Bart and Toby. “It isn’t enough to move to France just because you love the wine, the sunshine and the big houses. People who move here just for that are more likely to leave within a few years. You’ve got to embrace French culture, too, and for me that means learning the language.”

Over the last decade Deborah, 45, who describes herself as a ‘true Francophile’, has worked tirelessly at improving here French. Initially, it helped here direct the renovation of the seven-bedroom gite, Le Verger, which they now rent out during the summer months, and deal with the inevitable paperwork connected to the purchase of the property. Getting to grips with the language has also helped Deborah to guide her children through the French school system and secure a ‘nearly full time’ job in ‘passenger assistance’ at the nearby Aeroport Bergerac Dordogne Périford.

All-in-all, Deborah says that her family’s relocation to France has been surprisingly problem-free. The tradesmen were ‘nothing but charming’, and the local officials helpful: “As long as you have the paperwork that’s required, you’re polite and speak the language, it’s no different from the UK.” The only time she encountered resistance was when visiting the tax office the day after England had soundly beaten the French squad at rugby – south-west France is fervent rugger country, after all. The official in question heard Deborah’s accent, turned his back on her and refused to engage. “He was a bit raw about it all”.

Other than that, Deborah and her family have been warmly welcomed into the community. Originally, she was warned that Bart, her then 10-year old, might struggle to fit in, but that her toddler, Toby, would adapt instantly. “In fact, it was the other way round,” Deborah explains “The 10-year old just slotted in, while the three-year-old protested for a year, screaming and shouting every day when going to nursery. Then it was as if, at the end of the first year, someone flipped a switch and he suddenly started speaking French”. Today Toby is aged 12, while 19-year-old Bart is preparing for university.

The Hubbards’ relocation to France ushered in a major lifestyle change, Richard 49, served in the British Army for over 20 years, completing tours in the Falklands, Iraq, Belize and Norway. Even when he was based in Blighty, he rarely saw the kids until the weekend, while Deborah was a chartered surveyor with a busy lifestyle.

Moving to France had given us the opportunity to be together much more,” she says, “We now work together running the gîte. We’re both there for the children. We do the school runs and help with homework. Previously, I might have been at work relying on kids’ clubs and grandparents.”

Deborah loves the rural life. Separate from their rental gîte, the family have their own swimming pool and a patio dining table with views over the vineyards. Their home is right on the banks of the Dordogne River, and they enjoy walking and canoeing. Richard is a keen cyclist and marathon runner, and the local markets are a joy each summer. 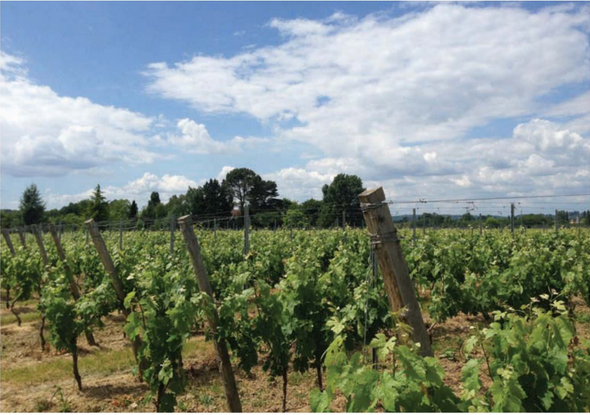 “We visit different villages on summer evenings,” she says, “with bands playing, food stalls, kids, families and growers selling their own wines.” painting a vivid picture of this Gironde idyll. However, she does admit to missing the convenience of British-style late-night shops. “Here, there is no 24 hour shopping. But that’s what makes France so charming. We talk about the wonderful French lifestyle. If they had 24-hour shopping they wouldn’t be able to take three-hour lunches and lots of days off.”

The Hubbards are now embarking on the lengthy process of applying to be French citizens – a decision triggered by the EU referendum. “At work, I’ve somehow obtained the nickname ‘Brexit’,” Deborah says laughing. “My colleagues think the referendum decision is quite shocking, as did I. It’s made for some fun discussions. ‘What is your country thinking? they ask me. To which I reply, ‘I’ve no idea!”

So now all four Hubbards are filling out citizenship applications. “There’s a lot of paperwork involved,” Deborah explains. “We have to obtain documents and have them officially translated. It can, apparently, take two years to complete.” But eventually, once the ‘Ts’ have been crossed and the ‘Is’ dotted, they’ll all enjoy dual nationality. 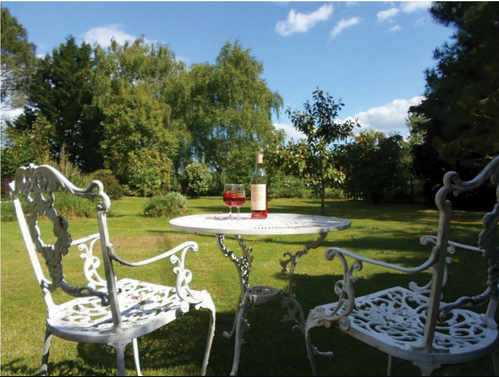 The Hubbards’ seven-bedroom gite, Le Verger, is available to rent via www.luxurygite.com

Originally published in issue 118 of the FrenchEntréé Magazine.