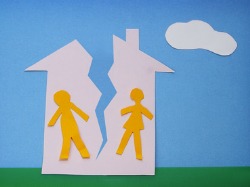 We have recently come across a case where an unmarried couple had recently bought a property jointly where the male partner had provided the majority of the purchase price and the female partner the minority share. The property had been bought en indivision and the purchase deed had specified that their ownership was equal, 50-50.

Unmarried persons who are not in either an English civil partnership or have entered into a French PACS (which can only be done if both parties are resident in France) should always try to ensure simplicity and clarity in respect of a purchase of French property. The aim should be to avoid a later dispute between them if they split up. Unless the party who has provided the majority share is prepared to take the risk that the other party will claim a full half share even though he or she has not actually paid 50%, the purchase deed completed by the notaire should record their unequal contributions by reflecting in the purchase deed at the time of completion those contributions in the shares in which they own the property.

However if that is by chance not done, it may be possible still for the party who has provided the majority share still to claim that he or she has made a loan of the difference between the two different contributions and thereby recoup the difference. It is however always best to try to avoid legal disputes (particularly in France) so it is always best to get these things right at the outset.

Another matter which can cause friction at a later date is, if there is going to be a mortgage advance on the property, it is best to get a written and legally binding agreement witnessed by the notaire at the time of purchase as to the proportions in which each will contribute towards those mortgage repayments. Of course if the proportions in which the parties are going to repay the mortgage advance are not in the same proportions as the shares of ownership, some binding arrangement in writing needs to be entered into at the same time.

In England that can be achieved by means of a declaration of trust which can contain the appropriate provisions varying the shares in the light of the actual repayments of capital and interest which each party has made.

That is not available in France because French law does not recognise trusts in any shape or form. Thus under French law for all purposes (including all French taxes and the French entrenched rules of succession) the names of the person or persons in whose name the property has been bought as recorded by the notaire in the purchase document, are the lawful owners in France.

The fact that French law does not recognise trusts of course includes both any French inheritance taxes (Droits de Succession) payable on the death of the person whose name is registered in that purchase deed as the owner of the property or share of that property and it includes also the entrenched rights of succession to that property. Those entrenched rights the obligation to leave a specified proportion of the property in France to the child or children of his or her own body.

Thus, if an unmarried or married person buys a property in France, and he or she has any child or children “of their own body” they are obliged under French law to leave a specified proportion of that property to that child or children.

This therefore creates problems for both those who are married but have a child or children by a previous marriage or union/partnership and those who are unmarried but wish to benefit their new spouse or partner on their death.

Firstly, it is not always legally possible for reasons which are beyond the scope of this article or what the parties would ideally wish, for them to buy the property en tontine (which is roughly equivalent to joint ownership under English law under which the property passes to the survivor on the first death). Also the purchase en tontine may have unwanted and unexpected consequences.

Secondly, it has to be borne in mind that if two unmarried parties buy a property en indivision (which is what most notaires do most of the time, often without full discussion with the parties of its ramifications and problems) in the event of an unmarried partner (without a child or children of his/her own body) leaving his or her share to the other on their death, that partner will be a stranger in blood to the deceased such that the bequest of the share will carry French inheritance tax at a staggering 60%. This is a nasty surprise awaiting many owners of French property.

In any of these circumstances, Barney & Company can advise how best to deal with those matters as much in accordance with their wishes as French law will allow and the possible French inheritance tax consequences thereof.

It is always best to try to deal with these matters at the time of purchase as to try to do it later either may not be possible or may create significant additional expense.

As so often in life sometimes people have to simply choose the best option and not necessarily the perfect option which the parties would have ideally preferred, after all the possible choices have been offered to the clients, on a case by case basis. There is no ‘one size fits all’ solution available so it is down to the skill and expertise of the French Law Property adviser to guide the parties in their choices. Very often difficult choices have to be made, but such is life!