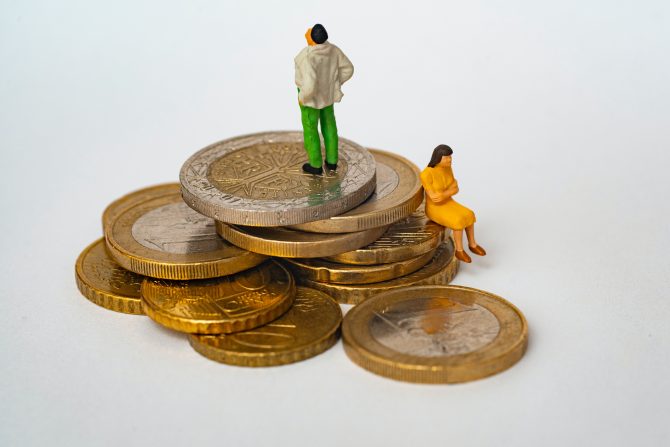 In some countries, including France, a matrimonial property regime will determine which spouse owns the property acquired during and/or before marriage and how this property is divided in the event of a divorce or upon death.

The UK is made up of three legal jurisdictions: England and Wales, Scotland, and Northern Ireland. In this article we look at the position for married couples in England and Wales before comparing it with the situation in France.

When a couple marries in England and Wales they do not enter into a matrimonial property regime. The decision lies with the couple as to how they own their assets after they get married. The general position is that if an asset is in your sole name, it belongs to you alone. For a married couple to own property jointly, it should be in both their names. For example, a joint bank account or a property owned jointly.

In England and Wales an individual has full testamentary freedom when they die, broadly speaking they can make a Will and leave their assets to whoever they wish.

However, if a spouse or civil partner has been excluded from their partner’s Will or left a small amount, they are able to make a claim under the Inheritance (Provision for Family and Dependants 1975) Act.

If a couple decides to divorce, and in the absence of agreement between the couple, the Court will review all of the couple’s assets (regardless of in whose name the assets were originally owned) in order to decide how they should be split between the two of them. All of the couple’s assets are deemed as matrimonial property. The Court will decide how the assets are to be divided by looking into various factors which include the duration of the marriage, the value and type of assets owned, and whether there are any minor children involved.

A couple can choose to enter into a pre-nuptial or post-nuptial agreement. These are not automatically legally binding but they can assist in guiding the Court as to how the couple wished their assets to be divided in the event of a divorce, and will be upheld if the Court finds it fair to do so.

There are currently three different types of matrimonial property regimes:

In this type of regime, the assets that you owned solely before you got married will continue to belong to you. If you acquire any other assets after marriage, those will be deemed as belonging to both of you regardless of how much each of you have contributed towards the purchase of the assets. These are known as common ownership assets.

When one spouse dies, the common ownership assets will be split into two, with one half going to the surviving spouse, and the other half passing under the deceased’s Will (in so far as it complies with forced heirship, or there is a valid election of law of nationality).

A couple will automatically be signed up to this type of matrimonial property regime when they marry in France, unless they choose one of the options below.

This matrimonial property regime dictates that all assets owned by the couple, before and during the marriage, become common ownership assets regardless of whose name they are registered under.

In this type of regime there are no common ownership assets. What that means is that the assets continue to belong solely to the person whose name they are registered under. This applies to assets they owned before the marriage and assets that they acquire in their sole name during their marriage.

If a married couple decides to divorce in France, their matrimonial property regime will dictate the split of their assets. If the split is not amicable a Family Judge will be involved in how to split the assets, however they will still be bound by the regime chosen by the couple.

If you have entered in a matrimonial property regime and would like more information as to how this will affect your Will, and who will inherit your assets on death, please contact our team and we will be happy to assist. Contact the international and cross-border team at Stone King LLP – Charlotte Macdonald, Dan Harris, Raquel Ugalde, Emma Seaton, Bryony Anning or Graeme Beattie, either by calling +44(0)1225 337599 or by emailing [email protected].

Charlotte answers legal and practical questions that are often asked by her clients in relation to France; whether that be buying or selling property in France, inheritance law, or how inheritance and capital gains tax are treated between the UK and France.

More in Property in France

Previous Article News Digest: Is France About to Undergo a 4th Heatwave?
Next Article Keeping Track of the Market: Currency Q&A