Will french law prevent me from leaving all my assets to my spouse? 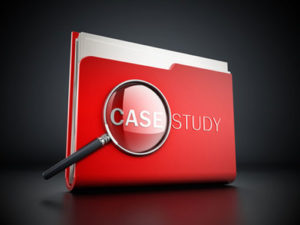 Scenario One – will French law prevent me from leaving all my assets to my spouse?

Anna and Alex Adams are English, living in Bath. They have two grown up children who also live in England. They are in their early 70s.

They have owned a small holiday home in Le Touquet, Northern France, for the last 10 years. They purchased the property jointly (en indivision) – meaning that they own 50% each.

Anna and Alex try and visit for 5 to 6 weeks each year.

Recently they have been thinking about writing wills. Like many British couples, they would like to leave everything to one another, when one of them passes away, and then to their children equally when they have both passed away.

Under French law it is a requirement that you leave your children part of your property when you die. In Anna and Alex’s case, as they have two children, they must leave one third of the property to each child.

For example, if Alex were to pass away, he could only leave one third of his 50% share of their home to Anna. He would have to leave the remaining two thirds to their children. Anna would then co-own the property with their children, which is not what they intended.

Alternatively, Alex and Anna could make a will electing for English law to apply. Under English law it is possible to leave your assets to whomever you like in your will.

It is possible to do this because of the EU succession regulation (EU650/2012). It is important to highlight that the application of this regulation will not change for UK nationals following Brexit.

By making an English law election in their will, Anna and Alex can leave their share of their French home to each other if they wish.

Issues to Think About

Although making an English law election in wills may, on face value, seem like the best option, it will not be appropriate in all cases. This is because – depending upon the value of the home and the number of children in the family – it may result in the family having to pay more French inheritance tax. It is therefore highly recommended to seek expert advice before making a nationality election in a will.

The next scenario in the series will look at issues that can arise when leaving assets to step children in France.

Previous Article Spring tartines
Next Article French Estate Planning – Can You Take Advantage of the Eu Succession Regulation If You Are from the USA?