Guide to the property market where Languedoc-Roussillon meets Spain

Lying at the most southerly part of the Languedoc-Roussillon, the Cote Vermeille and the Alberes have long been two of the most popular areas for property buyers looking for a viable alternative to the Cote d‘Azur/ French Riviera. The Alberes are the mountain chain which forms the eastern end of the Pyrenees separating France from Spain, whilst the Cote Vermeille is the rocky coastal strip, dotted with coves and pretty beaches, along the Mediterranean between the Alberes mountains and the delta of the Tech river south of Perpignan. This entire area is, of course, part of the region known as French Catalonia and the very fabric of its buildings, the narrow cobbled streets of its villages, and even the cuisine here reverberate with Catalan history and traditions.

On the lower slopes of the Alberes are the popular villages of Laroque, St Genis, Montesquieu, Villelongue-del-Monts and Sorede. Medieval fortifications at the heart of Laroque and Montesquieu bear witness to the turbulent past of this region, as does the Tour Madeloc, perched high above the picturesque coastal towns of Port Vendres and Banyuls-sur-Mer where the mountains meet the sea. Between the villages and the coast there are cherry trees orchards and vineyards which provide the region with its much feted sweet Banyuls dessert wines.

Of the area’s towns and villages, the most well-known is the coastal town of Collioure – a regular haunt for artists, with its pretty pink and beige washed buildings, fishing port and pebbled beach it continues to be prized as one of the region’s finest towns. The are is also home to the Pyrenees-Oreintales’ second most important city after Perpignan: Argeles sur Mer, with its sandy beach resort, boutique shops and restaurants. Aside from the plethora of water sports that can be enjoyed in the area, there is also an international golf course at nearby Saint Cyprien and numerous cultural events and festivals staged in the area throughout the year. A natural crossroads, the area is a tourism hotspot with the sandy beaches, cities such as Perpignan, Carcassonne and Narbonne, Cathar castles, medieval abbeys, natural wildlife and marine reserves, skiing in the Pyrenees and, of course, Spain to the south, all within a couple of hours. Best of all the area is blessed with a Mediterranean climate and over 300 days a year of pure sunshine!

The Alberes and Cote Vermeille are easily accessible from both Perpignan and Girona airports (both roughly half an hour away, both served by Ryanair as well as other carriers). From the airports one quickly joins the A9 motorway, exiting at junction 43 onto the D618 which runs along the northern edge of the Alberes area and leads to the Cote Vermeille towns. The area will, no doubt, also profit from the TGV line which is currently being extended to link Barcelona to Perpignan in under an hour.

The property in this region can be roughly divided into three categories: compact village houses and apartments with pretty terracotta roof tiles, balconies and occasionally courtyards, crammed into narrow streets of the historical centres of the villages; large, elegant former wine merchants homes or Catalan style farmhouses (typically with rendered walls and wooden shutters), often on the outskirts of the villages, sometimes with swimming pools; and modern, more recently built villas and apartment complexes in the outer perimetre of the village/town, the former most often with a good sized garden and a swimming pool. This area is particularly blessed with some stunning architect designed statement property with incredible views of the Alberes or the sea. If you’re looking for a typical “provencal” style south of France home (ie: stone house surrounded by lavender fields) then this is not the area for it! 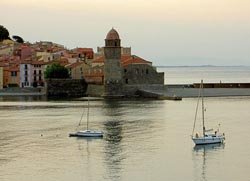 Property prices here reflect its popularity and location, although prices are not as expensive as the Cote d’Azur/ French Riviera region. Thanks to its excellent transport links and proximity to Spain, this has long been a popular area for buyers from northern France, the UK, Ireland and Spain. As this is a major tourist destination in the region, buyers looking to invest in holiday rental property should clearly start looking here, but should also consider the fact that there is a lot of competition and the holiday rental market is very much limited to the summer season (albeit a longer than average one).

For those seeking a permanent move with children, local amenities become more important: some of the smaller villages no longer have grocers or bakers; the main supermarkets are located in the larger villages and towns, whilst the city of Perpignan is where you will find all the major department stores and retailers; there are primary schools in most of the larger villages which feed into the secondary colleges and lycées located in the larger towns and cities such as Argeles-sur-Mer, Canet-en-Roussillon, Ceret, Elne, Port-Vendres, Saint Cyprien and Perpignan.

It is possible to find property under €150,000 – but you would be expecting total renovation at this price or to be buying a small studio apartment near the sea. You can expect to pay a bit more for property along the coast than in the villages further inland. For €150,000 – €250,000 you may be able to purchase a small 2 – 3 bedroom village house (without garden) but are not likely to get more than a 1 bedroom apartment in Collioure (though the coastal towns of Port Vendres, Banyuls and Cebere are considerably less expensive and equally pretty). For €250,000 – €400,000 you should find a 2 – 4 bedroom village house with either a courtyard or some land, or a 2 – 3 bedroom apartment along the coast. With a budget of over €400,000 your choice is much greater, with most houses possessing a garden and/or a swimming pool. Those buyers hoping to find a property that provides an income as gite businesses or bed and breakfast will need a budget of over €400,000 to buy property with such potential. And, for upwards of €500,000 buyers can expect large, stylish, modern properties with all the boxes ticked: swimming pool, views, and plenty of land. 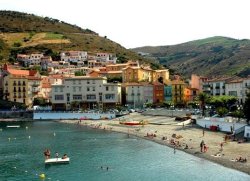 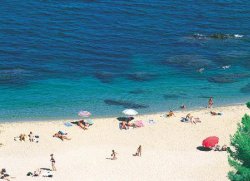 So, whilst the Alberes/ Cote Vermeille certainly isn’t the cheapest part of the Languedoc-Roussillon, you definitely get what you pay for in terms of having the ideal place in the sun: pretty beaches, picturesque medieval villages and coastal towns, close to Spain, easily accessible, plenty of holiday entertainment and great local amenities!