Seven Reasons to Buy in Poitou-Charentes in 2018 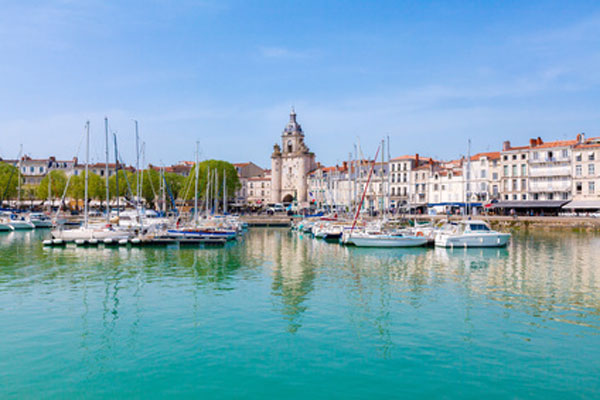 Welcome to sunflower country! In July, witness the fields around you transform into glorious oceans of yellow, creating the perfect backdrop for a scenic stroll or bike ride. Alternatively, coast along the luscious waterways of France’s own ‘Green Venice’, which spans the Charentes-Maritime and Deux-Sèvres départements of Poitou-Charentes and Vendée in the Pays de la Loire. Of course, Charente-Maritime also touches the Atlantic coast, so you can treat yourself to an offering of lovely sand beaches and ocean views.

There’s a strong expat community in Poitou-Charentes, many heralding from the UK.

We all appreciate a bargain and Poitou-Charentes boasts some remarkably priced properties for those on a strict budget. Take this beautiful two-bed stately residence, for instance, complete with gated entrance, walled 3,000m2 garden, dovecote and orangerie – at just €130,000, it’s a steal! For more great-value options, browse through our catalogue of properties for sale in the area.

Temperatures typically reach highs of around 20-25°C in July and lows of about 8°C in the colder months, meaning summer is pleasingly warm and winter is mild. It’s the perfect balance for comfortable outdoor enjoyment all year round!

Foodies will love this part of western France for its diverse range of gourmet cuisine. Indulge in such specialities as chabichou goat’s cheese, escargot, farci poitevin stuffing and Marennes-Oléron oysters, to name a few. Plus, this is the home of cognac, so you’d be remiss to scout the area without paying a visit to the dedicated vineyards and distilleries lining the banks of the Charente river.

6. The lure of La Rochelle

Found in the Charentes-Maritime département, the glittering Medieval city of La Rochelle is absolutely worth a visit. Its status as a fishing and trade hub dates back as far as the 12th century, and its ports and marinas are still in full swing. Peruse the fish markets, dine in seafood restaurants and savour the flavours of a fresh catch. Bliss! Ever lively, the city also hosts several annual festivals, ranging from jazz to film events.

You won’t be lost for things to do with the kids. Sitting on the outskirts of Poitiers, Futuroscope is a technological amusement park specialising in sensory rides for the whole family. It celebrates its 30th anniversary this year and, to mark the special occasion, it’s unveiled a brand new attraction: ‘The Extraordinary Journey’. Suspended in the air whilst facing a giant curved screen, guests are whipped over treetops and sand dunes in the vein of Jules Verne’s Around the World in 80 Days in this thrilling ride.
Meanwhile, not too far away in Vendée, there’s Puy du Fou, a historical theme park warping visitors back in time to the Medieval era. It’s also celebrating a milestone – 2017 is the park’s 40th anniversary and sees four new creations open to the public. These include a bell-ringing music show, two themed restaurants and a Middle Ages-style hotel with falconry.