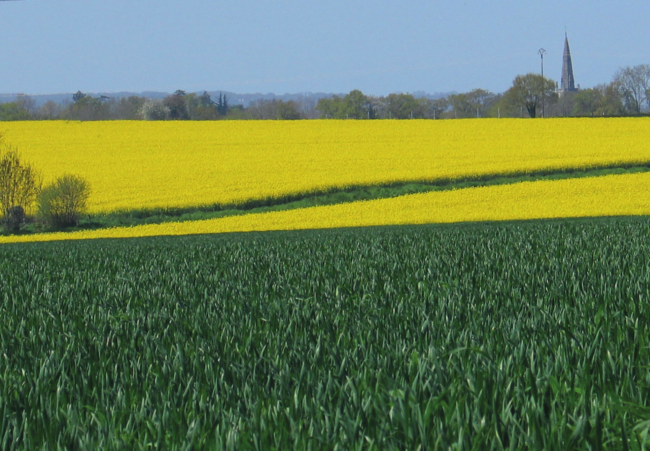 Where do you live in France and why did you choose this village?

My home is in Lower Normandy, 1km from the Brittany border and 15km from Mont-Saint-Michel. It fell out of the sky at the right time. My daughter was passing through the area and I was still stateside. I said, “Hey, go check out Montanel, would you?” She did. She called me back and said, “Mum, I don’t know… the only thing there is cows.” To which I replied, “Perfect.” I didn’t actually intend to choose this village but I wanted something off-the-grid, with a garden all my own. The house met all my ‘basic bones’ requirements.

What aspects of rural life do you enjoy most?

How was your French when you arrived?

I spoke zero French. But people are people and the French love conversation!

And how about now?

My French is good enough. I could actually say my village has been my teacher. How gracious of them! Immersion was painful at the outset but the rewards – the subtleties of the culture one picks up when at the table – are available only there.

I love interacting with the locals. I seek them out. Though they laugh at me frequently. If I’m at my 89-year-old neighbour Juliette’s house for a café and
she gets a phone call, she’ll say without fail to her friend on the other end, “L’Américaine est là” (the American is here).

I find interacting with the French much the same as how one becomes friends with anyone. I haven’t let language be a barrier. Neither have they.

Artichokes, leeks and (the hottest ever!) garlic from Saint-Broladre.

Our village is an old agricultural commune, plopped in the middle of fields teeming with life. Humble, practical, trademark brown stone, cream-painted houses, slate roofs; it all looks the same. With no commerce, one could think nothing is going on in Montanel. It is, quite frankly, easy to miss! But we are regionally steeped in history from the times of William the Conqueror, close to Mont-Saint-Michel and we sit on the road of the D-Day Landing beaches. Stories abound here. There are traces of the Resistance in every house. My house kept a secret too – but one too sad to tell… 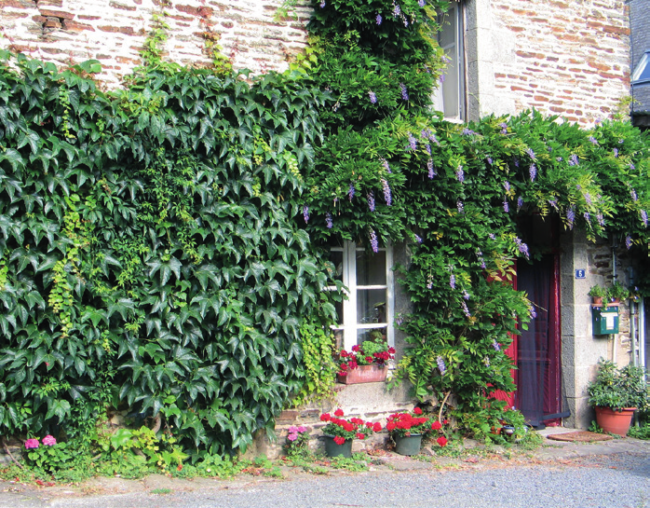 That I’ve found what feeds my soul like nowhere else on Earth.

What is your favourite saying?

It’s a gesture. And describing that gesture, is tricky. The sound is kind of a “Pffffft” over trebled lips with a tip of the head, along with a shrug of the shoulder and hand. All to exclaim, “Oh well!” Or “Who cares!”

Photo credits – Ani Moriarty is an American travel journalist and blogger. She divides her time between the Pacific Northwest and Normandy.