Property Update: Do Rural Properties in France Ever Sell for the Full Asking Price? 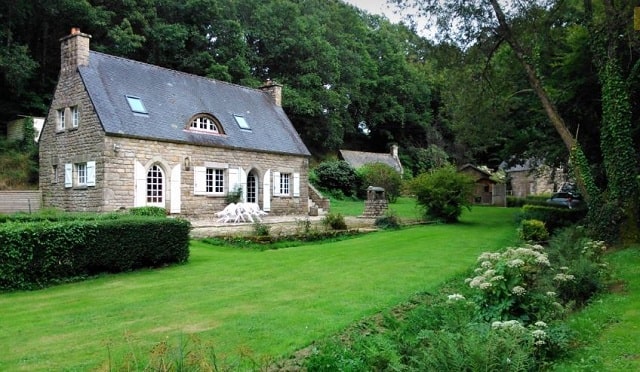 In the last few weeks we – and our partners – have seen an increase (in certain regions of France) in properties receiving offers for the full asking price. This is pretty astonishing, as outside of major conurbations (Paris and other major cities), rural and town properties rarely achieve the full asking price. In fact, it is usually accepted by both the buyer and the vendor there will be a healthy degree of haggling before a final price is settled on.

Before we go on, I don’t want to give the impression that this is happening right across France. It still remains the exception rather than the rule. That said, I’ve been involved with French Property on-and-off for 16 years, and when you hear in one week from two different sources that a rural French property sold for the full asking price, it piques your curiosity.

What is causing this increase in full asking price offers?

There are a number of interesting factors which have confluenced, causing the market to behave somewhat erratically.

Brexit: For British buyers who want to be resident in France and maintain the same EU rights they have today, there is an urgency to buy a property and complete before December 21st. That means they realistically have to have signed a compromis or promesse de vente by September, October at the latest, to complete in time. Where once prospective buyers who were looking to emigrate would take their time over years visiting different areas, now they are coming over in July and August with the sole intention of finding somewhere and buying. A very different climate for the British buyer.

Lockdown: From a vendor and a buyer perspective, three months of time has been lost following the COVID-19 lockdown in France, UK and other countries. Some countries are still in lockdown. Others are not yet able to travel to France. There is pent-up demand in the system which has been unlocked since mid-June and is now keeping our partners very busy!

Nervous Vendors: In some areas we have heard of a reduction in the volume of properties being listed. This is partly due to vendors not feeling this is the right time economically to be selling, others nervous from a health and social distancing perspective at having strangers in their property. Less stock available means more demand than supply in the French real estate market, having an effect on offers.

Re-prioritising after COVID-19: We’ve spoken to a number of prospective buyers who have accelerated their plans for owning either a holiday home in or moving permanently to France following the pandemic. Extra time with family, working from home, being furloughed, being ill or knowing someone who has been and all of the rules around social distancing have led to many reflecting on their priorities. This has led to people enquiring about properties who might not have looked for a few years

I’d go further and say that we are talking to a lot of people for whom this is the first time they have every thought about buying or moving abroad – and in the case of British buyers, want to buy before the end of the year because of the Brexit transition deadline. In many cases these individuals don’t know France very well, they haven’t researched where they want to be, they don’t know the basics (someone the other day asked me what a septic tank was…) and run the risk of being bounced into a decision which may not be right for them. Yet, they are enquiring in their droves and coming over during July and August to buy somewhere.

This seems to be backed up by statistics released by RightMove at the BNP International Buyers 2020 ‘Observatoire’ (Annual Conference). This stated that they are seeing an increase of 43% more British ‘new users’ searching for a home in France than the year before.

Which areas of France are seeing asking-price offers?

We are seeing this in North-West France – Normandy and Brittany – where properties are within 3-4 hours of the main ports. This is partly due to the Brexit effect of British clients coming over, but also Parisians looking for holiday homes within 60-90 minutes of the capital.

The further ‘into’ France one goes from the ports, the effect of the above factors seems to be less pronounced.

We asked a couple of our trusted FrenchEntrée partners for their thoughts:

“We have been selling a lot of property over the last month, mostly to French. Many have been sold at the asking price – we recently had vendors of a €120k and a €450k property both accept full-asking price offer. For many others the negotiation has been very close to the asking price, around 5% under.”

“We recently had a sale take place where the full-asking price was met. It was a British couple who asked a friend – who lived here – to view on their behalf.”

“I think it is still quite rare. However, we have one example of the full asking price being paid (on a €91k property). This was the first client to view the property, who then cancelled all other planned viewings with other agencies. This wasn’t anything to do with Brexit (they were Australian) or COVID but more down to a lack of high-quality properties at realistic prices.”

“We haven’t experienced properties selling at their full asking price. If anything we have experienced the opposite during lockdown – receiving silly offers which no vendor would be likely to accept. Last week we had a small farmhouse on at €97k and received a crazy offer of €20k! We’re not seeing the French flee cities for rural life. We are seeing the usual high demand for stone farmhouses in the countryside, but we have always experienced this from British buyers.”

“There are definitely more people willing to offer the full asking price at the moment and a lot of activity in the 100,000€ – 120,000€ range. The market is buoyant with plenty of new sales at the moment and we are achieving closer to asking prices in many cases. There will be a lack of housing stock for renovated properties in the above price range before too long. We are selling about 50% to French buyers and 50% to British buyers – either living here already or now, just, coming over. There is a definite push to complete by the end of the year.”

“There is definitely an urgency from Brits trying to buy before Brexit and also pent up demand after months of online property shopping. Also,the fact that the restrictions re Covid could change at any time as new lockdown measures are enforced in affected areas, and so people are keen to secure the property of their dreams while they can. There has been an increased interest from city dwellers of course too, so the market is very active.”