A Property Guide to the Midi-Pyrénées 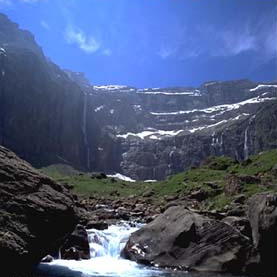 Situated in the far south west, nestled between the Quercy to the north, Languedoc-Roussillon to the south and Aquitaine to the west, the Midi-Pyrénées is France’s largest geographical region (it comprises eight départements) and boasts a wide variety of property styles at vastly different prices.

Stretching from the Pyrénées in the south to the sun-baked white plains and deeply forested hills of the Lot and Quercy in the north, this is the land of foie gras, cassoulet and armagnac. Agriculture plays an important role here, with crops of sunflowers, maize, wheat, tomatoes, melons, kiwis, strawberries, pears, plums, apples and peaches, the Prunes of Agen being a world famous example . The glorious temperatures, range from a chilly 9°C in February to a blazing 40°C in July.

The recent introduction of cheap flights from the UK into Toulouse has pushed property prices upwards in the Haute-Garonne and surrounding areas, but there are still several départements providing good prospects for house hunters. Just a short drive up the autoroute will take you into the Quercy. A beautiful, varied and ancient region, comprising of the modern departements of Tarn and Garonne (82) and Lot (46) . The economy is based on the land, particularly the vine and it’s here that you’ll find the famous black wine of Cahors.

The Gers (32) has the lowest population density of all the French départements, with no heavy industry or autoroutes, but the capital town of Auch is an active centre with a population of 20,000 and a good selection of shops, services and amenities, not to mention restaurants serving the rich and rustic cuisine for which Gascony is famous.

Property types and styles are very varied, ranging from grand châteaux to small, colombaged village houses, with plenty of stone and timber-built farmhouses in between. Prices can range from around £100,000 for an unrenovated farmhouse to £300,000 for an imposing manor house, while a smaller château can be priced from £350,000 upwards, with a fully-renovated top-of-the-range property selling for around £600,000. Property tends to be slightly cheaper in southern Gers, below Auch; houses here are more likely to be made of river stones and clay, and the scenery is more wooded. Houses in the north and east tend to be stone-built, with many British buyers drawn to the east because of its Armagnac production. Although a number of French politicians and celebrities own second homes here, it is worth noting that compared to other regions, prices are still competitive. It’s also worth noting that village houses with perhaps a small garden or just a large, vine-covered balcony, offer amongst the very best value. If you’re looking for a holiday home this can be a distinctly shrewd move. After all you don’t want to spend your time mowing the lawn and weeding the garden, neither do you want to have to pay somebody to do it for you whilst you’re away. 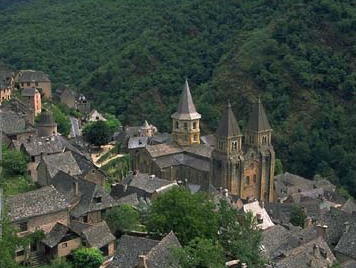 The Ariège (09) still has some of the best-value property in the south west of France. Nestling in the foothills of the Pyrenees, this département has rolling green countryside and a ready supply of barns, farmhouses, and dovecotes suitable for conversion, from as little as 20,000 €. Cheap and cheerful flights into nearby Carcassonne or Perpignan make for easy access to this rural gem.

The Lot (46) probably has the most varied landscape of all, ranging from the high rocky Causses to the north-east, the gentle golden stone Bouriane to the north-west, the stunningly beautiful river valleys and the blazing hot plains of the Quercy Blanc to the south. The ancient capital, Cahors, has a population of only 22,000 and the departement as a whole has the third lowest population density in France. There are still several areas that are relatively unexplored and surprisingly inexpensive. 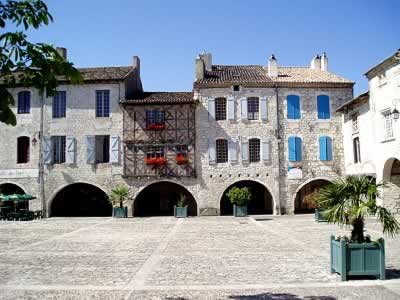 The department of Tarn (81) is also worth consideration by overseas property purchasers; well located in terms of proximity to the regional capital of Toulouse, it has some realistically priced pockets, principally to the south (towards Castres, Mazamet and the Montagne Noir) and east of Albi (an autoroute connects Toulouse to Albi and is currently being extended further north to Rodez).

There are good transport links to the Midi-Pyrenees, with direct flights from a wide variety of UK airports into Toulouse provided by British Airways, Air France, Easyjet, Flybe, British Midland and Bmibaby. Further north there are now flights into Rodez and Bergerac. Alternatively, the south west sector of the region can be easily reached from Pau in neighbouring Aquitaine, currently served by Ryanair from Stansted and Air France from Manchester (via Paris). Those who prefer to let the train take the strain can catch the Eurostar at London Waterloo or Ashford and find themselves in Agen in just seven hours; Agen to Paris via TGV is only four hours, and there are rumours of a regular Lille-Agen service, which would further reduce Agen-Ashford travel times.