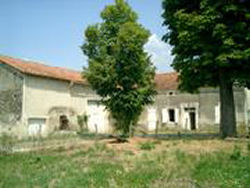 Thoughts from the Sharp End

There are all sorts of places to buy in the Dordogne – barns, farms, cottages, manoirs and châteaux – and of all sorts of period. The classic target for British buyers has hitherto been the dilapidated old farmhouse with exposed beams and a few hectares of land, needing wholescale restoration to make it a dream home.

But there are some indications that things may be changing.

One of – if not the main – reason for this is related to the initial purchase price.There’s no particular shortage of property for sale, but prices are often set at unrealistic levels by vendors in no particular hurry to sell. What’s more, the nature of the property on offer is so diverse that it’s difficult to get an accurate valuation by means of comparable places. The result is that buyers are shopping around. Charles Gillooley, estate agent in Le Bugue, has said that prices in the Sarlat area have now reached unacceptable levels for many British buyers, who are turning to the neighbouring departments of Charente or Lot-et-Garonne, where prices are lower.

Another reason is the whole question of renovation. That picturesque farmhouse with the beautiful view may seem a snip at €250,000, but take a closer look. British houseowners now have vastly different standards from the French countryfolk. Dordogne houses that come on the market following the death of an elderly relative may well not have central heating, or more than one bathroom. British buyers may well think the bathroom and kitchen facilities primitive. Windows and doors may be rotten. The house is likely to be damp.

All problems have their solution. But there’s a price to pay. We were told that we should budget for €1,200 euros per square metre for a fairly major renovation. We didn’t think that that was what we were undertaking, but in the event that’s what it’s become. And the budget forecast was correct. Elsewhere I’ve heard it said that you should reckon on paying as much again for renovation as you paid for the property. Whatever formula you adopt, the bill lands up as quite high.

And the Hassle Factor…

It’s not just a question of price, however. There’s a shortage of skilled labour in the Dordogne. In addition, the French don’t usually operate on the basis of a main contractor and subcontractors. As a result, the different trades – which may amount to a dozen or so – have to be co-ordinated and supervised, if a project is going to be completed in anything like a reasonable amount of time.

If you’re not based in the area, but trying to mastermind operations from the UK, you’re likely to become frustrated and disillusioned quite rapidly. Even if you’re out here permanently, you may well find that you’re given the runaround by charming workmen who are spreading themselves too thin because of competing demands. Throw language difficulties into the pot, and it’s beginning to look like a recipe for disaster.

Solutions to the Challenge of Renovation

Don’t think I’m trying to discourage you. Every problem has its solution. Your particular answer will depend on your particular circumstances.

You may, for example, be a fluent French speaker with a passion for DIY or experience in the building industry. In this case you may be able to do a fair amount of the work yourself. I know of some people who are happy to spend their holidays out here working on an old property gradually over the years, and achieving a happy result in the end.

But if, like me, you’re not much good with your hands and are unfamiliar with French building techniques, my advice would be: get yourself an architect or – as second best – a reliable builder who can act as project manager. You may think that this is added expense, and of course in a sense it is: it’s another person to pay. But that person should bring you peace of mind by being able to assess whether quotes are coming in at the correct level, and to supervise and co-ordinate the workforce. In my experience that pays for itself.

None of this is vital, of course. You may be happy with the quaint charm of your tumbledown farm, with its single bathroom on the wrong side of one of the bedrooms, and a kitchen from the Second World War. If you’re just using a place as a holiday home, all sorts of compromises are possible. You are, after all, only spending a few weeks there each year.

But if you’re thinking of living here permanently, all the aspects I’ve mentioned need to be borne in mind. You’re unlikely to find yourself able, in the long run, to put up with materially worse living conditions than you enjoyed in the UK. You’ll want to have comfortable bathrooms and kitchens; central heating that works and windows that close. This means that you need to take a cool look at any house you see and give some thought to what additional work is going to be needed to bring it up to your required standard.

How to Avoid Renovation

Buyers who go through this exercise may find that the picture postcard charm of the dilapidated farmhouse brings rather too high a price tag with it. In this case, look at renovated properties. English owners of French property are more likely than the French to move after a number of years, having done their house up. Obviously you need to be happy about the restoration work that’s been undertaken, but if you make it clear to the agent that you want something fully renovated (and it’s worth emphasising the fully) this may narrow your search.

Another possibility is to buy new, or build your own. But that’s another story altogether…