The Delights of Normandy 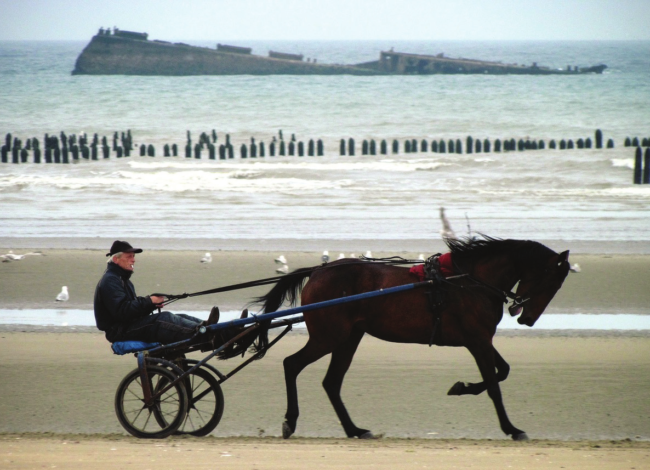 Annaliza Davis revels in a hugely varied area that offers the best of France, from coast to country, city and cuisine, just over the Channel…

This ever-popular region justifies its appeal with every visit, offering sandy beaches, perpetually-green fields and orchards stretching into the distance, in addition to an enviable cultural heritage which includes the Bayeux Tapestry. Add in numerous tourist spots, picturesque towns and affordable homes, and Normandy offers British property hunters the best of France within very easy reach.

This historic region takes up the central third of France’s northern coast, starting due south of Dover at Le Tréport, continuing west to Avranches and also including the arm of Cherbourg that reaches into the English Channel. Long divided into ‘Haute-Normandie’ and ‘Basse-Normandie’, the region’s two halves were finally reunited this year and are now simply known as Normandie. The region encompasses the départements of Calvados, Manche, Orne, Eure and Seine-Maritime. The famous island monastery of the Mont Saint-Michel sits right on the border with Brittany, so although much of the surrounding land is Breton, the island is in Normandy.

For many British visitors, Normandy is where you arrive in France, a place of white cliffs and busy ports, such as Cherbourg and Le Havre. However, those who spend time there know that Normandy has far more to offer, both in terms of entertainment and relaxation.

Normandy is nicknamed ‘the Parisians’ playground’, as many capital-dwellers escape to holiday homes there, especially during the summer. The influx of well-to-do residents explains the casinos, polo clubs, sailing centres, boutiques and impressive restaurants that you’ll find in such chic coastal resorts as Deauville and Trouville. Given that you can get from central Paris to Dieppe or Deauville in under three hours, you’ll understand why these elegant seaside resorts are so popular with Parisians.

There’s plenty of space across Normandy as it’s largely agricultural, although there is some industry near the large port of Le Havre, the city of Rouen and the Seine River valley. Land is relatively cheap and Normandy has long been a favourite of British buyers and holidaymakers, not least because it’s so accessible from the UK, whether by ferry, by road or by air, the latter including low-cost flights to Deauville and Dinard plus nearby Rennes.

The area is certainly steeped in history, from its more recent role in World War 2 back to the time when Guillaume Le Conquérant (William the Conqueror) fought to become King of England in 1066. Normady’s history is inextricably linked with ours and the area was even under English rule for about three decades during the 1400s, which explains why many parts of Normandy feel vaguely like a genteel Angleterre from time gone by. Your impressions of Normandy will depend on where you spend your time. Head inland to the agricultural areas and you’ll be overwhelmed by the vast, green fields, picture-perfect farmhouses and orchards which are laden with fruit while, just a few kilometres away, you may feel that Normandy abounds in antique shops and lively market stalls set among terraced cottages and cafés. In another portion, you could get the impression that there’s nothing but horses, stables and equestrian centres – Normandy is very keen on les chevaux and is internationally-renowned for its equine activities. Finally, if you visit a popular coastal resort during the height of August, you’d conclude that Normandy is a seaside extension of Paris that’s filled with beautiful people wearing white linen and designer espadrilles.

So, why choose Normandy? British people who live there gave us such reasons as the “Beautiful food, culture, landscapes, relatively quick access to the UK and the rest of Europe”, “We loved the history and the style of the houses”, “Normandy people are the most pleasant”, “Great landscapes, great climate, great value” and “We just love it!”

Above all, Normandy is known for its apples, which means that its most famous drinks are cider and Calvados brandy, while the area’s celebrated dessert is an apple tart, the tarte Normande. As for cheese, Camembert comes from a village near Vimoutiers, which is where you’ll find the Musée du Camembert, and other regional fromages include Neufchâtel, Livarot and Pont-l’Évêque. On the menu, you’ll often see ‘pré salé’ (pre-salted) lamb, from sheep reared in meadows and salt marshes around the Mont Saint-Michel, or the surprisingly popular ‘andouille’, a sausage made from pork chitterlings and tripe that’s rather an acquired taste. There’s also be plenty of seafood, such as mussels, plus chicken, duck or pork, which are usually cooked in cream and cider. 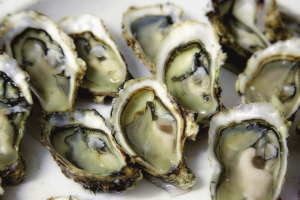 The lush, verdant countryside of Normandy which nourishes the area’s dairy cows is partly due to rainfall, which occurs during even the driest months. Given the area’s proximity to Britain, you won’t be surprised to learn that the climate is similarly temperate, with fairly cool winters, mild springs and autumns, and pleasant summers.

As Normandy offers both a quieter, rural life and a more animated coastal scene, naturally, properties in the latter cost more due to demand but even that can vary from one resort to another. For instance, a seaside home on the Cherbourg peninsula or in the Manche will cost less than in Calvados, particularly in such sought-after resorts as Deauville. For a home within walking distance of the beach in Hauteville-sur-Mer, expect to pay €300,000, which will increase as you head south, towards Granville.

If you’re planning to buy near a holiday hotspot, such as the Mont Saint-Michel or Bayeux, you’ll also pay a premium, but then you’ll have more rental potential.

For less expensive properties, head inland, where you’ll find village houses from €100,000 and renovation projects for far less. Again, if you’re near a popular holiday destination, such as Bagnoles-de-l’Orne, prices will increase, but you’ll get more in areas like Vire and Saint-Sever.

Normandy can offer plenty of land, and its history means that you’ll find châteaux, farmhouses, homes with stables and even those boasting lakes. But do be realistic about both renovation and maintenance costs before you commit to a large project, especially if it’s only a holiday home.

Many say that Normandy is brilliant if you’re a horselover as it offers expansive countryside, good grazing, numerous riding schools and stud farms, and is home to some of the world’s most renowned equestrians. This region also offers good value for property with plenty of land, whether you’re looking to keep your own horses or are planning a future business venture.

What are the main types of property in Normandy?

If you’re considering Normandy to set up a gîte business or buy a holiday home that you can let out, although the area may not be renowned for its climate, when compared to the blistering-hot south of France, it certainly has a lot to offer for buyers who are looking to generate an income.

Normandy is a popular area with French and British holidaymakers alike, as it offers such world-famous UNESCO heritage sites as the Mont Saint-Michel and Bayeux plus, of course, some magnificent coastlines. Above all, it’s also highly accessible across the Channel and from across France, which is vital for tourism.

In theory, it’s possible to find a coastal property for €150,000 in Normandy. Meanwhile, on the Cherbourg peninsula, new-build properties are available within walking distance or a just few kilometres of the coast. Seafront apartments can start at just €100,000, if you avoid the more popular towns of Avranches and Granville.

Do you feel that Normandy is the region in which you’d love buy your French dream home?

Previous Article Are Your Investments Suitable For You?
Next Article Property Management in France for Absentee Owners