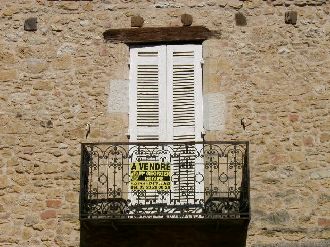 The siren call of the Dordogne

It’s almost impossible to overemphasise the power that Dordogne property can exercise over the English. Decisions are made with frightening speed, often with scarcely any knowledge of the area or indeed France and the French. It takes great strength of character to withstand the siren call. But slow down – look before you buy.

You know the scene. It’s a sunny summer day, and you’re on holiday, strolling through the streets of an unspoilt country town. The shops have closed for their lunchtime break of two hours, and you’re thinking that it’s time for a glass of wine before a lunch in the restaurant you saw on the place. Then you look up and see a balcony with the magic words “A Vendre” and the imagination goes into overdrive. The estate agent’s window is only a step away. There’s a picture of the house in the window. The price is a snip.

Over lunch the imagination, fuelled by a glass or two of the local wine, becomes a beast out of control. The sleepy town is a paradise you’ll live in – perhaps just for holidays to begin with. From the terrace that doubtless lies behind the house, you’ll be able to sit with a glass of wine, overlooking the peaceful countryside. The charming local inhabitants will keep you amused with their quaint oldworld ways.

After lunch the estate agent welcomes your visit, and locks up his office immediately to accompany you to the house. Shutters are thrown open, and the golden sunlight floods in on oldfashioned rooms and a bathroom that probably dates back to the Second World War. Practical considerations disappear when you see the graceful curve of the original fruitwood staircase and the panelling in the dining-room. The absence of the anticipated terrace is a disappointment. But the agent assures you that there will be no obstacle to its construction by one of the many skilled builders in the area. 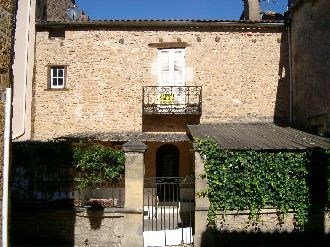 Your imagination is now not merely a beast out of control – it has you so totally in its power that you have lost all objectivity. Later that evening you actually find yourself celebrating the fact that you have paid a deposit on the dream house to the estate agent and that, in two or three months’ time, you will have spent a substantial sum of money you don’t currently have.

Curiously, the euphoria resulting from this rapid and foolhardy decision may take months to subside. Indeed, like some chronic illness, it may remain with you for ever. Equally, it may fade when you discover that, contrary to what you were told, the slope of the hillside behind the house is such that construction of the terrace will have to remain a fantasy. Or when you move in and learn that your next door neighbour has a teenage son obsessed with reggae, whose bedroom abuts on your own. Or when you discover that the locals who appeared so charming are narrow-minded and intolerant of foreigners.

We’ve all been through the process. Buying property abroad is a major decision – and yet it is often taken more rapidly than if the object concerned were a winter coat.

The solution, of course, is humdrum and obvious. Don’t rush into anything. Go home before you make a decision. Think it over. Ask yourself how well you know the country concerned; how well you speak the language; whether there are other regions or properties you should be looking at; whether, as an investment, this is a sensible use of your hard-earned money. Discuss it with your family, friends and professional advisers.

You may not make the right decision even then. But at least you won’t be able to blame yourself for an after-lunch folly.