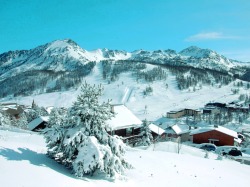 Skiing families have endorsed the decision by French developer MGM to expand by building accommodation in lesser-known Alpine locations by snapping up new apartments off-plan.

Less than two years after announcing plans to build them, MGM already has sold all but a handful of the 90 apartments nearing completion in its new résidence de tourisme in Val Cenis in the Haute-Maurienne – a new region of the French Alps for MGM – and all of those in the Central Alps village of Alpe d’Huez where the opportunities to develop new buildings are rare.

Similar high demand is expected in Valmorel, a ski resort within the Grand Domaine area currently little-known to Britons, where MGM is building 86 new apartments.

Richard Deans, sales consultant in the company’s London office says: “Some may feel that we are going ‘off piste’ by developing in lesser-known locations like these but we are continuing to build in high profile ski resorts like Tignes and Chamonix as well as popular Haute Savoie villages such as Samoens and Les Carroz. Nevertheless, our developments in lesser-known locations continue to attract strong interest.”

They include the village ski resort of Montgenèvre in the Southern Alps, close to the Italian border, where MGM’s first leaseback development in the village – Le Chalet des Dolines comprising 54 leaseback ski-in, ski-out apartments – opened for business almost two years ago.

This month MGM starts work on a second résidence in the village where, in recent years, the local authority has invested around €80 million in: