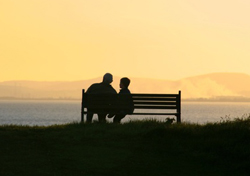 You will have seen in recent months mention of QROPS and the potential attraction to non-UK residents.

Qualifying Recognised Overseas Pension Schemes or QROPS were introduced in April 2006 as a means to allow individuals with UK pension funds to transfer their pension funds abroad.

Any scheme can register to become a QROPS – the main criteria is that it must be regulated as a pension scheme in the country where it is based. Even if it is not, providing it fulfils certain other restrictions (such as 70% of the fund designated to provide an income), other schemes can also be registered as QROPS.

When the schemes register, they agree to tell the UK Revenue of any payments out of the plan. If these exceed UK limits (if a lump sum is greater than 25%, or if income exceeds the maximum via drawdown), or if the payment is before the member could have had benefits (i.e. age 50/55), or there is a subsequent transfer to a non-QROPS scheme, there will be a tax to the member of between 40-55%.

The rules state that if the member has not been a UK resident for either the current or any of the previous 5 UK tax years, then they will not be liable to this tax.

HMRC publishes a list twice a month of the schemes (although permission must be given by the scheme to be included on the list, so not all may appear).

In recent months there has been an expansion of the schemes based in ‘offshore’ jurisdictions like Guernsey and the Isle of Man (although there are a lot of ‘onshore’ schemes as well, which could be more suitable for individuals moving overseas).

What are the advantages?

Depending on the jurisdiction where the QROPS is based, they can offer greater income than UK rules, greater investment flexibility, and the potential to pass pension funds to dependants (which if death occurs during drawdown in the UK would incur taxes of up to 55%).

It might also remove currency fluctuations on income as funds can be denominated in a variety of currencies.

What are the risks?

HMRC are keen to delist any schemes seen to abuse the ‘spirit’ of QROPS, and last year removed all Singapore based schemes from the list of QROPS. Singapore based schemes had been used to access pension funds (in some cases the whole fund) which HMRC felt was an abuse of the rules. Subsequently, the rules surrounding QROPS were amended, and on the QROPS list HMRC have now put a disclaimer stating that they have not checked to ensure that schemes satisfy the QROPS rules.

If an individual transfers to a scheme, which is subsequently found to be ineligible for QROPS status, then the previous transfer to the fund would be treated as an authorised payment and subject to tax, up to 55%.

Another area to consider is how the QROPS interacts with local law in the country where the member is based. Regardless of whether a QROPS allows a tax-free income or not, the member will be taxed where they live, not where their pension fund is based.

You may have seen or heard it mentioned that QROPS has the ability to remove double taxation on income. In reality however, most major ex-pat destinations for UK residents have a double taxation treaty in place with the UK, meaning that income will only be taxed once.

There are rumours that HMRC are looking to clamp down further on potential abuses of the QROPS rules. Even for small funds the Revenue has pursued a tax payment where an individual used a QROPS to access a £50,000 pension fund.

QROPS undoubtedly offer much greater scope for individuals than previously – but they may not be suitable for everybody, and correct advice is important to ensure that whichever QROPS is recommended that these are suitable for the home country for the member.

With more and more UK residents looking to emigrate in the UK, correct advice and planning is needed to ensure that any risks to the member are minimised in the future.

Merry Christmas From All At Blacktower… And A Final Word On Recent Pension Changes!

Do You Have a UK Pensions Scheme and Want to Become French Tax Resident? This Is For You.