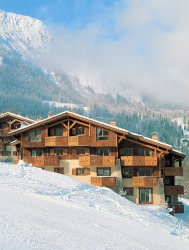 Plans for an exclusive new small development of ski apartments close to Chamonix have been unveiled by the leading developer in the French Alps, MGM.

The Résidence Le Tétras Lyre – named after the Black Grouse that frequent the area – will comprise just eight two- and three-bedroom apartments within a single, traditionally-styled chalet in Les Houches, just one hour by car from Geneva Airport.

Off-plan prices for the apartments, which have floor areas ranging in size from 59sqm to 120sqm, start at €370,000 for a two-bedroom property rising to €580,000 for a three-bedroom duplex. Prices include underground car parking and secure storage space for skis and snowboards.

The development is scheduled for completion before Christmas 2011.

The picturesque rural village of Les Houches at the foot of Mont Blanc has attracted growing interest as a base for skiing holidays in the winter months following the decision to include its ski lift on the Mont Blanc ski pass, giving access to 354 pistes in one of the best-known ski areas of the French Alps.

“Les Houches has an attractive skiing area that suits everyone, from beginners to experts as well as snowboarders. It winds through pine forests down to the village so those staying at the Résidence Le Tétras Lyre will be able to ski to the door.

“Chamonix, only a few minutes away by bus, car or train, and St Gervais – about six kilometres away – together provide an even wider variety of skiing as well as an abundance of other winter activities.” 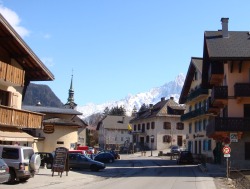 Popular throughout the year, the variety of summer activities available in the area around Les Houches includes fishing on the nearby Lac des Chavants and playing volley ball on its bank. White water rafting, mountain-biking and paragliding, as well as more traditional hiking and climbing, are among other pursuits to be enjoyed.

Three years ago, an earlier development by MGM in Les Houches – Le Hameau de Pierre Blanche – won the Best Development France Category Silver Award in the Homes Overseas Awards. MGM was the only company to qualify for an award in this category.