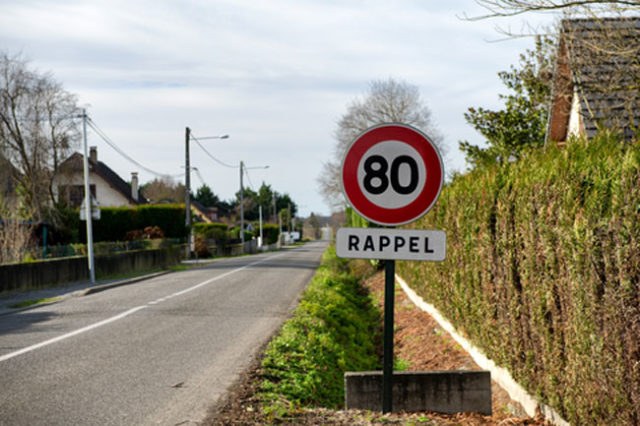 The reduction of the speed limit from 90 km/h to 80 km/h on two-way roads without a central separator, announced by the Inter-ministerial Committee on Road Safety on 9 January 2018, will come into force on 1 July 2018. A decree to this effect was published in the Official Journal on 17 June 2018 after months of controversy.

The new speed limits will apply on on two-way secondary roads without central separation, where the limit is currently 90km/h. Other roads, such as dual carriageways and motorways, will not be subject to a reduced limit. Not all secondary roads are affected, for example sections of road with  two or more lanes of traffic going in the same direction will remain at 90 km/h.

This measure is being strongly contested by motorist and motorcyclist associations, local elected officials and even ministers who doubt its effectiveness in reducing road traffic accidents. Some departments are concerned about increased congestion due to the fact that cars and motorcycles will be restricted to the same speed as that of lorries, which they feel could lead to more accidents because of driver frustration.

Further information can be found on the Sécurité routière website