Children with Learning Difficulties in Limousin 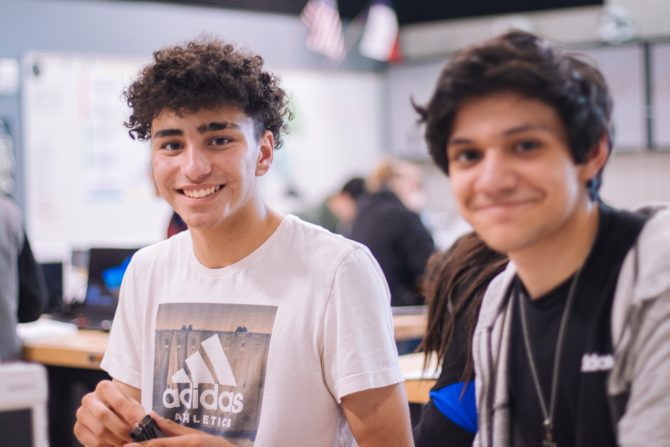 A Personal Experience of French Schooling

I moved to the Creuse in May 2004, I thought I came prepared to sort out my childrens education, but, boy was I in for a shock.

Both of my children are classed as bright but both have special needs. My daughter Helena aged 9 has mild dyslexia which was diagnosed 2 years ago, but my little boy Owen aged 7 has more complicated issues which have been put into the genre of ‘language comprehension disorder’.

I came to their new school armed with all the reports from various departments and doctors relating to their disorders ( a whole folder for Owen) including a statement of educational special needs.

On presenting this to their new school was informed alas that it was not written by any French authority on the subject so has no value to them.

Helena started her new term in CM1 and moved into an atmosphere more remiscent of a 1950’s classroom with the teacher checking the contents of their pencil cases to make sure it fitted the list of items exactly anything else had to be removed and never seen by the teacher again. I was informed they are not allowed a pencil sharpener within the classroom and only allowed 1 pencil! All lessons are taught by the principal of “I talk and you listen”, much different to the more informal teaching style of her previous English school, but apart from her obvious spelling problems she seems to thrive and is integrating quite well.

I insisted that Owen start the year below and managed to organise this with the assistance of a French friend who speaks good English.
So into CP1 he went at first the teacher seemed to be in denial there was anything wrong with him saying he was keeping up with all of the other children, but, within a month everything changed, they called us into the class, his teacher basically said she did’nt think she could teach him and after that point his whole education seems to have come to a halt.

I was not offered any alternative education placement. I was informed that he would be staying in CP1 next year even though he is already a year behind but no other assistance seems to have been offered and his teacher is basically implying that there is nothing wrong with him except lazyness and the lack of willingness to learn.

I have pointed out all of the previous professional observations made on him in England, but alas that is where the problem lies, they were made in the Uk and not by any French authority so mean nothing.

So now we seem to be at a stalemate with the notoriously slow French bureaucracy seemingly grinding to a halt. So if you have children with special needs think seriously before putting them into the French education system. You may think you come forearmed with all the necessary documentation to assist you and any future school, but be warned everything is different in France not just the language.

•With thanks to Julie Attwell

Excellence in British Education – Mougins School on the Côte d’Azur