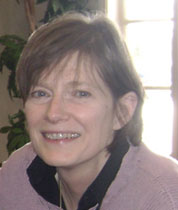 When I arrived in Paris as an au pair, the school children advancing hand in hand in the streets immediately caught my attention. Just like “Madeline” in the 1930s series about the little Parisian and her friends, “in the streets they walk in two straight lines”.

Even playing in the humid sand at the park on their day off in mid-week, these little Parisians had something very ‘Madeleine’ about them. The girls were clad in fitted coats over smocked dresses, woollen tights and well-polished Mary Jane shoes while the boys trampled through the playground in their barely scuffed high-top bottines, navy duffle coats, grey flannel shorts and knee-high socks.

Though the Paris of little Madeleine is still subtly present today and the remnants of this dress code can still be seen in the more elegant parks and squares of the city, French children today are much like their counterparts in the rest of the developed world in status (a focus on children’s rights to freedom, protection and education) as well as in appearance (Gap Kids, baseball caps and signature sports wear).

So, do French children nowadays have anything in common with the little Madeleine of yore? Are they still well mannered children eating a bar of chocolate tucked inside a piece of baguette for their afternoon snack (rarely) and soup for dinner (often)?

The movement of May ‘68 opened French society to such transformations as women lib, abortion rights and the abolition of the death penalty. Dr. Françoise Dolto, a French psychoanalyst, was at the forefront of any discussion on child rearing and education. This childhood specialist had as much impact on French parents as Dr.Spock had on American parents several decades earlier. She popularized the concept that children are people in their own right and should be respected as such, and helped loosen the corset strings that bound pre-’68 French society.

On her popular radio show she answered letters written by anxious mothers, fathers and grandparents. A prevalent idea at the time was that picking up a crying baby would spoil it. As a new mother I often encountered this attitude and was more than slightly relieved when I heard her during one program encouraging a distraught mother to take her crying new born in her arms rather than to leave it wailing in its crib. After persuading the young woman that the baby wasn’t using some well-calculated subterfuge just to get its way, she urged her not to do what her mother told her to do, but to follow her own instincts. Advice like this certainly wouldn’t have been given in the France of the ’30’s, or even the ‘50’s. In 1979 Françoise Dolto founded “La Maison Verte”, a place where parents, children and child education specialists can interact together in an informal setting. These centres which are open to anyone who has young children between 0 and 3 years continue to operate today in all major French cities.

Though many in France accuse Françoise Dolto of putting the child on a pedestal, you can hardly say that children here hog center stage when adults are present. Out of principle, when French parents are talking to a friend or discussing the happenings of the day together, they won’t stop a conversation because their 5 year old comes along with a question. Most American parents, for example, will almost instinctively react by stopping the conversation to listen to their child, respond in detail and if need be, will go with the youngster in an attempt to find a solution. A French adult considers it rude if you interrupt what you are saying, and even more so what he or she is saying, to talk to your little one for anything short of an emergency. “Can’t you see I’m talking?” would be the response of French parents to his or her child, and insistence from the child will only be met with irritation. So if you see a few raised eyebrows or hear caustic remarks at the park when, rather than giving your son a simple No!, you stop a conversation to explain to him why he can’t play in the puddles, don’t be surprised.

Pre-school is a French exception that got a real boost from May ’68, and newcomers with children love it. As women progressively entered the work force in ’70s, ‘80s and ‘90s the number of children benefiting from early education exploded: all five-year-olds were enrolled in pre-school in 1970, in 1980 the four-year-olds joined them and by 1990 over 99% of the three-year-olds were attending nursery school. The question today is: Should pre-kindergarten be expanded to include two-year-olds? French parents are addicted to this instructional daycare and it is now an undisputed part of formal education, even though school isn’t obligatory until six. The down side, if there is one, is that your French friends and acquaintances will tell you that you are being selfish and that you are not a “good” parent if you don’t send your offspring to school at 3. Your four–year-old’s teacher will look at you sidewise if, in an attempt to keep the youngest around the house a little longer, you say he or she will be attending only half days. I’ve seen parents try, but after the first trimester they generally bow under the pressure. My experience as a teacher is that it takes close to 6 months for a four-year-old who has never been to school before to catch up with his French counterparts, i.e., to get used to living in a group and to feel at ease in a classroom where French is the language used to communicate.

A facet of social behavior that wasn’t fundamentally changed by the revolution of the 60’s and that is learned very early on is good manners. There is no better way for your children to learn good table manners than for them to have lunch or dinner at little French friend’s house. After a couple of meals in a French home, they will be telling you to wait until everyone is served before starting and skillfully wielding a fork and knife continental style.

A recent incident with my neighbour’s little four-year-old daughter underscored for me the importance politeness plays in the culture. This little girl refused to greet me in the hallway even though her mother was prompting and prodding her to say “Bonjour Madame”. I knew these two words were the accepted salutation when encountering an acquaintance in the street, superiors at work and when entering a room or shop full of strangers, but the pressure exerted on the youngster seemed overbearing. To top it off, my neighbour scolded her daughter for this inappropriate behavior while I was still within earshot. As I rode up in the elevator, I couldn’t help but think of Raymonde Carroll and her eye-opening book “Cultural Misunderstandings”. In the chapter devoted to parenting, she explains that the French will often reprimand their children in public to show everyone that they are good parents doing their best to educate their offspring, to give them the required social skills. You might say that admonishing your child in public is the politically correct thing to do. This French anthropologist points out that American parents consider such public reproach humiliating, but in France it is quiet the contrary. Even a total stranger might say a word of disapproval to a child he or she sees “misbehaving” in public. This person, Raymonde Carroll assures, is just a concerned adult doing his or her duty.

An often-encountered French greeting that is not easy for foreigners to know when and how to use is cheek kissing. This also starts very early on. A French toddler, still in its mother’s arms, is encouraged to kiss a family friend or acquaintance on the cheeks when they meet. In nursery school and lower primary school grades, kissing the teacher on both cheeks is the first thing young children do in many classrooms. This familiarity doesn’t sap the teacher’s authority, on the contrary. It is a mutual show of respect and affection that starts the day off on the right foot and cancels out yesterday’s difficulties without compromising a firm hand later on during the day. Among children, cheek kissing rarely starts before 11 or 12 for the girls, and a year or two later between boys and girls. Teenage Boys generally use only a handshake or sign when they meet, though I have noticed that the 18 plus category sometimes exchange la bise. Once your children have attended school in France for a few months, they will be able to give you tips on this custom.

The well-known closing lines of the “Madeline” books, “that all there is, there isn’t any more”, hardly applies when it comes to conventions such as these. Understanding the customs of a foreign country is a long, and sometimes frustrating, process. When you begin to feel uneasy or embarrassed in a social situation, ask yourself where the discomfort is coming from and you might well find that it is one of another invisible cultural difference signaling its presence to you.