Maintaining Your Children’s English in France 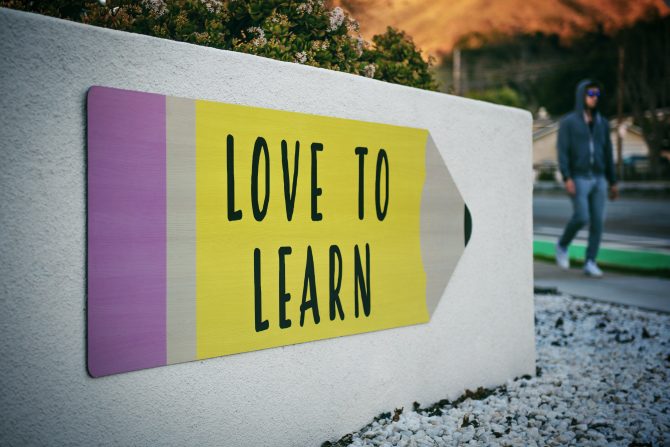 Statistics show that more families with younger children are moving to France than ever before, possibly driven by the fact that younger the age children are exposed to French, the easier it will be for them to integrate successfully into the French school system. Many of us remember the first day we dropped our little ones off at school to be immersed all day in a language and culture of which they had a limited understanding, hoping that there would be smiles at pick up time. Months or years later we are proud (and maybe envious!) as we listen to them chatting fluently to their friends in the playground.

As a parent, one of the motivations behind relocating to France was to give my children the opportunity to become bilingual – a skill that will be increasingly important in the modern world. To be truly bilingual, however, they will have to be able to read, write and speak in both languages to the same level as their peer group in the relevant country. At the back of our minds, there is always the consideration that if we were to relocate back to the UK or onto another English-speaking country during their school careers, we would want them to remain with their age group and not interrupt their academic progress to catch-up with written English.

Before we settled in France, we spent four years near Geneva where there is a large expat community from all over the world. Language and culture retention is important to all the families and many will eventually return home or be posted onto other countries around the globe. Several families had parents who spoke two different languages at home, an au-pair who spoke a third and the child went to school in a fourth, all of which was taken in their stride!

Maintaining our children’s one language – English – seemed remarkably simple by comparison, particularly as there was already an association which gathered all the Anglophone children from local primary schools for an afternoon of English based on the National Curriculum and taught by ex-UK teachers. Our eldest child (who was five years old when we moved) was able to maintain her reading and writing at the same level as her peers in the UK and our middle daughter learnt to read and write in English alongside learning to read and write in French. Every week there was homework and the association had permanent school rooms at the nearby lycée which also ran an International BAC programme.

On moving to Poitou-Charentes, one of our largest concerns was how we were going to maintain our children’s English. Our youngest was four years old and too young to have started the above programme and it was frightening to see how fast the elder two started to lose the basics. Their spoken English was very good as was their French, but this hid the fact that their written English was disappearing fast – in came phonetic spellings for words they previously knew, mistakes in conjugating the irregular verbs, etc. We realised that we needed to act quickly if they were not to lose their ability to read and write in English. Clearly we needed to teach them, but as neither of us are teachers and teaching three children at such different stages proved impossible, the alternative was to find them a teacher.

One way to do this is to search for English courses and English-teaching groups in your local area. Ask at your local Mairie, put the word out in your local community, or search online or on social media to find expat groups that might be able to point you in the right direction. You might also find the tips below useful.

Tips for Maintaining English While in France

* Only speak to your child in your native language (whatever the garderie or maternelle teachers says, speaking to them in poor French will do nothing to help them acquire French, but it will prevent them from acquiring English)

* Maintain an English environment at home if possible – it might help the parents to have the home immersed in French, but this will only help your children to lose their English. Keep children’s TV programmes in English and speak English around the home to make sure your children have a good level of verbal English.

* Write in English – encourage your child to write to friends and family, even on the internet. This will give you an opportunity to explain the spelling rules as well as remove the inevitable e’s from the end of all the words!

* Test your child’s level of reading and writing – this is a good way to see if your child is still at the same level that they would be in the UK.

* Correct your child’s English – a lot of correction would normally happen in the school environment so we have to make up for it here. Classics are the verbs, e.g. put-ed, run-ed, build-ed etc.

* Increase their vocabulary – we all use a relatively limited spoken vocabulary but for children to express themselves in writing, they will need to learn many ways to say the same thing. Play word games to grow their vocabulary.

* Point out the difference between the languages – by explaining the differences, you can help them to understand the two languages and more importantly, understand where the rules are different. Even simple things like capital letters for months and days in English need to be taught as they are taught French rules at school.

* Employ a professional! Children need to be taught to read and write in English, they cannot just pick it up as they go along.

See our guide to raising bilingual children in France for more great tips.

With thanks to Kathryn Dobson