First published: 21st May 2019 by FrenchEntrée 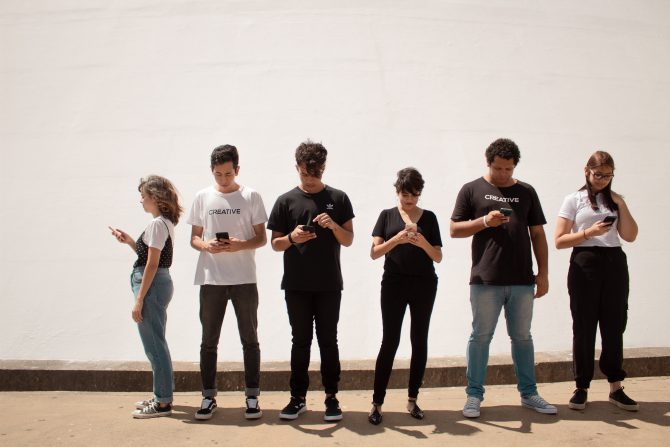 When Beth Ducat moved to France, she gave her two teenage daughters, Emma (17) and Alex (15), the choice to stay in the UK or come to France with her. They chose the latter. Here, Beth tells how her daughters coped with their new French school…

As a teacher of languages in the UK, I figured I would be able to help them adapt. The eldest had just obtained an A grade in French at GCSE, so I felt they could cope. I knew they would have to repeat their first year, but was unprepared for just how unhelpful some of the teaching staff were.

They were expected to do the same work as their contemporaries in French without support. The school day is also much longer. To sit in a classroom from 8am until possibly 6pm without understanding a word of what is going on can be at best boring and at worst demotivating to the point that a youngster could switch off from school completely.

This was indeed the case for Alex. After some months, I went to see the directrice of her college where she was in troisième to discuss potential solutions. The directrice wanted Alex to take her brevet (end of school exam), but I felt this would just set her up for failure. When Alex was accused of acting like a little girl of six years old, she walked out of the meeting and refused to go back.

At 16, Alex was entitled to leave school, but she wanted to go on to do the CAP in cuisine at a lycée professionnel and the school led us to believe that unless she stayed on, we would not have their assistance in getting her in. My initial reaction was to take her to the local ANPE (Pôle Emploi, equivalent to a job centre) to look for work.

Again, making assumptions that the French system allows for 16-year-olds to enter the job market (because that is normal in the UK) led us to receive quite a shock. Generally speaking, it is unheard of for French kids to leave school at 16 and go to work. It is more usual for them to stay in education in some form until well into their twenties.

The ANPE assistant did however point us in the direction of the office charged with helping 16 to 25-year-olds who have dropped out of school and are not in permanent employment, to train or find an apprenticeship. The counsellor for the Lot area outlined Alex’s options, which included going to a Lycée professionnel to study for a CAP or an apprenticeship, in which she would also gain the CAP but via work based learning while earning a basic wage.

He also arranged for her to take French lessons – a FLE course (Français Langue Etrangère) in Figeac. Starting immediately, each Monday, she did four hours of French exercises with French adults who had literacy problems in the morning and four hours of FLE with other foreigners, mainly English, in the afternoon. It was rather intense but worth it.

In the meantime, her 18 year old sister Emma, was struggling at a lycée in Aurillac. She was boarding and despite her A grade GCSE in French, did not have a clue how to cope in the classroom. Her teachers, clearly frustrated with her, wanted her to do the same level of work as her Baccalaureat (French) colleagues.

It became abundantly clear that she was never going to be able to write essays in French to the standard required to pass the French BAC and her self-esteem was at rock bottom. Fortunately, she won a scholarship to the International School of Toulouse and is currently studying for her International Baccalaureate.

My next step was to move to Toulouse with the kids. I found Alex a place at a lycée professionnel in Auch (Gers) by ringing a few schools and going to see the one in Auch as it sounded good. It was merely a question of discussing with the deputy head their willingness to take on a girl with limited language ability. She started her CAP cuisine the next week.

Teenagers over 16 are entitled to go to school. Whether they would be happy there depends on how resilient they are and how quickly they learn French and adapt to the stricter school atmosphere. Teachers can be unsupportive and may feel that if you send your child to school at this late stage without any language skills, then it is not their task to bring them up to speed.

However, I must stress that attitudes vary from school to school and from teacher to teacher. Generally speaking, the teachers have a curriculum to teach, the kids learn it – mostly by heart, and regurgitate it in the tests and exams they have throughout the year. It is down to you to discover how prospective teachers feel about a foreigner with low language skills arriving in their class, and offer to support your child to the best of your ability.

The academic level of the CAP is much lower than the bac, with the emphasis on learning vocational practical skills needed for working in a trade. We have been in France for two years now and Alex’s oral comprehension is good, but of course she struggles with the written work. Even in a vocational school, subjects must include maths, a foreign language – usually English, science and French.

Finding the right school or apprenticeship for your teenager is crucial for your and their happiness. The good news for Alex is that she and her sister are more resilient and self sufficient than they ever were in the UK. They know that to get anywhere, you have to focus, work hard, and grow a bit of a thicker skin. I am extremely proud of them. They are delightful young women, not least because they don’t blame me (too) much for dragging them through this French mire.

Tips for Making a Move with Teenagers

– Don’t move to an isolated area – you will have to be a chauffeur all the time and it is difficult for your kids to meet others the same age.

– Check out the choice of schools in your area. You don’t have to go to the nearest lycée but must have a reason why you want to choose a school outside your area and ask permission from the rectorat and the mairie.

– Talk to the director of the school to find out how supportive they are to kids in their position. You may well get a negative reaction if the head feels that your child’s needs are too expensive in terms of support that they can afford.

– Find out what support the school can supply in the way of French language lessons for foreigners. This is supposed to be available but varies in consistency. If you find a supportive school and head, then they may devise a special timetable for the first year, involving heavy French language support. Or, you could suggest this idea while acknowledging that you don’t expect them to do the same work as the other kids and that you fully expect them to have to repeat the year. Make sure your kids understand that there is no real stigma attached to staying down for the year.

– Most of all, success will depend on your attitude. You must be prepared for some tantrums and they must be aware that it is going to be very hard work, most of all emotionally. Friends in the UK are usually very important. With limited or no French language, it is very difficult to make new friends and it is therefore very easy for a young person in a radically new environment to feel isolated and left out of the scene.