The French Baccalauréat: How Does it Compare to A-levels in the UK? 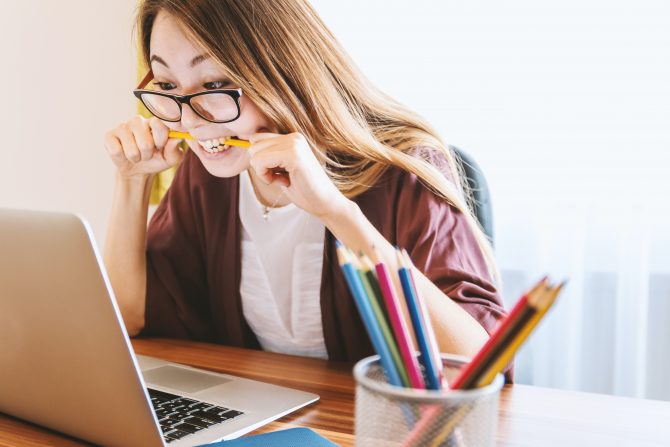 If you have teenagers in France attending a French lycée (high school or secondary school) you’ve probably heard of the Baccalauréat or ‘Bac’. The Bac is the equivalent of a High School Diploma in the United States or A-Levels in the UK – a school exam that is taken at the end of lycée, typically at 18 years old. Let’s take a look at the Baccalauréat and how it compares with A Levels in the UK.

What is the Baccalauréat in France?

The Baccalauréat is a state diploma awarded to pupils in their final lycée year. To obtain it they must pass a multi-subject examination which will include certain obligatory core subjects French, philosophy, maths, two foreign languages but which will vary according to the sections (series) they have chosen in première (with an accent on science, economics, humanities or technology). The weighting (coéfficient) applied to different subjects will also vary from one series to another.

Pupils sitting the Baccalauréat (le bac as everyone calls it) are assessed by examination (written and oral) of the final two years at the lycée. For borderline cases, the Baccalauréat examiners will also consult the school reports for the final last two years, as well as the head’s opinion expressed in this report. Only in those circumstances is continuous assessment used.

Differences Between the Baccalauréat and UK A Levels

The very fact that Baccalauréat is in the singular should be a pointer to the major difference. A-levels are separate exams, and while most students opt to take three or four, it’s also possible to take one, and they can also be collected and accumulated. For example, you could sit three one year, fail one, then re-take it another year… or decide to add an extra one later on if you want; it’s up to you. Whether the subjects you decide to sit actually go together is another matter. No one will stop you doing chemistry, Swahili and needlework if all are available at your school, and that is what you think you will do best at. Teachers, parents and university requirements will guide pupils in the usefulness of their choice, but that’s about it.

The big plus for the bac over A-levels is that it ensures that pupils leave with an all-round education. There is no specialisation in France at lycée level. This may require more effort, but it gives pupils a wider choice of studies, so more adaptability later on.

Applying for University: Bac vs A Levels

Education in both the UK and France is compulsory up until the age of 16. Therefore, staying on to do A levels or pass the Bac is optional. In practice, the majority of French students (more than 75%) do go on to complete a Bac.

Like A Levels, the bac is essential to apply for university in France, and it’s extremely hard to find work without either a Bac or a professional qualification obtained in France. There are however, three different Bac options available (see below), depending on whether students are looking to go onto higher education or intend to go straight into the job market.

There are three Baccalauréat types or ‘filières‘ (pathways):

At least half of Bac students choose a ‘général’ Bac, which is designed for students who plan to go on to higher education or University. There are three types or sub-types of ‘général’ Bac: Bac L (littéraire or literary), Bac ES (économique et social or Economics and Social Sciences), and Bac S (Scientifique or Science).

Which type of Bac to choose depends on the student’s strengths and chosen career path, but generally speaking the most respected of the three is the Bac S. This is the Bac needed to go onto the ‘grandes écoles’ (France’s most prestigious universities), medical school, or scientific studies.

The ‘technologique’ Bac is geared to those who see themselves in the world of business, management, and marketing, or technical and applied sciences. These Bacs are also designed to prepare students to go onto higher vocational qualifications and there is a wide variety of options available.

The ‘Professionnel’ Bac or ‘Bac Pro’ is designed for students who aim to enter directly into the work market (perhaps after also completing a vocational training or ‘formation‘). These bacs combine general study with industry-specific skills and work placements, and there are dozens of specialities to choose from including everything from cooking to freight driving to maintenence technicians or craftsmen.

A final option that may be of interest to international students or those looking to study at an overseas university is the Option internationale du baccalauréat (OIB). This is a general Bac but with extra exams offered in certain subjects and part of the course studied in English. Not all lycées offer this, but there are options available throughout the country. This is the type of Bac often offered at International Schools in France.

Studying for the Baccalauréat takes two years, known as première (first year) and terminale (second or final year). A series of exams are held, including ‘early exams‘ or épreuves anticipées at the end of première, followed by the final exams or épreuves terminales at the end of terminale. For the Bac pro,  there are a series of written and/or practical exams and assessments tailored to the area of specialty.

In première (year one):

The first part of the Baccalauréat is the examination in French literature. Pupils sit this a year ahead of the rest, in première. The exam consists of written and oral tests with equal weight. For the oral, pupils are asked to analyse texts studied during the year, around a specific theme such as the Enlightenment or the Romantics. After this exam, French ceases to be on the curriculum but the marks are carried forward to the grand total that will be obtained the following year with the remaining subjects. In terminale year, French is replaced by Lettres (humanities, in which students will study non-French writers, including Shakespeare) and Philosophy.

Pupils are tested at the end of their final year in the lycée for the remaining subjects studied. This stage is divided into two parts: premier groupe and deuxième groupe. The premier groupe is preponderantly a written examination, only some options are tested orally.

After the written papers have been marked, pupils learn whether they have passed with various levels of distinction (mention très bien, mention bien, mention assez bien) or have simply passed (passable). For all these pupils, le bac ends here and they are automatically assured a place at university. For those with the highest honours, they will go on to classes préparatoires and hopefully find a place in a grande école.

For those who have not obtained enough marks to pass, there is an opportunity to earn a few more at the épreuve de rattrapage (literally the “catching up exam”) also called the deuxième groupe exams. This takes the form of an oral based on subjects studied during the year. It takes place just a few days after the written results have been published.

Borderline cases have access to their marks to see where they have failed and with the help of teachers will calculate which subjects they would do best to offer at the oral (choice will depend not only on competence, but also on the particular weighting of different subjects).

Those who fail to catch up at the oral examinations will have to repeat their year. You cannot just sit the subjects you have failed, you sit the whole examination again.

Can Bilingual or Non-French Students Take the Baccalauréat?

The high degree of written French needed makes this a hard examination for anyone entering the French school system at a late stage. Not only is an excellent level of French necessary, but an understanding of what is required in, say, essay-writing is essential. For non-French pupils, it would be extremely likely that they would have to repeat one of these years if they have not been through the earlier stages of the French system.

The French approach to the essay is far more Cartesian than the Anglo-Saxon freewheeling style. There is a framework and progression to be respected, pitfalls to be avoided. It is an excellent way to help pupils organise their thoughts in a logical way, but not easy when you haven’t acquired some grounding in the approach earlier on, in collège. As for philosophy, even the French find this hard, but if you have mastered the logical approach to setting down your ideas in première, it is certainly a help.