The Paris Dream – Immersing Yourself in the Culture 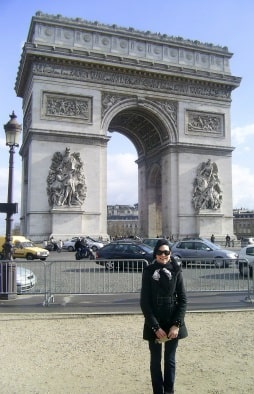 What happens when you have a people who are fiercely proud of their culture and a person who is fiercely proud of their individuality? The beginnings of a roller coaster experience! I went to Paris to study abroad for a year starry eyed and full of dreams. French culture and language intrigued me but not to the point where I wanted to become a part of it. I just didn’t realize that until I arrived in Paris. At the time, I believed that I could just be me but in France. I didn’t understand the French people’s love for their culture and how it was offensive to not respect it.

Why didn’t I respect and adhere to French culture and customs? I didn’t think it was going to be so different from American culture. Having studied French for 8 years, I thought I was more than linguistically and culturally prepared for this experience. However, this was not the case. No one prepared me on how to immerse into current French culture and I only had dreams to base my experience off of. When I was abroad, I found myself saying all too often I wished I was better informed about French culture and the immersion process. Studying abroad or relocating to Paris is an amazing opportunity. Don’t waste it being frustrated or disappointed because it doesn’t match your dreams!

Here are 3 simple rules for immersing into French culture:

1) Go with no expectations. This is especially important if you have traveled to France before. The experience you had as a visitor will be completely different than that of a resident. Don’t assume that living in France is the same as visiting- it’s not!

2) Don’t Compare. I didn’t research French culture outside of the classroom before moving to Paris. As result, every new aspect of French culture for which I was not prepared was compared to how Americans would do it and then judged harshly. This is not fair. Remember, the French have been an autonomous society for years and functioning just fine. They are not wrong in the way they do things just because it’s different than what you’re used to.

3) Adopt the host culture. Clothes, your physical appearance, attitude, manners and overall thinking all need to be open to change when going to live or study abroad. Moving abroad and immersing oneself in another culture is all about finding a new you. To start preparing for this big change, start adopting these new customs at home. If you can start dressing, thinking and acting French before you go abroad, your transition and immersion into French culture will be much quicker and easier.

Basing your experience of living abroad from dreams will only set you up for disappointment. I had a wonderful time in Paris but wasted so much of it fighting French culture due to misunderstanding from lack of preparations and only going off of dreams. Preparation (and not dreams) is the key to success abroad.

About the author: Andrea Bouchaud is the Paris study abroad experience expert. She is a Rutgers University alumna and the author of e-book Twenty in Paris: A Young American Perspective of Studying Abroad in Paris and The Paris Diaries: The Study Abroad Experience Uncensored

Excellence in British Education – Mougins School on the Côte d’Azur