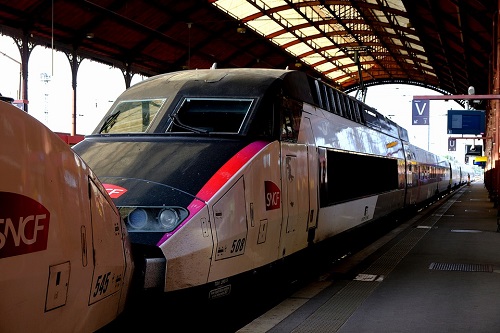 As the UK faces yet another general election and impeachment proceedings against President Trump have the USA enthralled, we’re taking a look at the latest news from France. What happened in French headlines last week?

As the UK braces itself for a general election 12th December, Britons abroad are being urged to opt for a proxy vote, rather than relying on their postal vote arriving on time. In previous elections, and the Brexit referendum, numerous UK nationals in France were left with their voices unheard due to the sluggish postal system. With this latest election being so close to Christmas, and with threats of postal worker industrial action, the British in Europe coalition is strongly suggesting that anyone who is eligible to vote, but cannot go to the polling station in person, registers for a proxy vote instead.

Britons abroad got some attention in the House of Lords, as proposals protecting their pensions, family lives and rights to study were discussed. In a letter to the government, Lord Morris requested a number of assurances to mitigate concerns of British expats in EU countries.

An SNCF strike planned for the 5th December has garnered support from the gilets jaunes. This is despite 57% of French people saying they don’t think the strike is justified. The nationwide strike is set to cause widespread disruption in the run up to Christmas and is in protest against proposed pension reforms.

France’s Europe minister, Amélie de Montchalin, has raised concerns that a no-deal Brexit is still a risk. She told journalists, as the extended deadline is non-negotiable, there may not be time for a new deal to be agreed in time. She added that she hoped the general election result would allow for an “orderly” Brexit.

A foraging expedition turned fatal as one woman died and two people were hospitalised after confusing ceps mushrooms with death caps. The family were mushroom picking in Deux-Sèvres (Nouvelle-Aquitaine). A warning published by the Agence Régionale de Santé (ARS) urges people to take great care when picking wild mushrooms and to check with a pharmacist or mycologist if they are in any doubt about mushrooms they plan to eat.

French and German agricultural ministers have announced a ban on culling by maceration. The practice is used in the egg industry and refers to the culling of male chicks by mechanical crushing. The ban will come into full force in 2021, to allow time for the industry to adopt more humane methods. Male chicks are culled as they are considered “waste”. The practice of culling by maceration was deemed a violation of Germany’s laws against killing animals without justification.

15 departments are on orange-level alert as Storm Amélie hits western France. The Vendée to the Pyrénées-Atlantiques should be especially cautious of wind and flood risk. Winds are expected to reach 140-150kmph and heavy rainfall is also predicted.

A French couple have been handed a bill for €13,000 in back taxes for eating at their own restaurant. Officials have told the couple that the meals they enjoyed on their own premises were a “benefit in kind” and therefore subject to taxation. This is not the first known incident of this nature, as Arnaud Bloquel, a chef who owns two restaurants in Guadeloupe, was billed €14,000 in back taxes for the same reason. France’s Minister of Public Action and Accounts Gérald Darmanin has denounced the “obsolete” rule, calling the situation “absurd” and vowing to review the charges, and the rules.

Neymar has been given a warning after “slapping” a fan at the French Cup final. The Brazilian forward “tapped the fan on the chin” after the man appeared to admonish the player. Neymar has been issued a written warning, but no further action will be taken.

The French Government have pledged to increase spending on sports infrastructure in 2020, as the country prepares for the Paris Olympics and Paralympics in 2024. The sports budget for 2020 is set at €710.4 million, an increase of around 10%.