Working in France: Top Tips for Your Job Search 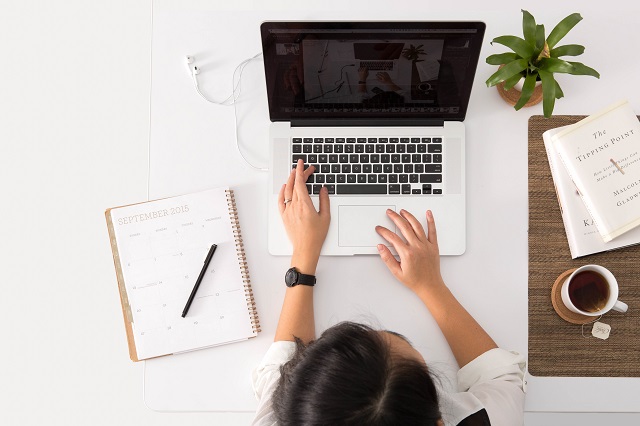 What to expect when looking for work

Moving to another country – especially if you don’t speak the language – is like being sent back to infant class: everything you took for granted in your motherland has to be learnt all over again.

When I first moved to France 15 years ago I spoke reasonable French, had a degree and a wide range of work experience. Find a job? ‘No problem’, I thought. Of course, it wasn’t that easy, but by keeping eyes and ears wide open I learnt the following lessons:

Translation: even in a country run by a President who’s pledged to do the political equivalent of turning water into wine there is a high rate of employment (currently around seven percent) so nepotism, when it comes to finding work (especially in rural areas) is not unusual.

Practical tip: if you’re invited to a soirée with some well-placed officials, or get a chance to meet someone whose employed in your line of work, don’t be embarrassed to ask if they know of any job vacancies.

Translation: If, like me, you framed your A-level certificates, or gave them to your doting granny, it’s time to get them back. Whereas in Britain employers tend to rely on an interview to size up their candidate, the French rely heavily on certificates and diplomas when it comes to hiring.

Practical tip: It’s ok to send in a neat, concise CV and photocopies of diplomas in English, but it’s best to get qualified help when writing a letter of presentation in French. (Remember, you can always prepare a prototype letter, then adapt it to suit different offers of employment.)

Translation: even if you do a job well, you might be perceived to do it badly because you don’t do it ‘like it’s done round here’. A local French artisan told me recently that he’d never employ a British builder. When I asked him why not, he returned this surprising response: ‘Because they can’t build straight walls. Instead of using a plumb line like we do, they use a spirit level’.

Practical tip: even if you think you know better, don’t be afraid to leave initiative on the sidelines and copy your fellow workers when you start a new job.

Let’s face it, unless you speak the language like monsieur Molière and have credentials which outshine your native French speaking competitors, you’re unlikely to get a job in a line of work that a Gallic citizen could do just as well. Having said that, there are some trades where employers might be glad you don’t speak a word of French. ‘My boss actually prefers teachers who don’t speak the language because it obliges the pupils to speak English all of the time,’ says Julie Astles, an English teacher at the CEFOPE in Versailles.

‘The British have a capacity for ‘thinking out of the box’ which helps them when it comes to finding work here in France,’ says Jean-Luc Godinaud who works for Adecco, a nationwide temping agency. ‘They should use this capacity to discover what they have to offer that is unique and who they can offer it to,’ he adds.

Rigorous job legislation makes it difficult for French employers to hire and fire as they like. This also makes the interview a minefield as your potential boss tries to size up who you are, what you can offer his/her company and whether you’re likely to make waves. ‘I went for a job in a French travel agents and everything was going fine, until they asked me why I only wanted to work part-time,’ recalls Debbie McNally, based in Paris. ‘When I said it was because I was an artist and wanted to use the spare time to pursue my main interest, the employer went cold and formal on me. Later I got a letter saying they were impressed by my experience, but felt I wouldn’t have the commitment necessary for the job.’

Whether it’s dishwashing or driving a limo, when you’re hired to work in France you’ll generally sign a contract. There are three main types:

– Temporary contract: If you’re hired by a temping agency you’re likely to sign a temporary contract with the agency, who will pay your wages. This contract can be renewed once, but only if the total period of employment is less than 18 months.

– Contrat à Durée Déterminée (CDD): This is a fixed term contract, often used (and abused!) to provide the equivalent of a very long term probationary period. Over the past couple of years this has become an increasingly popular form of contract. The CDD can be renewed once only and may not exceed a period of two years. There is usually a one-off bonus payment at the end to make up for the lack of job security that this contract offers.

– Contrat à Durée Indéterminée (CDI): This is the contract you’ll receive when a company hires you on a permanent basis. It will specify an initial probationary period (up to three months), the duties inherent to the post you’ve been hired to fill and your holiday entitlements. French law stipulates that you earn two and a half days holiday for every month worked. Women are also entitled to 16 weeks maternity leave, six weeks before giving birth and 10 weeks after.

– Make sure you check the terms and conditions of employment carefully and you understand what’s written in the contract before you agree to sign.

– Employment law provisions are laid down by codified statute (Code du Travail). However, there are what’s known as collective bargaining agreements (Conventions Collectives) in many industrial and commercial sectors are these are very often binding upon employers.

Since February 1, 2000, most jobs in France are based on a 35 hour week. In 2003 this legislation was amended to allow employees to work up to 39 hours a week (or more) for a negotiable extra remuneration. As well as hours per week, this can also be calculated on a days per month/year basis.

The pay rate for overtime work hours is determined by collective bargaining agreements within different sectors, but must always exceed the regular pay rate by at least 10%. Also, an employee may not work more than 180 extra hours per year in the absence of a Collective Bargaining Agreement.

What about Working on the Black?

There was a thriving alternative economy of babysitters, gardeners, part time builders and handymen in France until the government introduced the cheque emploi system in a bid to eradicate this travail au noir .

Penalties for undercover hiring in France are heavy – so few employers are willing to take the risk. If you do choose to work on the black you won’t be liable for unemployment benefits, you might find it difficult to get health treatment and you won’t be eligible for a pension. There have been cases of employees who’ve been undeclared for several years, owning up to their local authorities and arranging to pay off back taxes so as to be liable for pensions, etc, but it’s definitely better – and less stressful – to ‘go straight’ in the first place.

Will It Be worth My While?

Be warned: wages in France are often lower than their UK equivalent, especially in rural areas. So if you’re dreaming of a little cottage with roses round the door somewhere in the heart of the French countryside and planning on earning your living too, you might need to think again. Jobs in rural areas are thin on the ground and very few trades are remunerated much above the SMIC, which is an index-linked guaranteed minimum wage [€9.61 in 2015]. In areas which rely heavily on rural tourism it may be possible to find work related to this activity, but most contracts will be part-time and/or seasonal (May to October) and, once again, paid at the SMIC rate.

‘It’s a choice of quality over quantity,’ says Graham Rees, a UK Health and Safety Officer who quit the rat race to run a cottage renovation business in Charente. ‘People who work in rural areas tend to accept that they will earn less, but in return they have a better quality of life’.

•With thanks to Heidi Fuller-Love

Previous Article How Are Savings and Investments Taxed in France?
Next Article Flocking to Sarlat’s annual goose festival