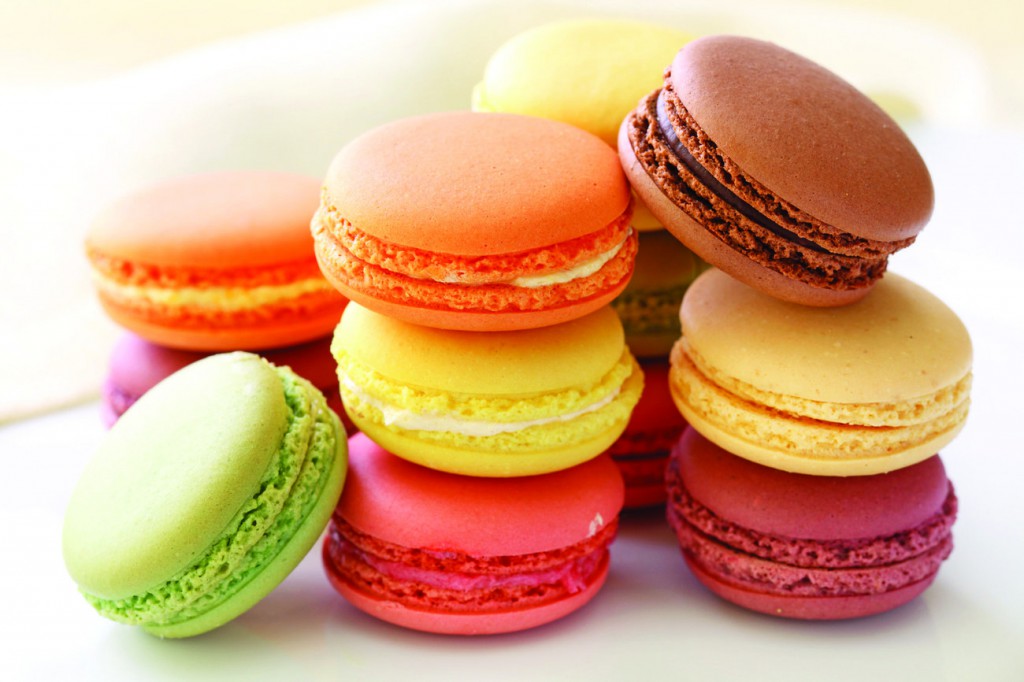 The French macaron is composed of two delicate, disc-shaped almond meringues, sandwiched together with a spot of cream or jam – a technique pioneered by Pierre Desfontaines for Ladurée, which claims to sell 15,000 of them every day. Between the more traditional flavours, such as raspberry, pistachio and coffee and the more innovative, such as salted caramel, strawberry candy and orange blossom, there is always a reason (or a boxful, tied up with ribbon) to revisit the Parisian salon de thé.

Patissier Pierre Hermé is also famous for his macarons, introducing new creations every year and experimenting with unusual flavour combinations ranging from olive oil and vanilla to white truffle and hazelnut – all handmade and beautifully presented. The recipe for these delicious little mouthfuls, which come in every colour of the rainbow (and then some) is believed to have arrived in the 16th century with Catherine de Medici, the Italian wife of Henry II of France, and her staff.

However, there are various regional variations also in existence, including the comparatively rustic-looking macarons de Nancy and macarons d’Amiens. The key ingredients may be the same: egg whites, caster sugar, ground almonds… but the results are quite different. Nancy’s variation is akin to an amaretti biscuit – light brown and cracked on the outside, soft and chewy within. On the other hand, the Amiens take comes wrapped in gold foil and more closely resembles a coconut macaroon in its shape and texture. Choices, choices…

Macarons are the new cupcakes