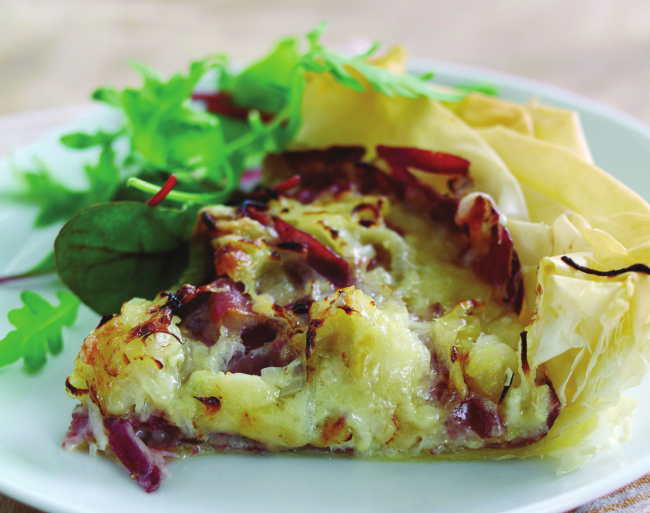 From the country’s fine rustic traditions come so many varieties and styles of French cheese to choose from, that there is a fromage to suit everyone. But there are also surprising and inventive ways of using cheese in recipes.

Dez Turland is the Development Chef at Saunton Sands hotel in North Devon, and a previous Vive le Cheese winner. Emmental is a medium hard cheese with a slightly sweet and nutty taste.

Start by melting ½ the butter and brush each filo pastry sheet. Line a 10” flan ring by layering the pastry sheets on top of each other and cook in the oven at 175oC for approximately 10 minutes or until they are golden brown.

For the sauce, add a small amount of the butter to a pan, add the shallots and rosemary and cook until soft. Add the Rattler cider and reduce by ½  hen add the double cream and bring to the boil. Whisk in the cold butter and keep warm.