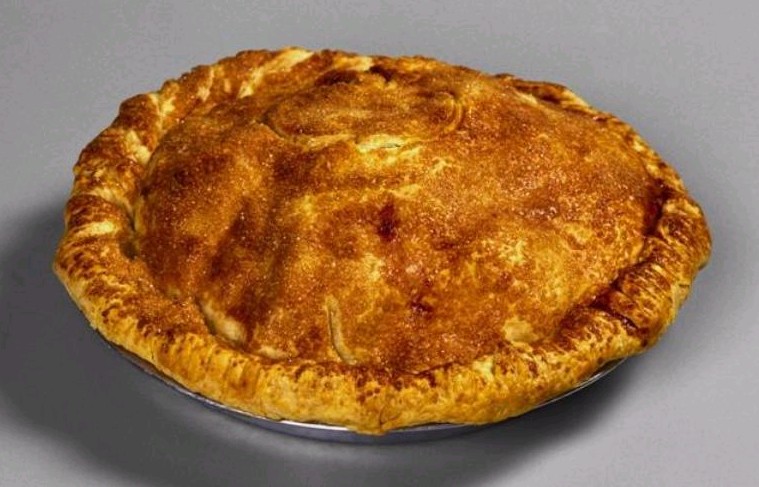 Traditionally this was made with leftover bread dough and was cooked in the bread oven, with a simple garnish on the potatoes of chopped garlic, flat-leaved parsley and fatty bacon.

Divide the dough into three. Mix the softened butter with the first third of the pastry, and then add the second and final thirds little by little. Cover the pastry with a tea towel. Leave to rise in a warm, draught free place until it has doubled in size (about 1h30). Divide the pastry into three again. Knead each third separately for a few minutes, then reform them and leave to rest for about 2 hours.

Peal and finely chop the garlic cloves. Season with salt and pepper.

Coarsely chop the bacon. Peel and wash the potatoes, then dry them before cutting them into 2mm thick slices.

Brush the pastry with the egg yolk. Put the pate in the oven and leave to cook for 1 hour. Take out of the oven and cover with a tea towel until serving. Serve with dandelion or lamb’s lettuce salad.