Comté cheese is a pressed, cooked cheese from the Massif du Jura region in eastern France. Its nutty flavour makes it perfect for hearty winter recipes such as this take on a British classic: chicken and leek pie. Combined with tarragon and double cream, this is the ultimate winter warmer to last you until spring comes back around! The recipe was developed by top chef Laura Pope and makes a great opportunity to mix classic British and French cuisine for a special wintry treat. 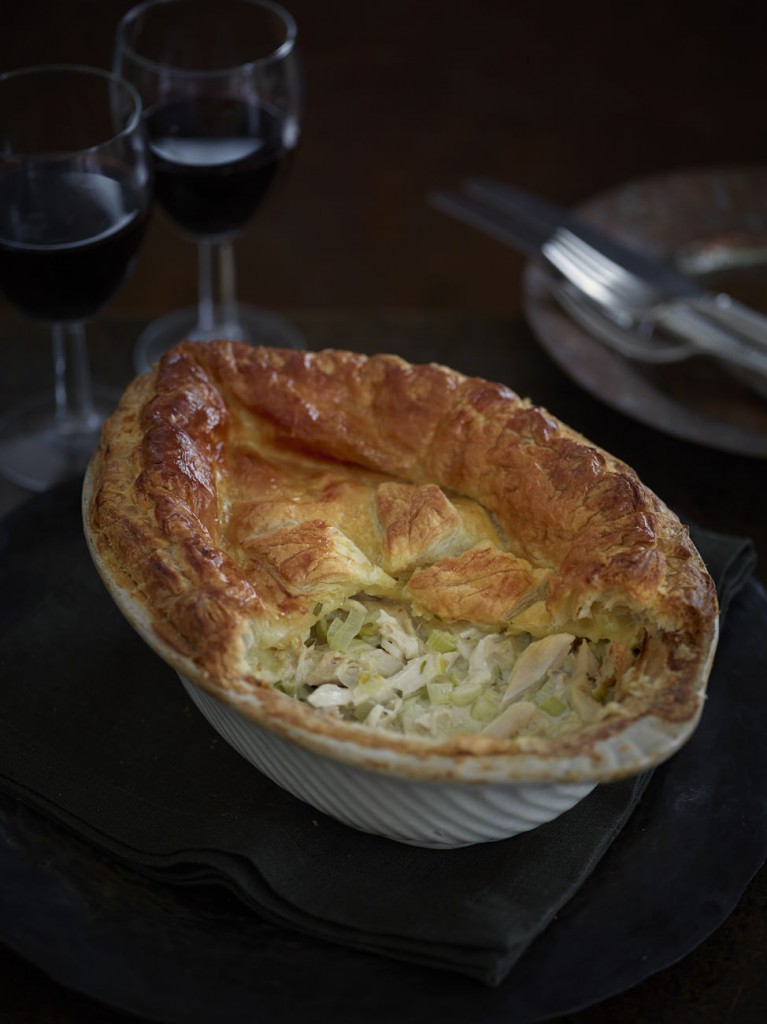 Tear the chicken flesh from the bone in large chunks and discard the skin and bones.

Heat the butter in a large pan and add the leek. Cook for 5 minutes or so, until softened and lightly coloured. Stir in the flour and cook for another minute, before gradually adding the milk.

Add the cream and simmer until the sauce thickens, then stir in the chicken, tarragon and Comté.

Roll out the pastry to the thickness of a £1 coin and cut 4 circles big enough to cover 4 small pie dishes (or you can do one big pie). Divide the mixture between the dishes and brush the rims with beaten egg.

Lift the pastry on to the pie(s), trimming off any excess. Press down and crimp the edges with a fork. Cut a couple of slits in the pastry to let the steam out and brush all over with the rest of the egg.

French onion soup from the Cévennes