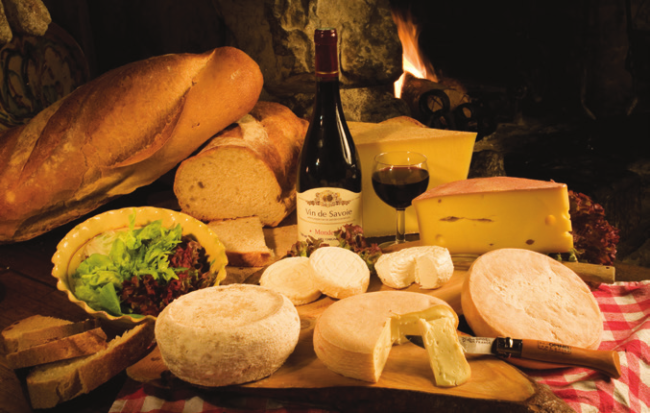 At this time of year, we’re looking forward to warm and hearty meals like those enjoyed in the mountainous Savoie department. Traditional Savoyard cuisine owes much to the special breeds of cattle grazing in the Alps.

Of the hundreds of French cheese varieties, there are eight that come from the Savoie, most of which are fairly well-known – Emmental de Savoie for example, which is full of holes. Raclette de Savoie is famously used in fondu and a favourite après-ski dish at local ski resorts: Val d’Isère, Courchevel and Méribel to name but three.

Reblochon de Savoie is soft and perfect for tartiflette, a rich Savoyard gratin made with potatoes and bacon bits. The cheese has an AOC label, like Beaufort, a type of Gruyère. Abondance, Tome des Bauges and Chevrotin (the only one made with goats’ milk) also have an AOC label. As for Tomme de Savoie, the authentic local variety has its rind marked clearly with SAVOIE.

There are three breeds of dairy cow grazing in the alpine pastures of the Savoie with bells round their necks. The Tarine is fawn coloured, the Abondance has brown patches round the eyes and the Montbéliarde is big, brown and white.

The cows’ milk is also used to make butter (beurre de Savoie) which is delicious spread on a slice of local bread, known as pain savouet. It is shaped like a Savoyard cross and made using only local ingredients and a very old recipe. 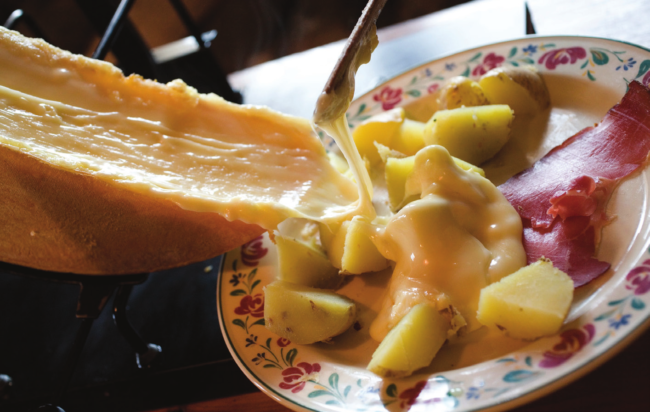 Different varieties of apples and pears grow here all year round. Some are best eaten raw, either as they are or in salads, whilst others work well in cooked desserts. In winter, of course, a delicious fruit crumble is an ideal way to enjoy them. Both the apples and the pears are also used to make fruit juices, as well as cider and perry.

In the past, these fruit trees provided food for the local porcine population that ate everything that dropped to the ground. They are commonly turned into jambon sec or saucisson sec, which meant the meat lasted longer. Regular sausages are known as diots and often cooked in red or white wine.

The Savoyard wine growing area extends from the mountains down to the lakes and covers 2,200 hectares. Wine is the second biggest farming activity after cheese making. Like the apples and pears, the Savoyard wines are well paired with the local cheeses! White wine accounts for the majority made here, but red and to a lesser extent, rosé wine is also made in Savoie. 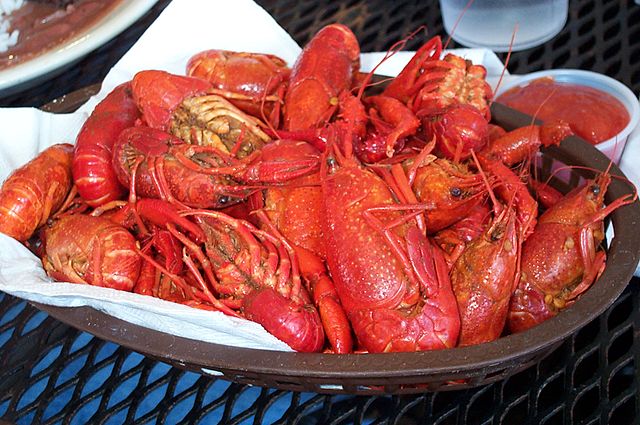 The lakes, including Lac Léman, Lac d’Annecy and Lac du Bourget (the largest lake in France) are home to lots of fish. Amongst them: trout, pike, monkfish and crayfish. The latter are the only crustaceans fished in the whole Rhone-Alpes region.