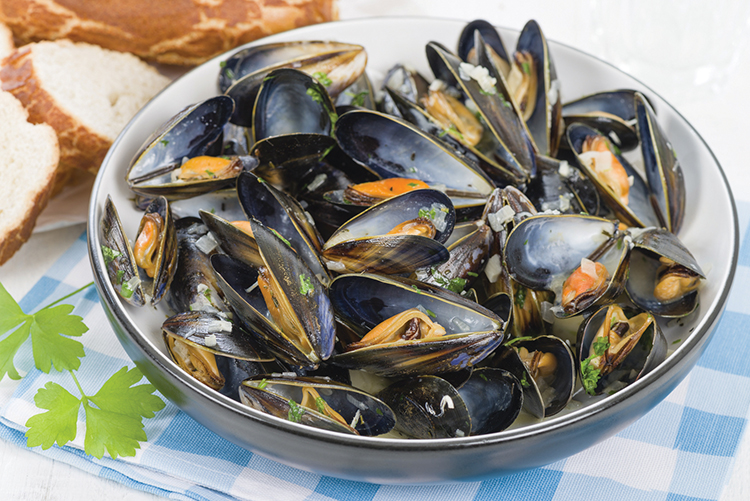 France’s most quintessential and seasonally versatile seafood dish is, in fact, Belgian. Moules marinières may have originated on the far side of the Hexagon’s northern border but today they’re considered as French as confit de canard, with variations of the same simple recipe served in steaming bowls in roadside brasseries and upmarket eateries alike. With a base of shallots, herbs and a local white wine, steamed mussels just hauled from the ocean and an optional dollop of cream, this is seafood at its most satisfying.

Quick to prepare, moules are warming over the winter and light in the summer months, traditionally served with a generous hunk of crusty bread. Nowadays it’s often on the menu as moules frîtes, presented with a side of shoestring fries as a slap-up déjeuner to rival the ubiquitous steak frîtes. A glass of crisp white wine is a compulsory accompaniment!

The story of moules themselves begins in 1235, when an Irishman named Patrick Walton was shipwrecked off the coast of the Vendée. Stranded and starving he made a net out of rope, in which he intended to trap seabirds, and attached it to wooden poles that he stuck in the water. No one but the Atlantic Ocean remembers whether or not his bird-catching apparatus proved successful – but when it buckled under the weight of hundreds of mussels latching onto the submerged wood, Walton realised that he’d stumbled upon a far more significant invention. Thus began mussel farming, which continues on ropes and wooden piles all along this coastline to this day. 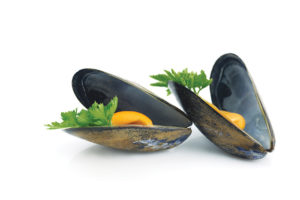 More on French cuisine and recipes