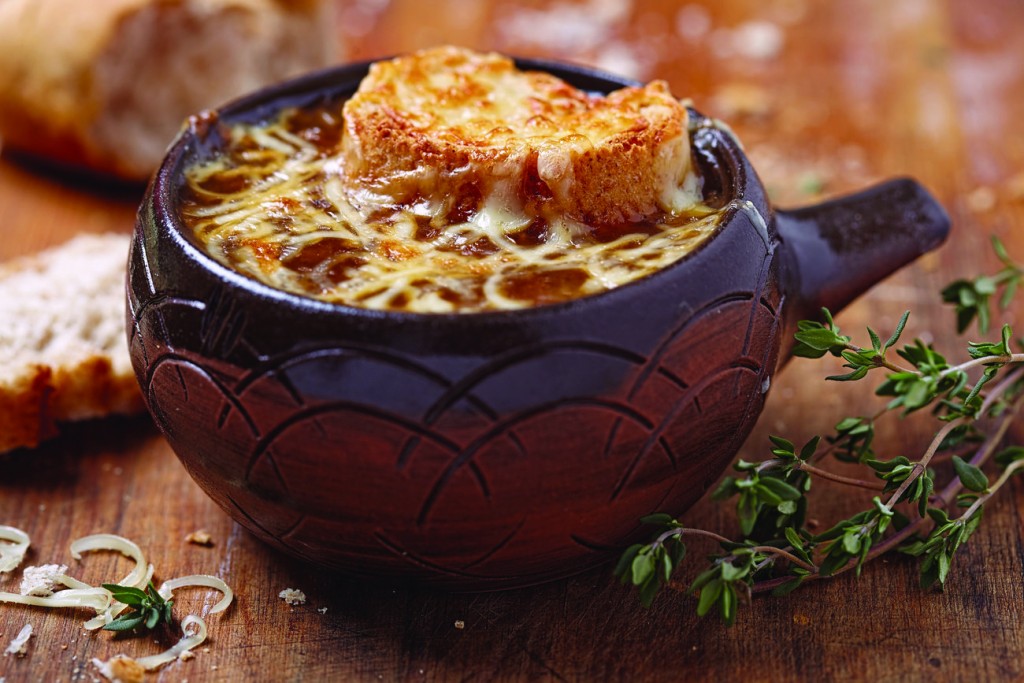 Gloriously rich and sweet, with just the right amount of acidity, French onion soup defies the modest reputation of its main ingredient. However, when the dish was invented, it was simply a case of the allium being in the right place at the right time…

The onion. It’s difficult to think of an ingredient more readily available, versatile and cheap. Modest in appearance, despite their distinctive flavours, onions don’t often get the chance to hog the limelight. Enter French onion soup, the winter warmer which finally allows the unpretentious onion to enjoy a moment of fame.

Variations of onion soups have existed in Europe since Ancient Roman and Greek periods. Regarded as a poor person’s food due to their general abundance, medieval recipes would bulk onions out into a soup by cooking them in water. The allium was thought to have restorative properties at the time so was a natural choice for soup. For centuries the onion was thus typecast, until one fateful night in France during the 18th century which would transform its reputation for good.

Legend has it that King Louis XV was hosting a party in his hunting lodge, during which he became peckish and raided the pantry, only to find butter, champagne (mais bien sûr!), and a handful of onions. Naturally, le roi set to work combining these seemingly meagre ingredients and created the first classic French onion soup.

Sweet yet tangy, savoury yet silkily rich, a well-made French onion soup flouts the allium’s wallflower status. With a backbone of beef stock, white wine and onions caramelised to syrupy perfection, it only takes a lacing of Calvados or Cognac to ensure that this dish remains fit for royalty. And let’s not forget the most important part: a golden crown of crisp crouton smothered in a melted, gloriously stringy layer of Gruyère cheese.