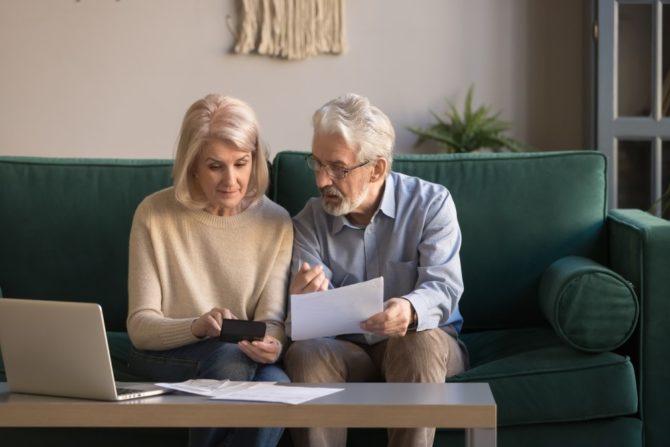 Applications for residual S1 forms for healthcare rights no longer accepted from 1 July 2014:

The Parliamentary Under Secretary of State, Department of Health (Jane Ellison):

The Government has taken the decision to cease certain payments that the UK is not obliged to make under the European Regulations governing healthcare entitlements, effective from 1 July 2014. These are payments made to UK citizens who may be visiting or residing in another Member State, and removing these entitlements could save up to £7m.

These payments are reimbursements for European Health Insurance Card (EHIC) co-payments and residual S1 forms. EHIC co-payments are the payments individuals may need to make when accessing healthcare in another EEA country, using their EHIC card where that country requires a financial contribution from its own citizens, for which reimbursements can currently be claimed from the UK. These reimbursements will cease from 1 July 2014. It will still be possible to claim reimbursements for any course of treatment received before 1 July, and for a treatment started before 1 July and continuing beyond that date during a particular stay in another EEA member state e.g. a continuous stay in hospital.

Residual S1 forms are currently issued to early retirees moving to another EEA country and not taking up employment, providing a temporary period of healthcare cover for maximum period of 30 months, dependent upon the individual’s recent national insurance contribution record in the UK. Applications for residual S1 forms will no longer be accepted after 1 July 2014. This change does not affect current holders of residual S1s or the right of UK state pensioners to access healthcare when they retire to another EEA country.

These payments are not required under EU law, so the UK is currently going over and above its European obligations. These proposals were outlined in the consultation in July 2013 on migrant access to the NHS and then in the subsequent government response, published in December 2013. “

Many phone calls, emails, together with questions in person at trade shows in the UK and in France, confirm that there is a lack of healthcare information available for those who have taken early retirement (or are contemplating it in the near future) and anticipate residing in France in a stable and regular manner. Changing country of residence is a definitive step and French health offices (Caisse Primaire d’Assurance Maladie or CPAM’s for short) are likely to apply the “habitual residence test” (see later) – thus do not treat this step lightly – because you could fail at this first hurdle!

This stage is a critical one and you are advised not to make any final decision to move to France until you have researched the current and valid healthcare information which applies to you. This is no easy task because governments often make changes and sometimes move the goal posts in the social security field ( See STOP PRESS above for example!). Healthcare research should be top of your list because, to reside in a stable and regular manner in France , you are legally required to have enough to live on without asking for French social assistance AND you must have health insurance…… State health insurance if this is possible but if not, private health insurance.

When applying to buy private medical insurance you will have to complete a medical questionnaire – note that the private health insurer is entitled to exclude certain pre existing medical conditions or may load the premium accordingly.

Who is an early UK retiree?

It is a person who is not in receipt of a UK State Retirement Pension (UKSRP).

• family status and family ties
• duration and continuity of presence in the Member State concerned
• employment situation (in particular the place where such activity is habitually pursued, the stability of the activity, and duration of the work contract)
• exercise of a non-remunerated activity
• in the case of students, the source of their income
• how permanent a person’s housing situation is
• the Member State where the person pays taxes
• reasons for the move
• the person’s intentions based on all the circumstances and supported by factual evidence.

Your first port of call whilst in the UK

Have you really decided not to work ? This decision is important because those who work in France must affiliate to French Social Security and thus are covered for basic French State health. If you do not work in France, you may then apply to the Dept for Work & Pensions(DWP) in Newcastle upon Tyne to see whether you are entitled to the short life (residual) EC Health Form S1(former E106). The right to this S1 depends on whether you have paid enough UK/NI Contributions in the last 2 to 3 years. But this residual S1 only lasts for a limited period which may be up to 30 months , which period depends on your NI Contribution record.

[See STOP PRESS! “Applications for residual S1 forms will no longer be accepted after 1 July 2014.”]

How does an EC Health S1 work once you are in France?

S1 forms are part of the EC Social Security Regulations. If granted, an S1 entitles you to basic French State health care at UK expense during the period of its validity once you have registered it at your local CPAM. The basic French State health system is a reimbursement of medical expenses system, but it only partially reimburses your State expenses. Thus most people purchase complementary health insurance to ‘top up’ some or much of the shortfall. No medical questions are asked as regards top up insurance and insurers generally offer a range of policies. Without top up, you will have to pay the 20% to 30% shortfall in the basic State reimbursement system from your own pocket.
A further sort of S1 can be issued by DWP when you become entitled to a UKSRP. Again, this will provide you with basic French State health cover at UK expense, however this sort of S1 is granted for your lifetime whilst resident in France.

You will be faced with an immediate decision if the first port of call at DWP above proves negative ……or with a subsequent decision concerning the period between the end date on the limited life S1 and the start date on a UKSRP/S1. When your short life (residual) DWP/S1 ends , your medical costs become wholly your responsibility until such time as you obtain alternative health cover.
One of the following routes may provide health cover , but in any event do not let a zero health cover situation drift on because you will be billed for medical treatment received in France – in particular heavy hospital treatment can be costly:

(b) Inactive (i.e. non working) UK citizens who have no right whatsoever to any State system of health cover and who have actually resided in France in a regular and stable manner for more than 3 months may make application for CMU (a French State health system). In this connection, the European Commission has stated: “Following continued pressure from the Commission to comply with the requirements of EU law, the French authorities established in mid-July 2013- a new centralized administrative system in Nîmes to deal with all new applications by non-active EU nationals to join the CMU. Applications should still be made to the local CPAM and, if the applicant is a non-active EU national, the application is sent to Nimes for processing. The Commission is hopeful that this new centralized system will resolve the problems of non-compliance with EU law, but notes that the 2011 Circular on CMU admission remains in place. The Commission is currently monitoring how the new centralised system is working – no reports of refusals have been received so far.”
The CMU situation has been ambiguous for a number of years , with the result that some applicants have been granted CMU and others not. The new centralized system may work better –but it is too early to say. Thus applicants are advised not to rely on this route for CMU cover before they have completed 5 years of legal and continuous residence in France at which time they may acquire a right to permanent residence status and entry into CMU.

(c)If you cannot obtain basic State health cover by any route, then your remaining option would be private health insurance.

EHIC’s are part of the EC Social Security Regulations and are issued as follows:
(a)when you are resident in the UK and, whilst you remain resident in the UK , this EHIC can be used for holidays and business trips in the EU/EEA/Swiss countries.
(b)when you are resident in France and in possession of a valid UK/S1, you must send back the EHIC issued in (a) above and re-apply for a NEW EHIC . Note that when the short life (residual) DWP/S1 expires, you cannot legally use your EHIC even if it has a later expiry date on it. This restriction does not apply once you are in receipt of your UKSRP/S1, because this sort of S1 is for life whilst you remain resident in France.

“EHIC co-payments are the payments individuals may need to make when accessing healthcare in another EEA country using their EHIC card where that country requires a financial contribution from its own citizens, for which reimbursements can currently be claimed from the UK. These reimbursements will cease from 1 July 2014”

To discuss the above and your French health insurance needs, visit the exclusive healthcare website: www.exclusivehealthcare.com

•With thanks to Ronald Wright, of Exclusive Healthcare, for this update. May 2014.